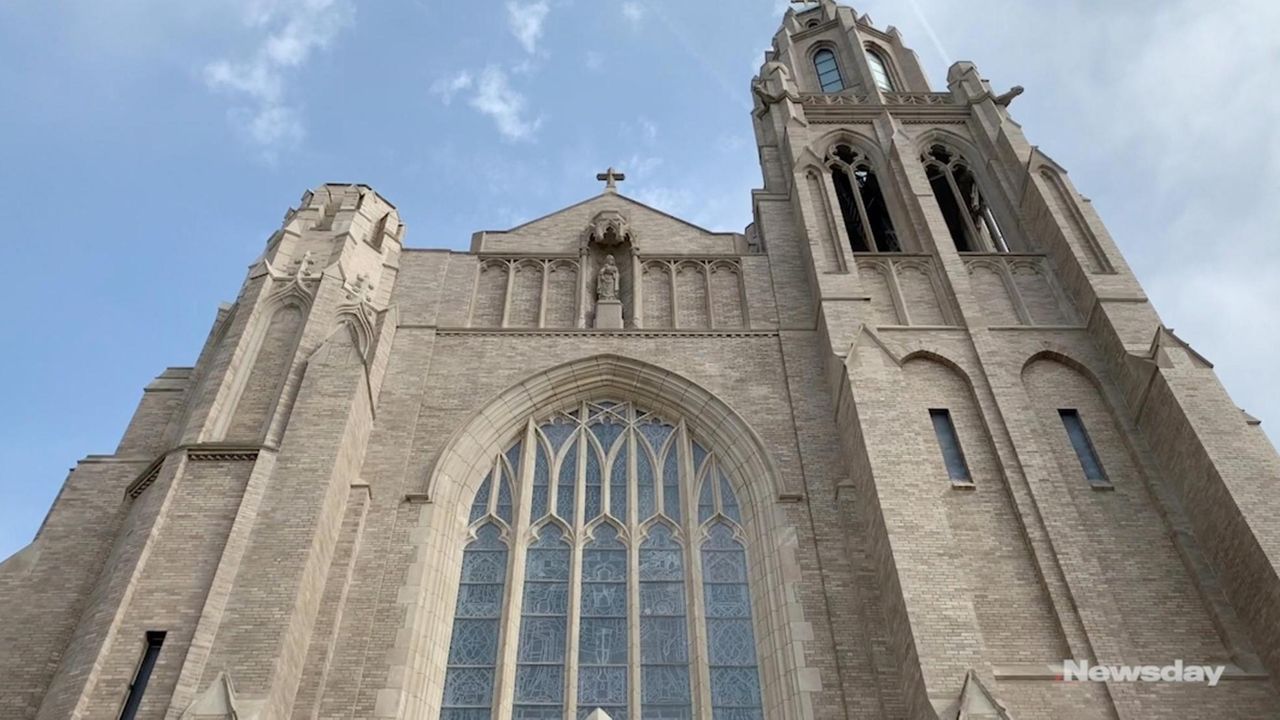 The diocese said this week that it will not release such a list now but may do so in the future.

“They are hiding something,” Janet Klinger of the advocacy group SNAP said outside the cathedral. “I think they don’t want this out. They don’t want their history to be known to the diocese. It’s an ugly history.”

SNAP, which organized the protest, called on Rockville Centre Bishop John Barres to immediately post credibly accused clerics’ names, at least those who are living “and pose threats to children right now.”

“Every day that a predator’s name is hidden, kids are at risk of horrific abuse,” the Survivors Network of those Abused by Priests said in a statement.

The diocese didn't respond to Thursday's protest, which was attended by a handful of advocates, but diocesan spokesman Sean Dolan said Monday: “At this time, the diocese believes that while the investigations of claims and allegations are ongoing, it is premature to release a list of accused clergy,” though it remains under consideration.

He added that “not a single priest or deacon of this diocese is currently in ministry who has been the subject of a credible and substantiated claim of abuse against a minor,” and that the diocese turns over to law enforcement any allegations of sexual abuse against minors by clergy.

Another advocate at the protest, Brian Toale, said the diocese was intentionally keeping the list hidden.

“Central to their strategy is keeping secrets,” Toale said.

If the names of more accused clerics get out, it could lead to more lawsuits after the Child Victims Act takes effect in August in New York State, he said. The measure raises the age by which victims can pursue criminal charges against abusers to 28, and allows survivors to file civil suits up to age 55.

That in turn would lead to the legal process of discovery that should reveal greater information about sexual abuse by clergy in the diocese, he said.

SNAP called on Catholics to withhold donations to the diocese and instead send their money to groups supporting sex abuse victims.

“We don’t want people to sit on their wallets. In fact, we urge Catholics to be more generous than ever, but to give to organizations that help kids and fight abuse, not those that hurt kids and hide abuse,” said Klinger, of Plainview, SNAP’s Long Island leader. “It’s irresponsible for followers to financially reward officials who act irresponsibly.”

If Barres does disclose the diocese’s list, SNAP said, it should include the photos and whereabouts of the priests, which would help survivors identify their abusers and protect kids.

Where these priests are now is important because nearby parents and prospective employers should be warned about their presence, the group said. “That is the single best step the diocese could take to prevent more horrific crimes against more innocent kids,” Klinger said.

Many dioceses and orders began releasing the names of suspected abusers after a grand jury report released last summer detailed decades of allegations in the Roman Catholic Church in Pennsylvania.

On Friday, the Archdiocese of New York identified 115 priests and five deacons who had been accused of sexually abusing children in one of the largest disclosures by the church. It added to the hundreds of other names divulged by dioceses and religious orders nationwide in recent months as the church wrestled with a sex abuse scandal.

Many of the priests named by the archdiocese served years or decades ago, and are defrocked or dead. The majority of the abuse took place between the 1950s and the 1990s.

Dioceses in Brooklyn, Newark and Hartford, along with the Jesuit province that includes New York State, also have released similar lists.

Dolan said law enforcement authorities “have the names of all clergy known to the diocese who have been accused of sexual abuse of minors.” The Long Island diocese “remains vigilant in its protection of all minors,” he said.

He noted that the diocese has implemented an Independent Reconciliation and Compensation Program “to offer the opportunity for some measure of healing and justice to those who were abused by diocesan clergy.”

Under the program, people sexually abused by clergy in the diocese receive financial compensation if they agree not to sue the diocese.