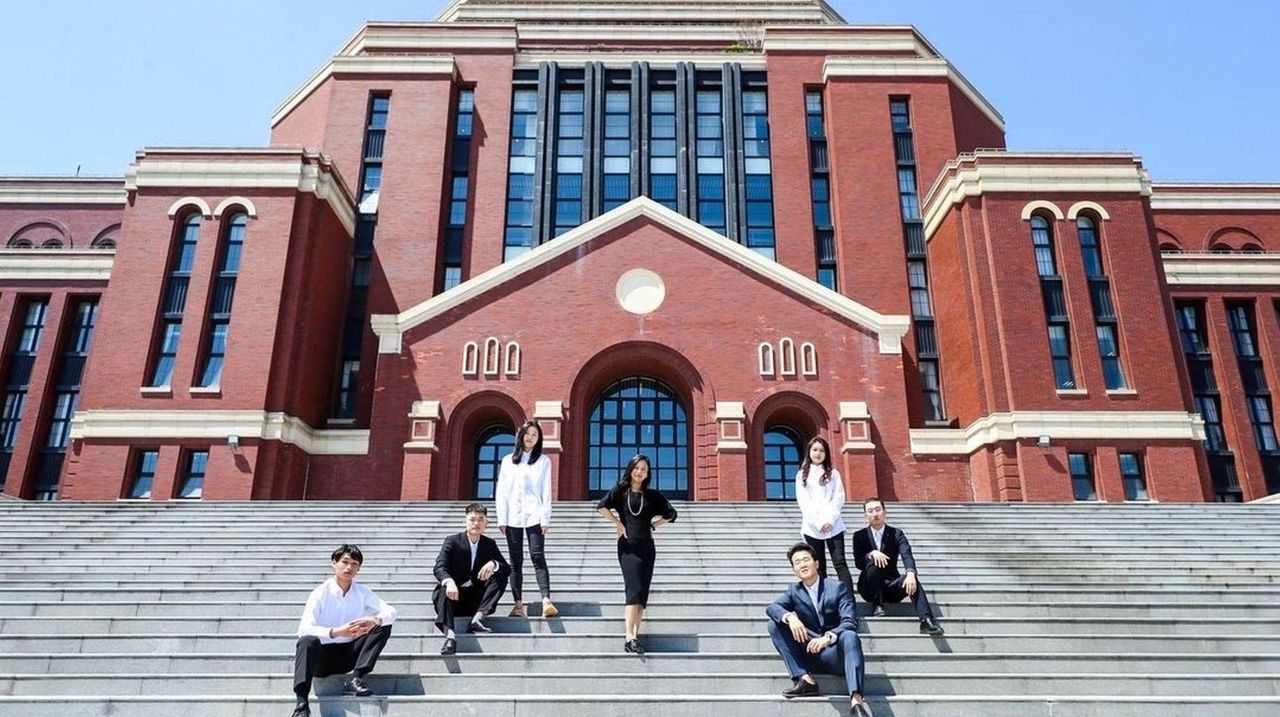 The Stony Brook School is taking its online education global, with the hopes of expanding the Long Island-based program to 100 countries in 10 years. Credit: Newsday / Raychel Brightman

The Stony Brook School had to move its curriculum online last year like most schools amid the COVID-19 pandemic, but for the private prep school, the shift is proving to be a silver lining to the crisis.

The school is taking its online education program global — and its leaders tell Newsday their goal is to expand the Long Island-based program to 100 countries in 10 years.

Stony Brook has signed contracts with two elite schools in China and is close to another with a center in South Korea.

"Our reputation is opening doors for us," said Joshua Crane, head of the Stony Brook School, which includes local day students and boarders from around the world. "The desire to reach more people is burning in our hearts. We can only serve so many kids here, 425, and we’re full."

It is all happening because the pandemic prompted the 7th-12th grade school to accelerate its online educational program.

Crane said the global program, called "Gravitas," has "enormous potential for us and we really see it as a big part of our future."

While Stony Brook is focusing on overseas, where many of the potential students are affluent, it is also bringing its brand of education to poor urban areas in the United States.

This fall it is launching a pilot program in Los Angeles where five Latino and African-American students will win scholarships and receive a prep school education online.

Though foreign students overseas can obtain U.S. high school diplomas online, there are few U.S. prep schools taking their program to other countries where they partner with schools and grant joint diplomas the way Stony Brook is, said Myra McGovern, a spokesperson for the National Association of Independent Schools, which represents 1,900 private schools.

The Stony Brook program, a combination of taped online videos, in-person instruction locally and instruction live-streamed in from the United States, generally will be run in conjunction with other top schools overseas or "micro-school" clusters where students gather, as opposed to sitting at home alone.

"What we don't want to have is Zoom fatigue," said Sean Riley, who is heading Gravitas for Stony Brook. He is recruiting additional American teachers including college professors for the program.

The schools in China are in Beijing, the capital, and Shanghai, the country’s largest city. The study center in South Korea is in Seoul.

The students in China will pay tuition of $16,000 a year, on top of regular tuition at their home schools, to get the degree from Stony Brook. The courses will be taught online by Stony Brook School teachers, who will make videos in a recording studio that the school is renting in the basement of a church in East Setauket.

Educational aides will also be on hand at the overseas locations to assist students. The students will work on the Stony Brook program evenings and weekends, in addition to their regular schooling.

The program "has the potential to be a transformative experience, affording both of us boundless possibilities," Dr. Huiqin "Nancy" Wang, head of Trinity Global Academy in Shanghai, said in an email.

"I am very much looking forward to the two schools joining forces and acting together as pioneers to accelerate 'Education New Normal,’ " she said.

Her academy, a boarding school, will enroll up to 100 students in grades 9 and 10 for the fall, with 30 of them joining the Stony Brook program, Riley said. They will have to qualify first, scoring high on the TOEFL English-language test and proving they are able to take AP level courses.

The school charges $31,000 a year, plus the Stony Brook tuition. The students hail from China’s emerging upper class.

The school in Beijing, Chaoyang Branch School, is affiliated with Renmin University of China, one of the most prestigious in the country. They expect to enroll up to 50 students in grades 9 and 10 in the fall, though Gravitas instruction will begin next summer.

"It’s a feather in our cap for sure to have that level of partnership with a school of that prowess," Crane said.

The study center in Seoul is signing up students for the fall as well.

Stony Brook is talking with other schools in the Middle East and Africa, Crane said. The programs will be conducted in English initially, but Stony Brook is considering translation services.

Stony Brook enhanced its online program partly because many of its 100 or so international students could not make it back to the United States throughout the pandemic and received their education online last year.

"The actual practice of delivering online education this year has really helped us, we believe, refine and come up with a better product than we would have if we just started out of the gate," Crane said.

Meanwhile, the program in Los Angeles will be based at the R.O.C.K. (Reaching Out Christ's Kingdom) church, a multi-ethnic congregation that is part of the Reformed Church of America.

"A lot of kids in our communities are brilliant, gifted, talented, academically, athletics, arts…" but don’t always have the opportunity to thrive, said Peter Watts, founding pastor of the church near the historic West Adams and Pico Union neighborhoods.

The students will study from 8 a.m. to 3 p.m., with the help of an instructor, and then engage in extracurricular activities. One possibility is joining a rowing club in Los Angeles, potentially setting up some students to win crew scholarships to top colleges, Watts said.

"They’re going to be able to provide that kind of experience that they would get at a Harvard-Westlake," Watts said, referring to a prestigious prep school in Los Angeles where tuition and other costs can surpass $45,000 a year.

But he said the benefit will go both ways. Students will bring their experiences and perspectives to Stony Brook. Some may be able to spend a summer boarding and studying on campus, making use of its STEM and arts facilities and taking excursions to the city and the Long Island shore.