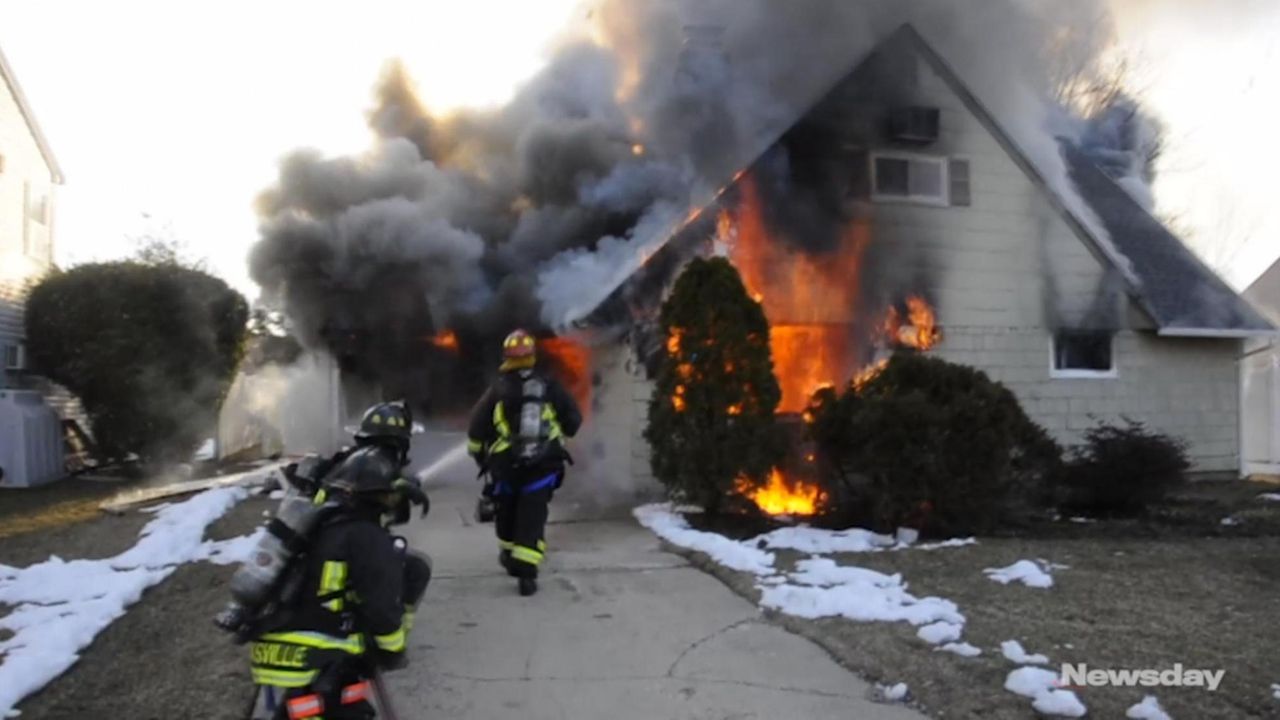 Two people suffered minor injuries in a Hicksville house fire Saturday morning, authorities said. The cause is being investigated, but authorities are focusing on a possible electrical malfunction. Credit: Stringer News

A 55-year-old man and his 20-year-old daughter were treated at Nassau University Medical Center and released, fire officials said. He suffered burns and she was treated for smoke inhalation.

Michael Uttaro, Nassau County assistant chief fire marshal, said the fire is not believed to be suspicious. The cause remains undetermined pending investigation but authorities are focusing on a possible electrical malfunction.

The fire started in the Bunker Lane home's kitchen, which had been undergoing renovations, and the flames spread, Hicksville Fire Department dispatcher Chris Mercadante said. The blaze was reported around 7:30 a.m. and under control by 9:10 a.m., he said.

"The house is a total loss," Uttaro said.

A Nassau County police spokesman initially said three residents had been transported to a hospital for treatment but fire officials said it was only two patients.

CORRECTION: The number of people injured and the nature of the man's injuries were incorrect in a previous version of this story.

Even with COVID on the brain, 'You have to respect the flu,' doctor says
Cops: Driver seriously hurt in Eastport crash
Threat prompts stepped up security at Hicksville schools, official says
Smaller Huntington eateries could serve alcohol if town approves code change
Get ready for green: Lindenhurst plans first St. Patrick's Day parade
1:54
LI's COVID-19 positivity rate at 6.04%, highest in nearly a year
Didn’t find what you were looking for?