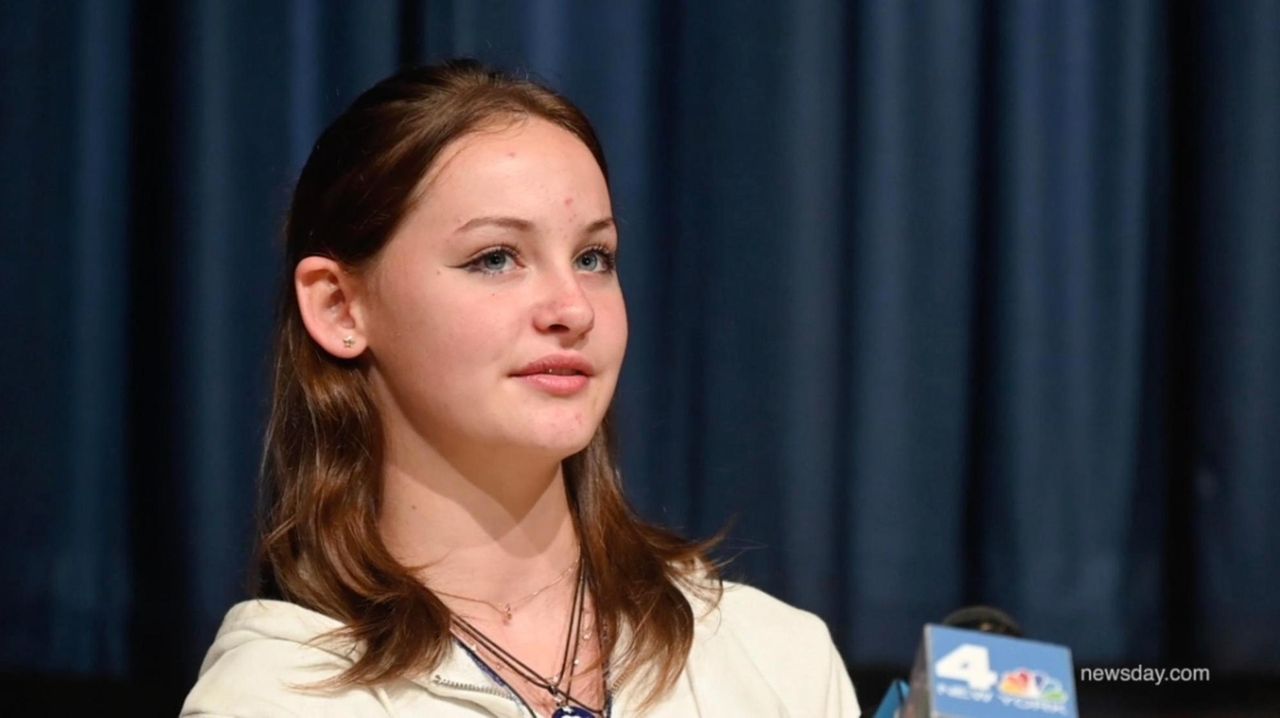 David Cook, a custodian at Rocky Point High School, talked about using the Heimlich maneuver on freshman Avery Ward, who started to choke while eating a french fry in the school cafeteria.  Credit: James Carone

Avery Ward was eating a french fry as she sat with her friends in the Rocky Point High School cafeteria Thursday, when she started to laugh and then choke.

The freshman tapped her throat, desperately trying to show that she couldn’t breathe.

"The last thing I remembered was another teacher came running over to ask if I was OK and then I passed out," the 15-year-old recalled.

David Cook, a custodian at the school, was at the other end of the cafeteria when he heard there was a medical emergency and came to the rescue. He used the Heimlich maneuver, which he’s seen on a sign at his job for 20 years, to save Ward. Monday, he was recognized for his actions at a news conference at the high school.

At first, Ward said, she thought "it was just like normal like sometimes you cough when you eat and then I tried to talk and that’s when I realized like ‘Oh my God,' I couldn’t breathe. And then I started freaking out."

Cook got behind Ward and put his arms around her to perform the maneuver.

"It took me about five thrusts to get it dislodged out of her mouth," he said. "And once I dislodged it I was very relieved."

"I kind of woke up to Mr. Cook and everyone standing around me and just everyone was silent, like the entire lunchroom," she said. "Even until I got to the nurse’s office it was still like very fuzzy. I don’t remember much of it."

Cook said he was "very overwhelmed" by the incident as he thought of his own children.

"This is somebody’s daughter and I had to do what I had to do," Cook, a father of four, said, adding he had to perform the Heimlich maneuver on his son when he was 7 years old.

Cook recalled when he first started working overnight at the school and saw the sign for how to perform the maneuver.

"Every night walking to clean the bathrooms, I’d see that picture, choking victim, how to do the Heimlich," he said. "I’d look at it every night just walking and when I did my first one, years ago, that popped into my mind."

"Mr. Cook did receive over 25 responses from staff members, just saying ‘way to go, Dave,’" Hart said. "You could kind of feel at the end of the day on a Thursday that people were really feeling it and they were really happy. We’re definitely moved."

Grateful for Cook’s help, Ward said she plans to learn the Heimlich herself.

"Everyone should definitely know it," she said. "Even if it’s just one person out of the group."