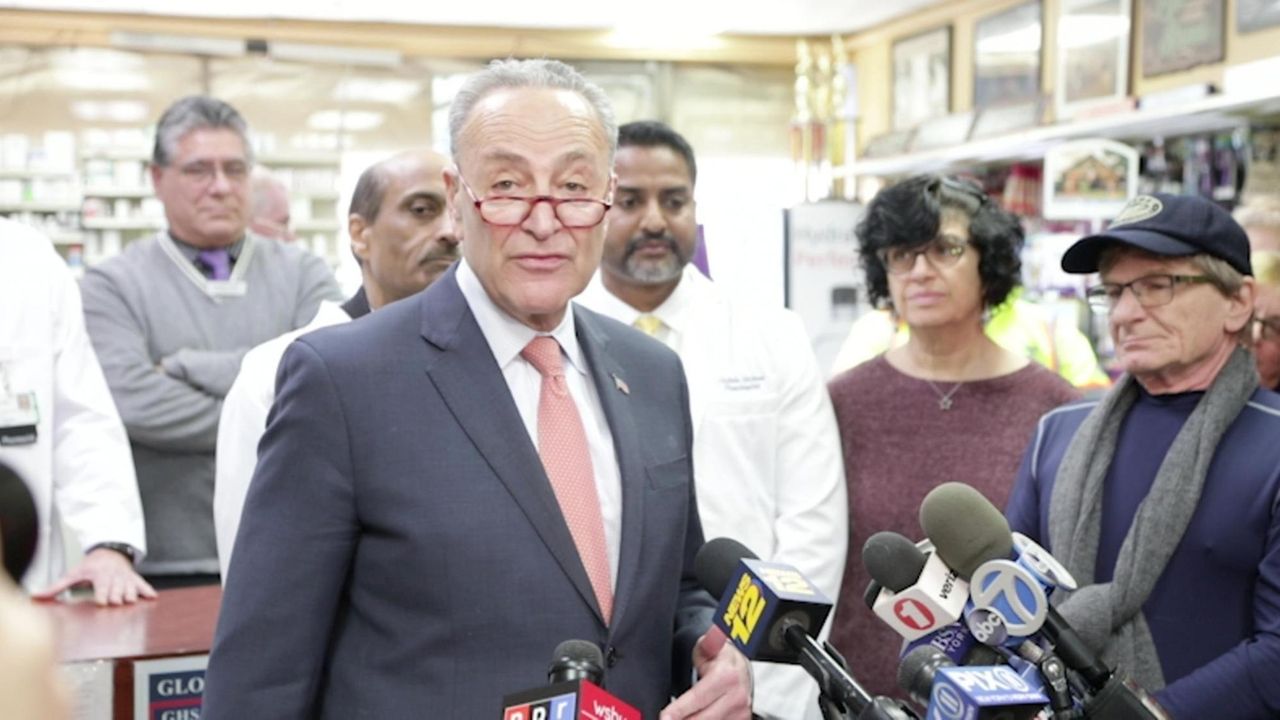 Long Island Reps. Peter King and Thomas Suozzi have introduced bipartisan legislation that would retroactively restore the full State and Local Tax (SALT) deduction that was capped as part of the GOP's 2017 tax reform measure.

The King-Suozzi bill, introduced Friday on the second day of the 116th Congress, would repeal the $10,000 cap on SALT deductions, which the two lawmakers called "unfair" to Long Islanders who pay disproportionately higher property taxes than other parts of the country.

"The elimination of the state and local tax deduction is a punch in the gut to Long Islanders," Suozzi (D-Glen Cove) said at a news conference Monday outside the home of Farmingdale Deputy Mayor William Barrett. "It's unfair to everyone on Long Island."

King (R-Seaford) charged that New Yorkers already get "short changed" by federal government, getting 79 cents back from Washington for every dollar they pay in taxes — or a shortfall of $48 billion annually. He called the SALT cap a "disgrace" and unfair to residents who purchased homes on Long Island expecting to utilize the deductions.

"We are subsidizing the rest of the country," King said. "This deduction is one of the few breaks that New York does get to partially offset what we provide other states."

King's Second District and Suozzi's Third District are among the top 25 nationwide for state and local tax deduction claims, according to data from the Urban-Brookings Tax Policy Center,  a non-partisan think tank in Washington, D.C.

More than 250,000 families, or 43 percent of households in Suozzi's Third District, which covers most of Long Island's North Shore and parts of Queens, claim the state and local tax deduction at an average rate of $18,300, staffers said. More than 207,000 households, or nearly 48 percent of residents in King's Second district, which straddles Nassau and Suffolk counties, claim a SALT deduction of just over $20,000, officials said.

Both King and Suozzi voted against the $1.5 trillion tax package, which narrowly passed the House and Senate in December 2017. The law provides tax breaks for corporations and most middle-class families, but limits deductibility of state and local income and property taxes to $10,000 on federal tax returns.

On Long Island, where residents pay among the highest property taxes in the nation, roughly 530,000 homeowners, or 36 percent of all tax filers in Nassau and Suffolk, are affected by the cap. The average SALT burden is higher than $10,000 in 52 of 62 New York counties.

Kyle Strober, executive director of the Association for a Better Long Island, which represents real estate developers, said he is holding off purchasing a home with his wife because of the cap on SALT deductions.

"The loss of SALT would be devastating to our economy here, particularly because strong communities are built on homeownership," Strober said.

The King-Suozzi Bill must first clear a vote in the Democrat-controlled House Ways and Means Committee before it heads to the floor for a full House vote.

1:56
De Blasio: After opt-in about 40% of students to be in schools
1:19
Patchogue dedicates plaque in memory of Marcelo Lucero
Regents board starts process for diversity, equity and inclusion
Suozzi joins Democratic lawmakers for fact-finding tour of southern border in Texas
Suffolk police training most diverse class in department history, officials say
Huntington board moves forward with development of senior housing at Indian Hills
Didn’t find what you were looking for?