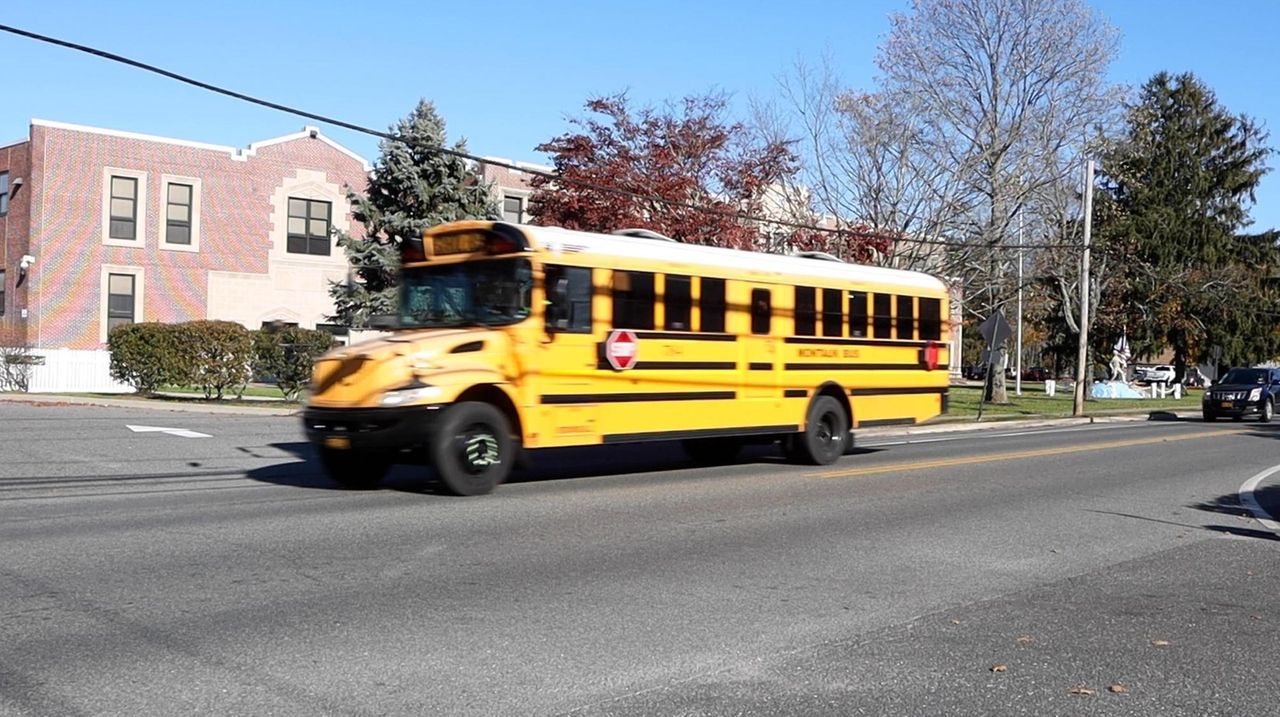 Long Island school officials and county leaders said Thursday that they will do everything they can to keep schools open, even as the counties’ infection rate exceeds the 3% seven-day threshold that has shuttered schools in New York City.

The announcement Wednesday that New York City was shutting down in-person learning in schools reverberated among Long Island educators, officials and parents, worsening their worries that the Island could follow suit. Concern already had been rising due to the coming of the holidays and the surge of cases already occurring here, throughout the nation and beyond, they said.

They responded Thursday in a strong chorus of calls to keep schools open, pointing to science suggesting schools are not major vectors of transmission for COVID-19 — unlike gatherings such as parties, bars and family get-togethers.

Moreover, should the Island's infection rate escalate, they said they prefer to continue with the existing method of determining shutdowns on a targeted basis specific to individual schools and districts, with the decisions coming from local school officials.

"I believe we need to do everything we can to keep schools open. Kids clearly learn better with in-person instruction," said Ron Masera, superintendent of the Center Moriches school district and president of the Suffolk County School Superintendents Association.

Masera pointed to a Suffolk County Health Department analysis of about 900 virus cases in Suffolk that determined schools were not a major vector in the community spread of the virus. If anything, Masera said, he believes keeping schools open helps reduce community spread.

Keeping kids in school also benefits their emotional health, and allows parents to continue working rather than having to take time off to watch over their children, said Bill Heidenreich, superintendent of the Valley Stream Central High School District and president of the Nassau County Council of School Superintendents.

"With remote learning, kids aren't getting out and interacting with their peers," Heidenreich said. "For parents, it's burdensome. It has all kinds of impacts on the economy."

Long Island on Thursday had a single-day infection rate of 3.1%, which was actually calculated from Wednesday's figures. It represents a dip from the 3.5% on Monday and 3.6% on Tuesday, according to state figures.

New York City Mayor Bill de Blasio had set 3% as the threshold for closing schools there. But the state threshold, announced by Gov. Andrew Cuomo this summer, stands at 9% over a 7-day average. The 7-day average on Long Island is 3.26%, the state figures showed.

Jenna Prada, a Huntington mother who has a daughter in second grade and a son in prekindergarten, said she expects more school shutdowns on Long Island, especially considering the upcoming holiday season. Island schools, for the most part, are open to in-person learning, with scattered closures occurring.

Widespread school shutdowns would be a disappointment, Prada said, considering that her daughter's school, Flower Hill Primary School, has been gradually opening to more five-day, in-person instruction since the beginning of the school year.

"It's working. Kids have been very good about keeping masks on," she said.

Prada, who works at home managing corporate functions for an education company, said "if the schools go full remote, I would have to work 8 to midnight."

While her daughter, Liliana, had adapted well to remote learning, it's another story for her 4-year-old, Andre.

"Doing remote for a 4-year-old is a little silly," Prada said. "He's interested for about 30 minutes. And that's that."

Jessica Leavey, a Ronkonkoma mother with a teen daughter in Connetquot High School, said she believes students have a higher chance of contracting the virus if schools shut down.

"They're going to end up hanging out with friends," Leavey said.

Opening the schools has been a "saving grace" for her daughter, whose mood improved when she could go to school and see her friends, she said. "All these kids are nervous about a shutdown," she said.

Teacher leaders echoed that faith in the schools to prevent community spread.

"They feel safe in the schools," said Perry Fuchs, a science teacher at Plainedge High School, who leads the union there.

Fuchs also favored a shutdown strategy that focuses on individual schools rather than sweeping closures across Long Island.

"If Syosset has a problem, close it down, but let Plainedge stay open," he said.

The science backs up the idea that schools are not the spreaders, said Dr. Sharon Nachman, chief of pediatric infectious diseases at Stony Brook Children’s Hospital.

"Right now, even when there is an event in a school, we're not seeing any downstream effects," she said. "We're not seeing other students and staff getting it. … The schools are not the transmission events."

The process of closing down Long Island schools is different from that of New York City, where the mayor controls the decision-making process. In the summer, Cuomo had said the state would close schools in a region where there was a seven-day rolling average of 9% or greater. Long Island is considered a single region.

Up to now, the closures here for individual schools and districts have been decided by school officials in that district, who work with the local health departments.

County leaders, for their part, say they are doing what they can to tamp down the surging infection rate, adding testing sites, strengthening their messaging and bearing down on contact tracing.

On Thursday, Suffolk County Executive Steve Bellone announced what he said was the first county program on Long Island to test students in schools. Bellone said a free targeted school testing program has started in Hampton Bays, where the testing positive rate reached 6.5% over a five-day period, and will start Friday in Riverhead.

"We've seen a surge of cases across the county," Bellone said. "We need to get this under control."

Nassau officials said there was no need for such school-specific programs at this time.

Is your child falling behind in school during the pandemic?Local education experts are discussing distance learning: where it's working, where it's failing and how parents can get help. See what percentage of people around you are fully vaccinatedSee vaccination rates by ZIP code, and more COVID-19 data. What you need to know about the new statewide COVID restrictionsWe answer your questions about New York State's new limitations on restaurants and bars, gatherings in private residences and more. Sign up for COVID-19 text alerts