There’s a new guard at two Long Island state parks: drones that fly over the Atlantic Ocean to protect swimmers from any sharks that might mistake them for prey fish.

Though the drones must be flown by a ground pilot with an FAA license, they cost much less than helicopters, officers can be deployed based on live video feeds, and they have a variety of uses, including managing traffic, Maj. Anthony Astacio, commanding officer for state park police on Long Island and in New York City, said on Friday.

“It just makes perfect sense, doesn’t it?” he said by telephone.

Drones have soared over Wantagh’s Jones Beach and Babylon's Robert Moses State Park since Memorial Day, but the new program was not announced until after two children were bitten on Wednesday in the waters off Fire Island. 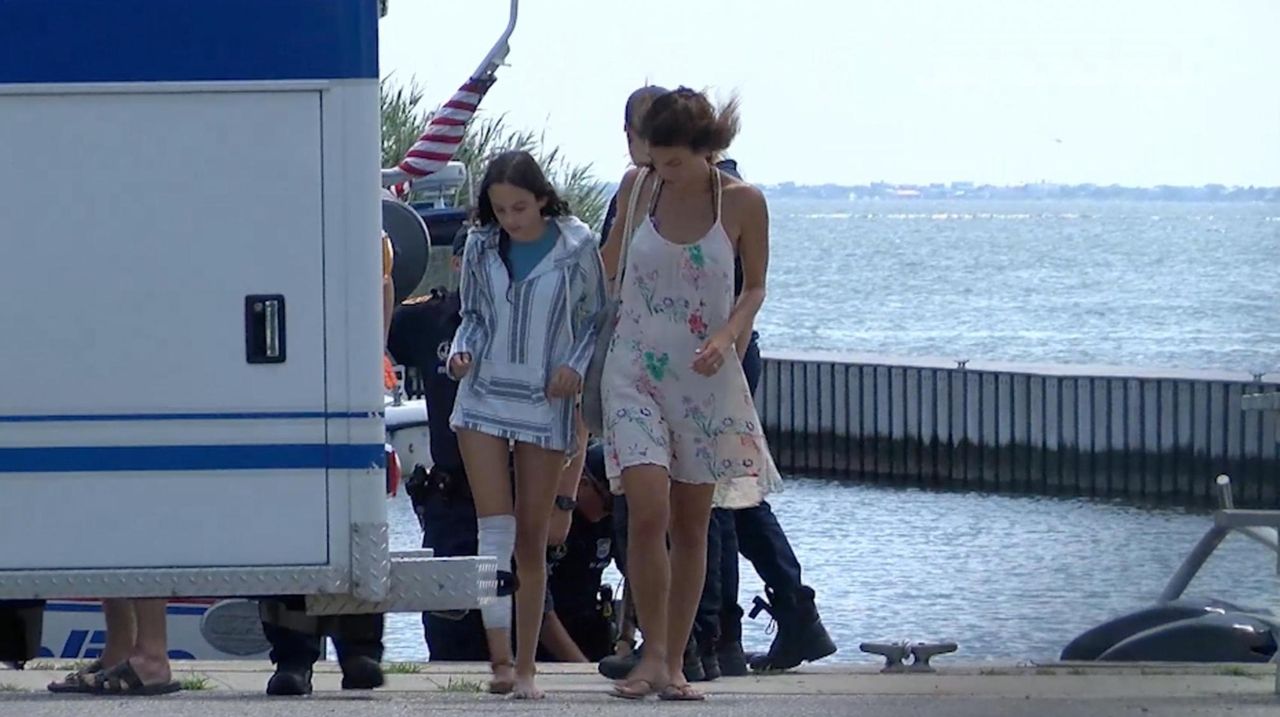 A state Department of Environmental Conservation official confirmed Thursday that one of the victims, a 13-year-old boy, was bitten by a shark after a tooth fragment pulled from his leg was analyzed. The age and size of the shark could not be determined.

The other victim, a 12-year-old girl, is also believed to have been bitten by a shark based on the nature of her wound, the official said.

On Friday, the DEC said it was returning the tooth to the teen “at their request.”

“Along with the drones, we also have state park police marine units patrolling Long Island beaches, along with bay constables for town beaches,” Astacio said. “The extra eyes on the water make people feel safe, keeps them safe. This was a concerted effort on everybody’s part." 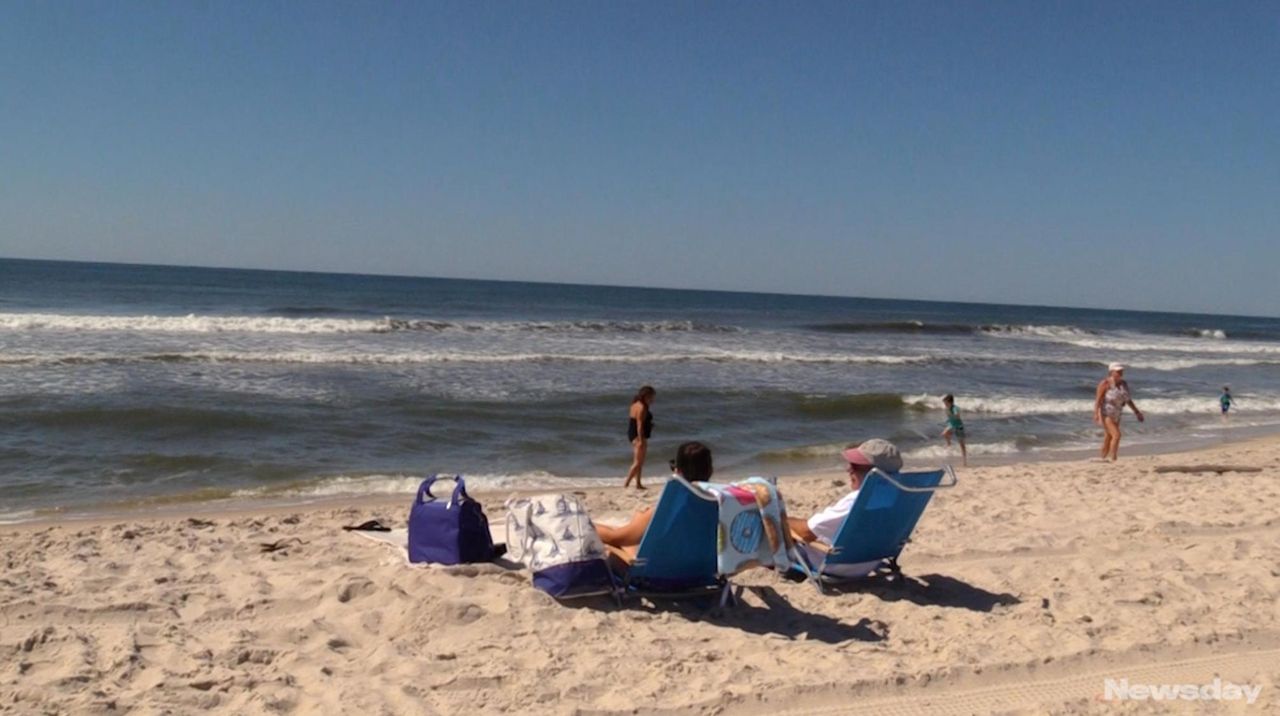 Long Islanders get back in the water after suspected shark attacks On Thursday, Long Islanders headed to the beaches and back into the water, one day after two children were bitten while swimming in Fire Island. NYS DEC commissioner Basil Seggos says there are sharks in the waters but he would have no issue getting in the water today. Credit: Newsday / J. Conrad Williams Jr; James Carbone, News 12 Long Island

Drone surveillance can raise privacy concerns, and Astacio noted that they are flown by officers who could lose their FAA licenses if misused. The system has limited storage so not all footage is archived.

The New York Civil Liberties Union, in a statement, said, “Given the shark activity this week, wanting more eyes and ears out there to keep people safe is understandable."

It added, "Law enforcement must have clear policies in place to ensure that privacy is protected, including limiting how much data can be collected, how long it is retained, and prohibiting integrating the drone footage with other invasive surveillance technology like facial recognition software.”

Attendance at the two state parks on Friday was normal for a sunny day. The normal weekend schedule, with extra lifeguards and extended hours, will be followed at Jones Beach and Robert Moses, though clouds or rain might keep people away.

“Lifeguards are constantly surveying swimming areas for potential threats and law enforcement is assisting with increased monitoring. There have been no sightings or closures at NPS lifeguarded beaches,” a spokeswoman said.

Swimmers at Robert Moses’ Field 2 twice were ordered out of the water Friday, first after a 5- to 6-foot sand shark was caught 200 yards from the swimming area, and then when a 4 to 4-and-a-half foot shark was landed near the same spot, said George Gorman, Long Island deputy regional director, state parks. Both sharks were released as required.

Sharks found off Long Island are classified as overfished and prohibited species so they must be immediately freed if caught, National Oceanic and Atmospheric Administration shark researcher Tobey Curtis said.

There is a reason anti-shark carbon wet suits, electric charge devices and the like are far from the norm on Long Island — the predators found near the beach, such as sandbar, tiger, and young great whites, are fish-eaters, Curtis said.

Experts agree that shark attacks are exceptionally uncommon in New York, especially given how many millions of people go swimming in the ocean every summer.

“You have a risk of shark bites whenever sharks and people are in the water…and very, very few bite,” Curtis said.

Yes, at LI beaches, you're swimming with sharksShark attacks are rare, and they are not telling of normal shark behavior, a researcher says. DEC official confirms boy was bitten by sharkShark attacks are uncommon on Long Island, and the predators probably were pursuing bunker fish, swordfish or some other species, experts said. Officials: 2 possible shark attacks off Fire IslandTwo people were bitten in the waters off Fire Island in two possible shark attacks, and multiple beaches have been closed to swimming, officials said.