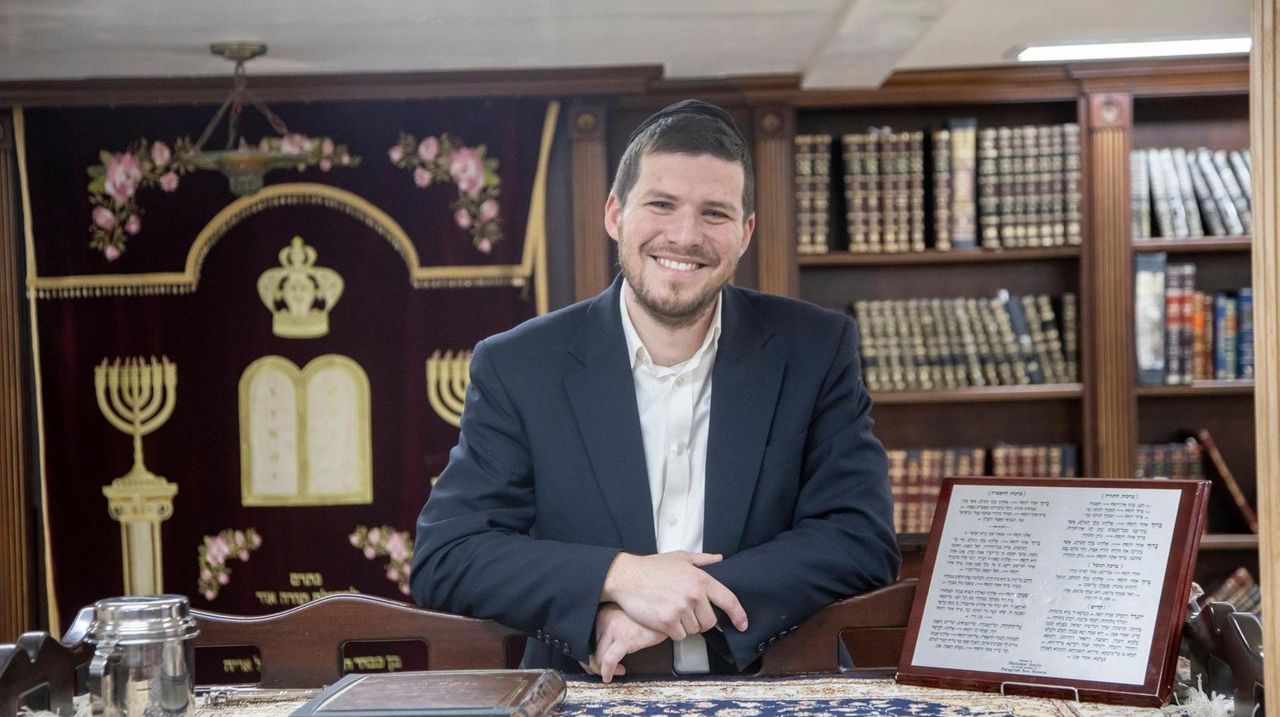 Singing, dancing and prayers to inspire communal celebration will highlight the gathering of 92,000 Jewish people at MetLife Stadium on New Year's Day, an event that marks the conclusion of a 7 1/2-year cycle of reading the Talmud and its commentaries. Credit: Howard Schnapp

Singing, dancing and prayers to inspire communal celebration will highlight the gathering of 92,000 Jewish people at MetLife Stadium on New Year's Day, an event that marks the conclusion of a 7 1/2-year cycle of reading the Talmud and its commentaries.

The mammoth gathering, called Siyum HaShas, has moved to larger and larger venues over the years, bringing together mostly Orthodox Jews in a powerful celebration of unity and community, said the event sponsor, Agudath Israel of America.

The Talmud is the compilation of Jewish law and tradition as well as religious, philosophical and ethical wisdom embodying the classical teachings of Judaism. The "Daf Yomi" (literally a page a day) program was introduced in 1923 by a young rabbinical leader, Rabbi Meir Shapiro of Poland, to help structure the communal study of Talmud. At that pace, it takes 7 1/2 years to finish, and the completion is considered a time of great joy.

The MetLife Stadium gathering is not the only celebration: The organization Dirshu will hold events in New Jersey, Europe, Israel and South Africa to commemorate Siyum HaShas in the coming weeks.

Eden Yaghoubi, 27, of Great Neck, has been studying the Talmud since he was about 13 years old. When he was 19, he attended a yeshiva in Israel for two years. He studies from audiotapes, apps and other forms of research. While he has yet to finish the Talmud and its commentaries, he said he still plans to attend the event for the joy and inspiration it brings him.

The day will also feature speeches by prominent rabbis discussing the Talmud.

"It's inspiring to see the whole community come together," said Yaghoubi, a physician assistant. "Everybody is holding hands, singing and dancing and jumping up and down."

The Talmud, he added, "is like our life force. It gives us guidance for our daily routine."

For him, the event takes on even greater significance coming at a time of increased acts of anti-Semitism on Long Island and across the country.

"With the rise of that, against synagogues and in the street, this gives us a sense of togetherness," he said. With that comes a feeling of strength. "It's like a chain; we are all linked."

The New Jersey-based Jewish group Oorah has purchased 5,000 tickets to the event, with about 60 going to Long Islanders from communities such as Great Neck, Woodmere, West Hempstead and Plainview, said spokeswoman Rivka Kirwan.

For Avrohom Appelbaum, 30, the study of Talmud takes up much of his days. He studies it three hours a day and teaches morning and evening classes at Torah Ohr Hebrew Academy in Great Neck.

Appelbaum said the document has such depth and mystery that different and deeper meanings emerge as he returns to it through the years. Discussing it with others also broadens a person's knowledge, he said.

Attending the Siyum HaShas (which means the completion of the Talmud) brings a profound sense of togetherness, he said. The event, held in numerous venues across the globe, connects not only modern-day Jews but also those Jews from thousands of years ago who studied the same document, he said.

Appelbaum attended a past event at Madison Square Garden with his father when he was 15 years old.

"The music plays and people break into dance," he said. "They experience the joy of completion. It just gives people inspiration."