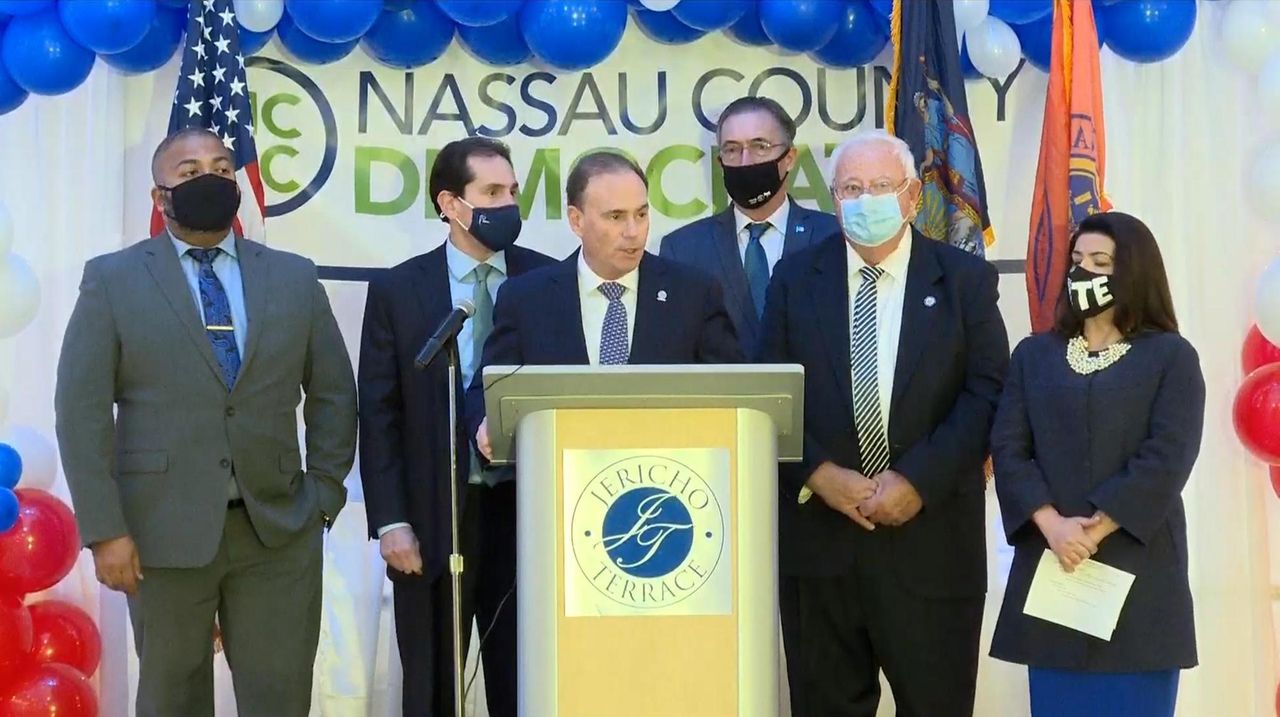 In some Long Island races, the Election Day leader still could be defeated.

That’s because Nassau and Suffolk county residents submitted more than 300,00 absentee ballots that have yet to be tabulated. The pandemic-driven explosion in absentee ballots means some contests are still in question.

In some cases, the Election Day leader has a razor-thin margin that might not hold. In others, one candidate has a substantial lead that would be hard to overcome.

Here is a look at races where absentees will be a factor. In every contest, more ballots have been mailed-in by enrolled Democrats than enrolled Republicans.

If most absentee Democrats voted along party lines, it would be enough to tilt the race to Suozzi.

But 14,270 absentee votes had been received by Wednesday. Of those, 6,874 came from enrolled Democrats, 3,801 from Republicans.

In a North Hempstead race with no incumbent, Republican Ragini Srivastava led Democrat Gina Sillitti by 3,488 votes on election night.

But 17,706 absentee ballots had been received by Wednesday. Of those, 8,825 came from enrolled Democrats; 3,638 from Republicans.

That gives Democrats a 6,685-vote edge in absentees, which they say gives them a chance. To win, Thomas would need not only to secure that margin but also win 57% of the 8,010 absentee ballots from minor-party voters and those not registered in any political party.

That gives Democrats a 11,869 edge in absentees, which they say gives them a chance. To win, Gaughran would need to not only to secure that margin but also take 58% of the 13,095 absentee ballots from unaffiliated and minor-party voters.

To win, Martinez would have to collect 75% of the absentees from all voters – a tall task.

In a race with no incumbent at the eastern end of the Island, Republican Anthony Palumbo had a significant lead over Democrat Laura Ahearn after election night: 18,736 votes.

But even if Ahearn picked up that many party-line votes, she'd still need to capture about 86% of the 13,047 absentee ballots cast by unaffiliated and minor-party voters -- a highly unlikely outcome.

COVID cases continue to decline on LI — but what about risk?
Timeline: How the shooting of NYPD officers unfolded
1:37
Dogs help sniff out potential trouble at JFK
On the front lines of omicron: It 'hit us like a tidal wave.'
Wounded cop 'fighting for his life' after fellow NYPD officer shot dead
Official: One NYPD officer shot dead, one wounded in NYC
Didn’t find what you were looking for?