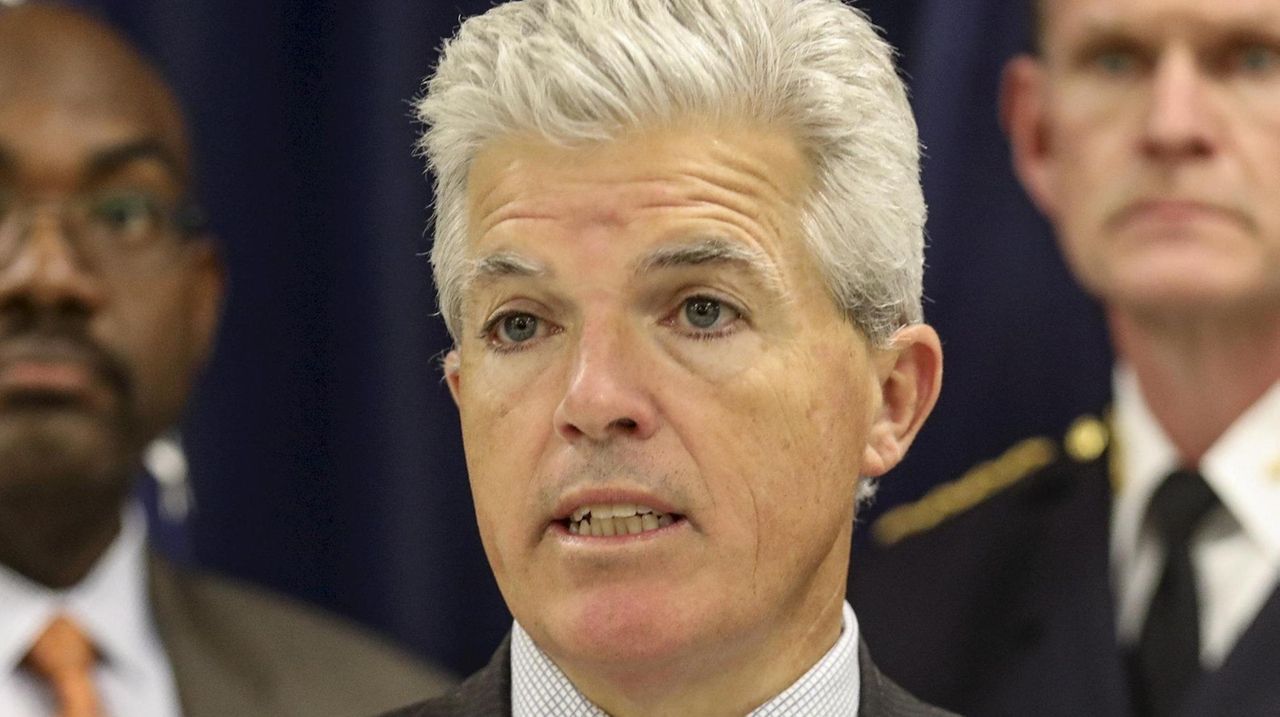 Suffolk County Executive Steve Bellone denounced calls to defund police in response to the death of George Floyd last month in Minneapolis, saying that while he understands the calls for reform, police are on the front lines daily and that crime has not gone away.

"This notion of defunding the police, that somehow we don't need police, it just doesn't work," Bellone said on Fox News' "Fox & Friends."

He added: "Crime has not gone away. We still have bad people out there doing bad things … When we call 911 we have a right to expect, people expect, police will be there to respond."

Bellone cited the ongoing battle against MS-13, but also said police in Suffolk are "stopping crime on a daily basis." He cited assaults, break-ins, sex trafficking and the arrest last week of a Mastic Beach man who police said was caught with three homemade explosive devices in a backpack he had brought to Stony Brook University Hospital.

Bellone said that though Suffolk has had more than 100 protests in response to the killing of Floyd, who died in police custody, all have been peaceful. He credited that to the fact that officials have worked hard in recent years to "build relationships around the county."

Protests continued in Deer Park, Shoreham and Oceanside. Long Island police have closely monitored the gatherings, sometimes on foot, sometimes on bicycles and have stepped in between protesters and counterprotesters.

About 80 people attended a Deer Park rally on Commack Road, where they chanted "No Justice, No Peace" and "Black Lives Matter" and cars going by occasionally honked in support.

In Shoreham, about 75 people attended a protest on Rte. 25A outside a shopping center. Some drivers were sympathetic while others were confrontational, and a minor accident took place when one driver hit another who slowed to support the protesters.

And in Oceanside, about 100 people marched more than 5 miles on the sidewalk after police told them they were not permitted to stop traffic or go on the roadway, as other demonstrations have done.