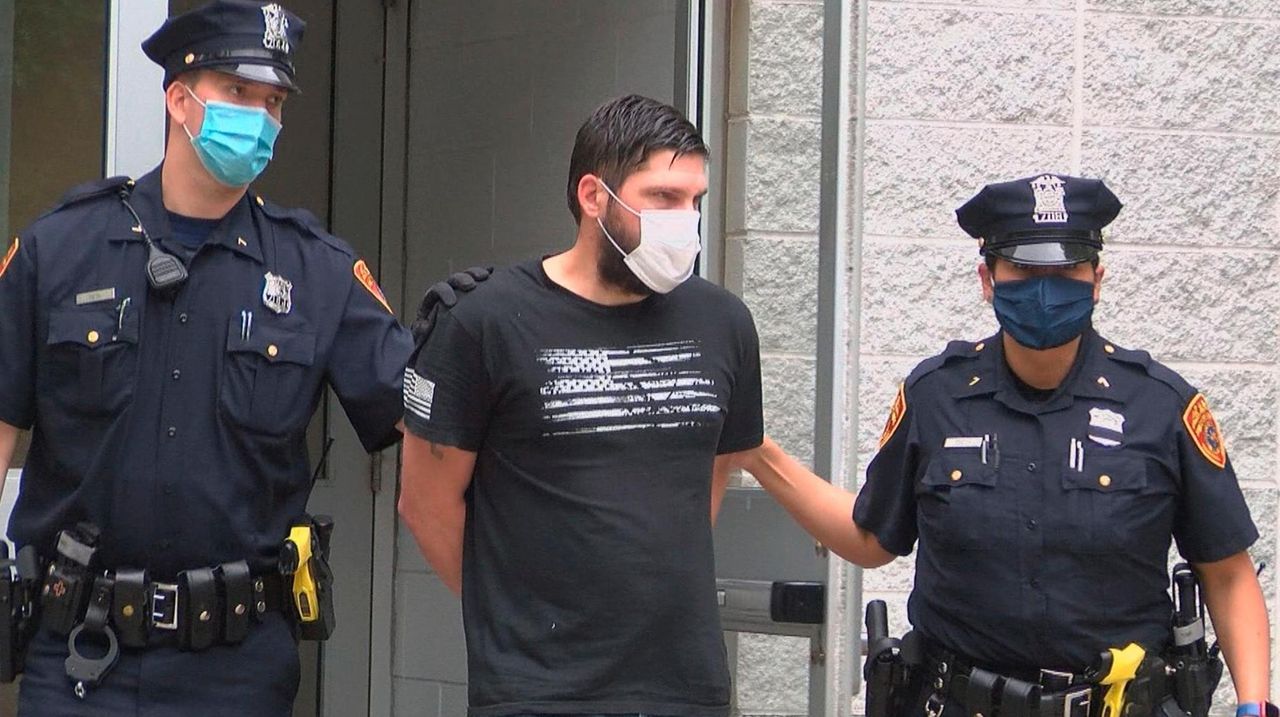 Robert Roden, 33, was taken into custody just after 9 p.m. Tuesday at the hospital by Stony Brook University police after a hospital security guard called to report a suspicious man in the emergency department, authorities said.

A search of Roden's home Wednesday by local and federal law enforcement officers led to the discovery of more explosives, Suffolk police said.

The search of Roden's home was led by detectives with the Suffolk police Arson Section, but also included agents from the FBI and the Bureau of Alcohol, Tobacco, Firearms and Explosives as well as Stony Brook University police, authorities said.

The devices found at Roden's home are being "evaluated by the FBI," police said.

It was unclear Wednesday night if Roden had retained a lawyer.

Stony Brook University Police Chief Robert Lenahan said in a statement early Wednesday that his officers found a man inside the hospital's emergency department Tuesday night wearing a tactical vest with a BB gun in his backpack, in addition to the suspicious object.

Roden will be held overnight at the Suffolk police department's Seventh Precinct, and is expected to be arraigned Thursday in Central Islip's First District Court.