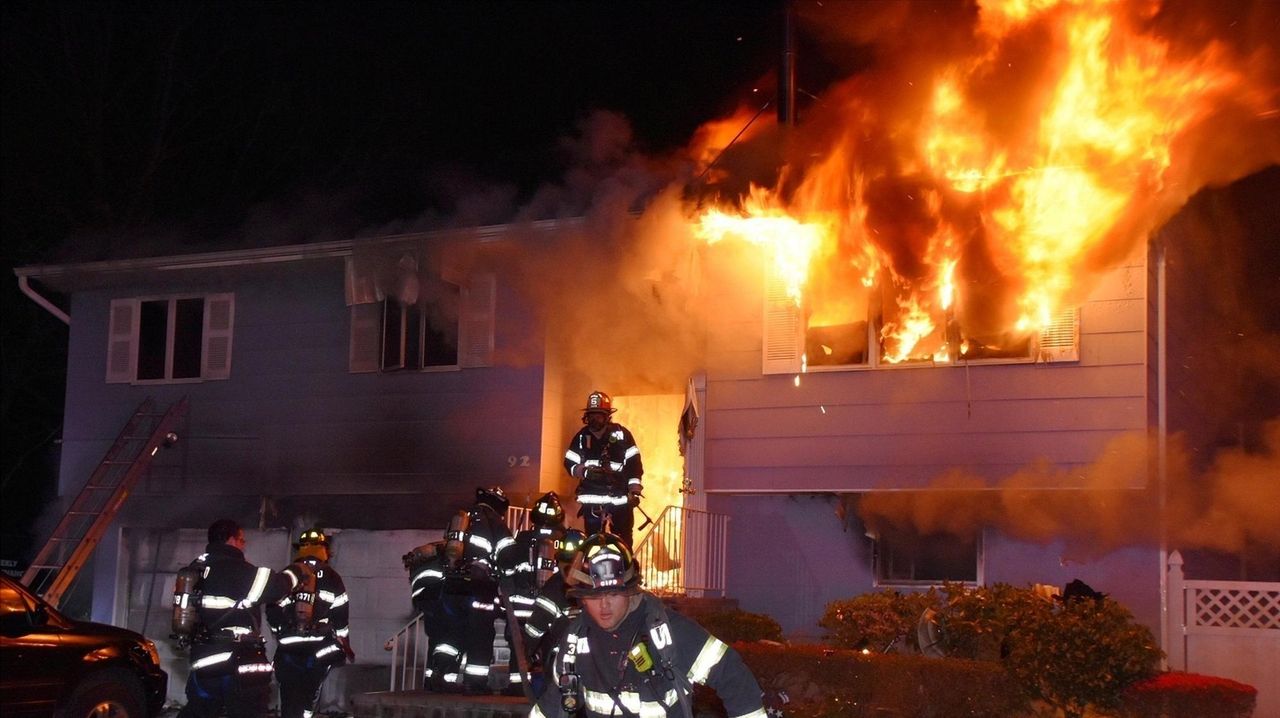 Two firefighters and a resident were injured in an early morning fire on Sunday, April 30, 2017 at a house in Central Islip. Adonai Ramirez, who lives in the home, said six people were inside, including her visiting grandmother. She said the family had been woken up by "fire alarms," and discovered smoke pouring out of the garage. Credit: James Carbone) (Photo Credit: Joseph Cassano

The fire started at 2:15 a.m. at the two-story home on Bushwick Avenue, which was engulfed in flames when firefighters arrived, but it was quickly brought under control, Central Islip Fire Department officials said.

One firefighter suffered a second-degree burn on his knee while the other suffered second- and third-degree burns on his hands, Central Islip First Assistant Chief Patrick Murphy said. Both were taken to Stony Brook University Hospital for treatment; one was released, while the other was to be held overnight at the hospital. Their identities were not released.

A person who lived at the Bushwick Avenue house, also unidentified, was taken to Southside Hospital in Bay Shore for evaluation. Murphy said the resident suffered from respiratory difficulties.

Adonai Ramirez, who lives in the home, said six people were inside, including her visiting grandmother. She said the family had been awakened up by “fire alarms,” and discovered smoke pouring out of the garage.

“We just thank God everybody is safe, everybody got out,” she said. “Everything is gone, but thank God we are OK.”

The Islip Town Fire Marshal’s Office and the Suffolk County Police Arson Squad are investigating the blaze, officials said. The origin and cause of the fire has not been determined, but it appears noncriminal in nature, police said.