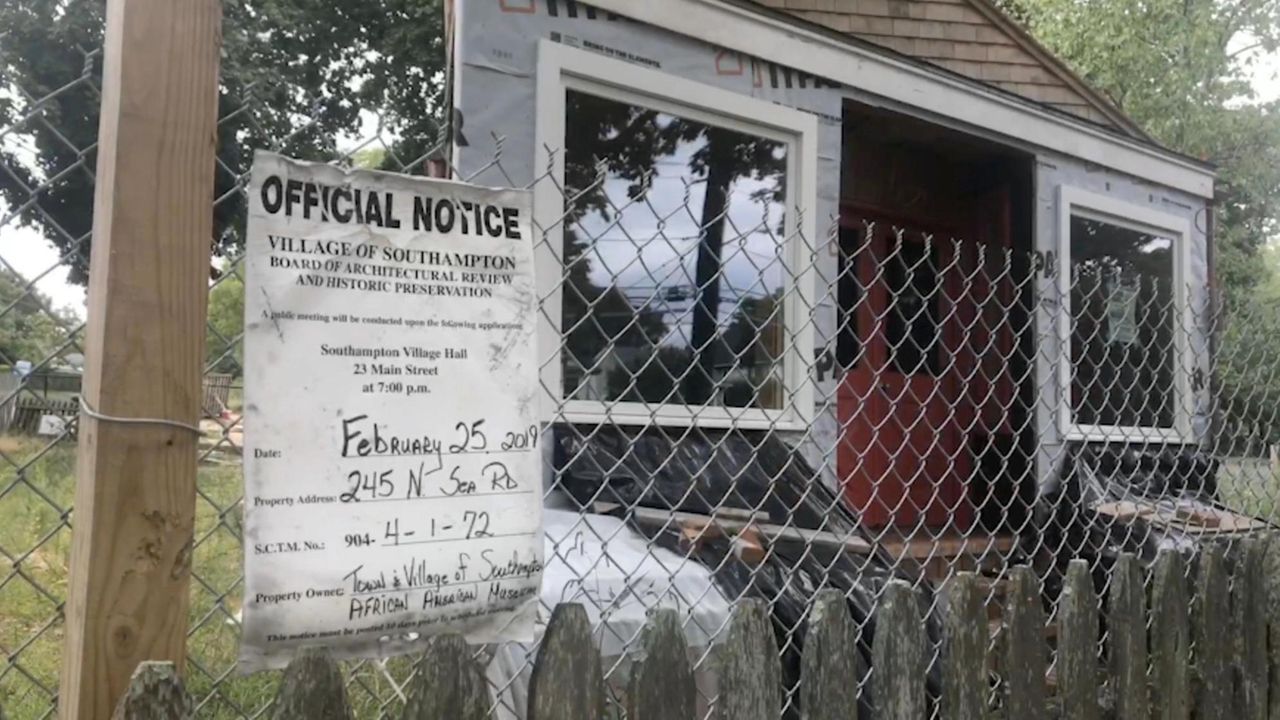 The expected autumn 2019 completion of the Southampton African American Museum has been delayed due in part to substandard work from a contractor who offered to do the job for nearly $400,000 less than the competition and who has been accused of falsifying documents in a bid for another municipal project.

In March 2018, William Proefriedt, 58, of Bay Shore, was awarded a $786,112 Southampton Town contract under his firm, William G. Prophy LLC, to renovate the museum, a former African American barber shop and beauty parlor on North Sea Road. He underbid the next lowest responsible bidder by $397,888.

Work began in July 2018, but Proefriedt was taken off the job this past spring after town officials were alerted of concerns that included a septic system installation on the property without proper permits. Much of the interior is unfinished and will likely take several more months to complete, said museum director Brenda Simmons.

“This has been very frustrating,” said Simmons, who said she has worked for nearly 15 years to bring the project to fruition. “It’s not about me, it’s about leaving a legacy and letting people know the contributions that African Americans made in this village of Southampton.”

Proefriedt has been paid $396,000 and is negotiating with the town after requesting approximately $65,000 more, said Southampton Town Attorney James Burke. Burke added that the town was satisfied with a large portion of the job, which called for a complete renovation of the 775-square-foot building.

The town will submit a new request for proposals. There is no completion date set for the project.

It is not the first time Proefriedt could not finish a job after underbidding the competition for a municipal contract.

Proefriedt is facing a felony criminal charge of falsifying documents in his bid to restore the home of Pyrrhus Concer, a prominent 19th century Southampton Village resident and a former slave turned whaler.

In May 2018, Proefriedt was awarded a $436,000 Southampton Village contract to rebuild the home on Pond Lane near Lake Agawam, which has been demolished. Village officials never signed the contract and the offer was rescinded a month later for “being incomplete and not meeting bid requirements,” according to a village board resolution.

A criminal complaint filed in Suffolk County First District Court states that Proefriedt submitted a document to the village claiming “all of his employees had the proper valid licenses to complete the construction project, which they did not.” Proefriedt was charged in November 2018 with offering a false instrument for filing, a felony. He has pleaded not guilty and did not return a call seeking comment.

Village officials at the Sept. 12 meeting said they will seek new proposals to restore the home.

The issue with Proefriedt’s work highlights the problems that can arise under general municipal law, which requires municipalities to award public works projects of $35,000 or more to the lowest responsible bidder, Burke said.

“That’s always kind of a hitch when you look at a bid and you see something is too low,” he said. “Like your grandmother would tell you, if something is too good to be true there is a reason for that.”

Husband-and-wife LIRR conductors stole wages, MTA internal watchdog says
2:15
De Blasio rolls out plan to address racial inqualities in education
Freeport teen who won vaccine scholarship welcomes the boost
Former Head of Harbor judge resigns amid misconduct allegations
Best: The Isles want to keep winning. The Coliseum already has.
Teacher who 'never did anything by halves' dies at 87
Didn’t find what you were looking for?