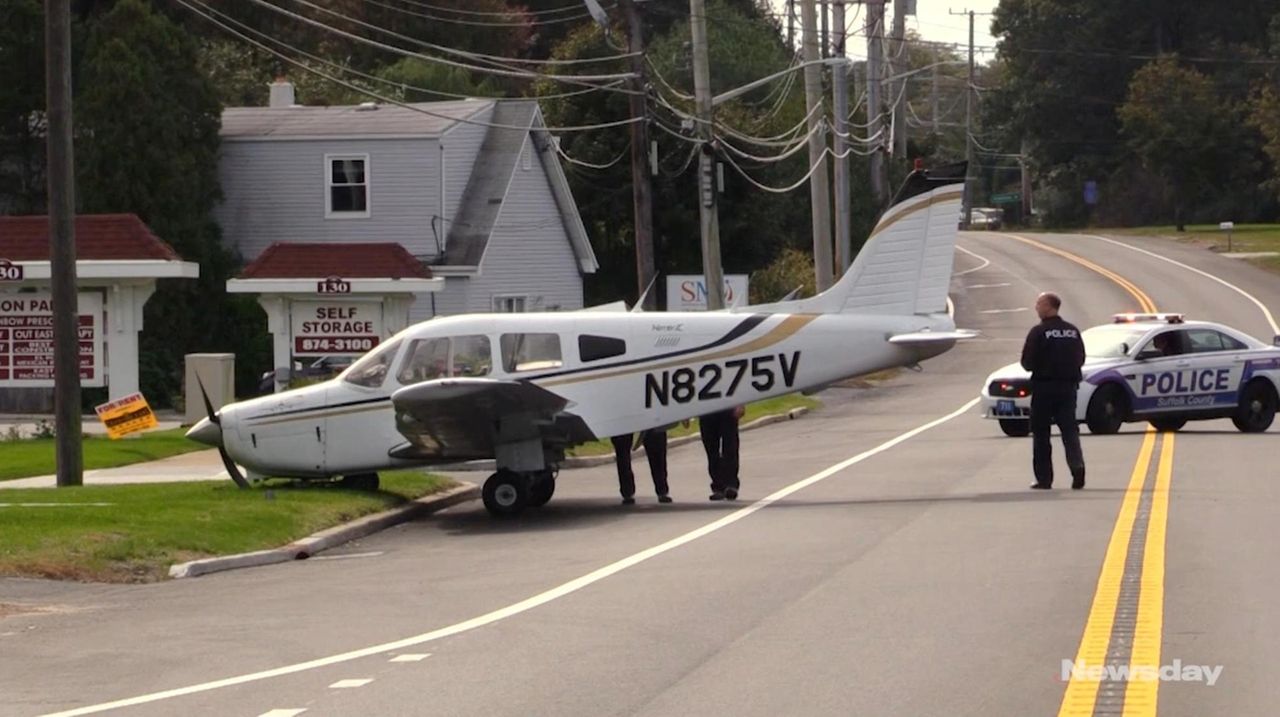 A small single-engine plane came to a halt across Montauk Highway, just west of Locust Avenue in East Moriches, after skidding off the runway at Lufker Airport around noon Saturday. Credit: James Carbone

A small single-engine plane came to a halt across Montauk Highway, west of Locust Avenue in East Moriches, after skidding off the runway at Lufker Airport shortly after noon Saturday.

"The Piper Warrior aircraft overshot and went across the road," said Ron DeLalio, airport manager at Lufker. "The pilot left Republic Airport in East Farmingdale for maintenance at Lufker and could not have been used to landing on a short grass field."

The pilot, Nedie Seidu, 30, of Manhattan, was not injured, according to Suffolk County police.

"The nose wheel of the aircraft was bent under," DeLalio said.

Authorities closed Montauk Highway so the plane could be removed. Seidu was flying a Piper PA-28-161 Warrior II when he attempted to land the plane at 12:15 p.m., police said.

Police said the plane, which had a damaged wing and propeller, struck a sign and stopped in front of 130 Montauk Hwy. The FAA was called to the scene.

The 1982 fixed-wing plane is registered to Wilmington, Delaware-based instructional piloting company 2BAPILOTNYC Corp., which flies out of Republic. Seidu is an experienced commercial pilot, according to the owner of 2BAPILOTNYC.

"Trying to land on 2,300 feet of grass can be challenging," DeLalio said.