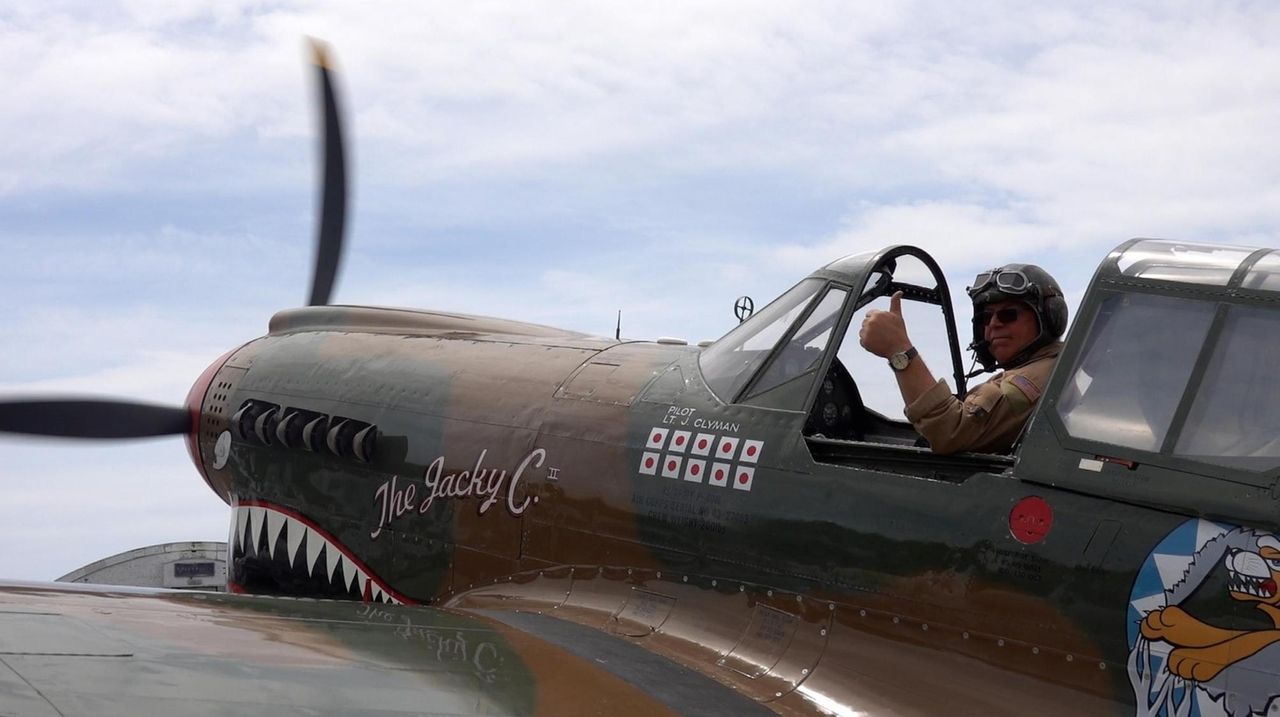 The American Airpower Museum in Farmingdale will be participating in the 2021 Bethpage Air Show at Jones Beach State Park. Credit: Debbie Egan-Chin

The B-25 twin engine Army Air Force bomber from 1941 flew patrols along the Pacific coast from Washington state to California, looking for Japanese submarines trying to shell the mainland following the Pearl Harbor attack.

Impressed by its top speed, Gen. Henry H. (Hap) Arnold, head of the Army Air Forces, made this particular one his personal transport.

On Sunday, that plane will be doing shallow banking maneuvers to entertain thousands gathered for the return of the annual air show over Jones Beach State Park for Memorial Day weekend — resuming a tradition canceled in 2020 due to the coronavirus pandemic.

"During World War II, these airplanes were the backbone of the bombing and ground attack force in both North Africa and the South Pacific," said Jeff Clyman, founder, president and executive director of the American Airpower Museum in Farmingdale. The museum's volunteers are flying in the show, which is staged in airspace above and off the coast of Long Island.

Guide to the 2021 Bethpage Air Show at Jones Beach

The show is on Saturday and Sunday. On display overhead will be the U.S. Air Force F-16 Thunderbirds demonstration acrobatic team, as well as a Republic A-10 Thunderbolt, a low-level ground attack jet.

"What they’ll see is the ancient technology of this 1941 aircraft compared to the jets that will be flying in demonstrations … it’s kind of a juxtaposition," he said of the spectators.

He founded the museum in 1993 after seeking to find a permanent home for a few vintage World War II aircraft he had in a private hangar in Monmouth County, New Jersey.

Of the museum’s 10 airplanes, five or six will fly in the air show, he said, including the B-25 Mitchell, a Grumman TBM Avenger, a torpedo bomber-dive bomber, a Curtiss P40 P-51 Mustang and perhaps one of the museum’s jets. The museum’s portion is between noon and 12:30 p.m., he said. Flying the planes costs the museum roughly $25,000 for the show, including fuel and oil, he said.

"All of these planes have a history to them, each one," Clyman said.

The air show is set to offer new scripts and music, new acrobatic routines and a livestream for those who don't attend in person. Also over the weekend, the Coast Guard is to demonstrate how it conducts its rescue operations.

Although the show is back from its 2020 hiatus, it's modified — with parking fields at half capacity and attendees limited to the sand, not roaming the boardwalk as usual.

Tickets for this year's show have sold out, according to the website.

The museum is also inviting the public to watch practice fly-bys on Friday happening throughout the day of their warbird fleet of restored military aircraft – with museum admission: $15 for adults, $10 for seniors and veterans, and $8 for children age 5-12, and free for active-duty military personnel with ID.

Long Island was key in the history of American aviation, earning the island the moniker "cradle of aviation."

Roosevelt Field, appealing to aviators for its flatness and proximity to sponsors in New York City, is where Charles Lindbergh departed for the world's first trans-Atlantic flight. Amelia Earhart came through Curtiss Field in 1929. And during World War II, the Grumman factory in Bethpage "was the mainstay of the naval air arm in the Pacific," Newsday recalled in 2012.

The Grumman TBM Avenger participated in several campaigns, including in the concluding years of the war, such as at Iwo Jima and Okinawa Clyman said. George H.W. Bush, the future president, flew in it during World War II.

"He actually flew in this aircraft a couple of times, when we took it up to Kennebunkport," the Bush compound in Maine, Clyman said, noting that Bush also signed the aircraft in two places — on a side entry door and on the aircraft insignia.

"The guys that flew these were really tough hombres," Clyman said, noting how the planes would come in low and slow — 50 or 100 feet off the water to launch a torpedo attack — against enemy ships.

At the air show, the aircraft’s bomb bay will be opened — but nothing will be dropped, of course.

Those flying the museums’ planes over the weekend will be a mix of ex-military and civilian pilots.

The livestream is to be available at abc7ny.com and on WABC-TV's connected TV apps on Amazon Fire TV, Android TV, Apple TV and Roku.

Guide to the 2021 Bethpage Air Show at Jones BeachNo ticket? You still have other options if you want to see the annual show at Jones Beach Memorial Day weekend. Bethpage Air Show returning to Jones Beach on Memorial Day weekend, Cuomo saysAfter a one-year hiatus due to the pandemic, the tradition will return this year with a performance by the U.S. Air Force Thunderbirds. Officials said pandemic protocols will limit crowds to 50% capacity.