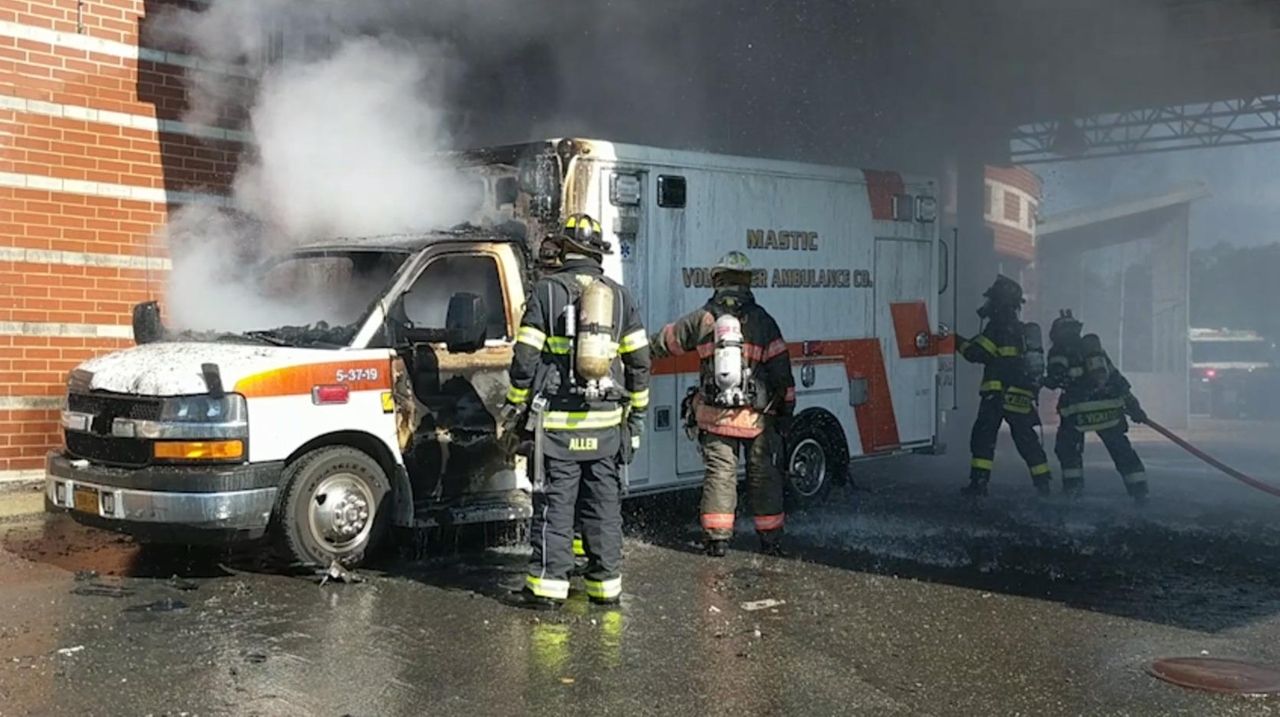 Suffolk County police said a 911 call reporting the fire on Hospital Road was received at 8:37 a.m. The ambulance, operated by Mastic Volunteer Ambulance Company, caught fire outside an entrance to the emergency room — causing smoke to penetrate the building, Brookhaven town officials said.

A hospital spokesman said the ambulance crew had just brought a patient to the facility and said the crew was inside the building when the fire erupted in the vehicle.

The area directly inside the emergency room entrance is used as a reception and triage area, hospital spokeswoman Cynthia Ruf said. She said that, fortunately, at the time of the incident there were not many people there — and that all were safely moved to another part of the medical center.

“I am impressed and so grateful for all of our staff who showed their excellence and heartfelt care through their response this morning,” Richard T. Margulis, the medical center’s president and chief executive, said in a statement. Margulis said the hospital remained open throughout the incident, and during the evacuation from the ER area any necessary triage was performed in the lobby of the hospital’s Knapp Cardiac Care Center.

The fire damaged the ambulance and the ambulance bay overhang but did not damage the hospital building. Normal emergency room operations resumed by 10 a.m., Romaine said.

The cause of the fire was not immediately clear and officials said it was under investigation by fire marshals. Brookhaven Town building inspectors are assessing the damage to the ambulance bay overhang to ensure it is safe for use.