A woman was killed and her husband injured in a house fire Saturday morning in Amityville, officials said.

Rufina Sarkar, 43, was pronounced dead at the scene and Gopal Sarkar, 47, was transported to Good Samaritan Hospital Medical Center in West Islip for treatment of minor injuries, according to Suffolk police.

“They were very jolly, happy people,” Goutam Sarkar, 37, of Queens, the brother of Gopal Sarkar, said between conversations with investigators outside the charred home on Locust Drive.

Sarkar said the couple lived in the home for three to four years and had been married about 14 years. He said his older brother worked in the information technology field. 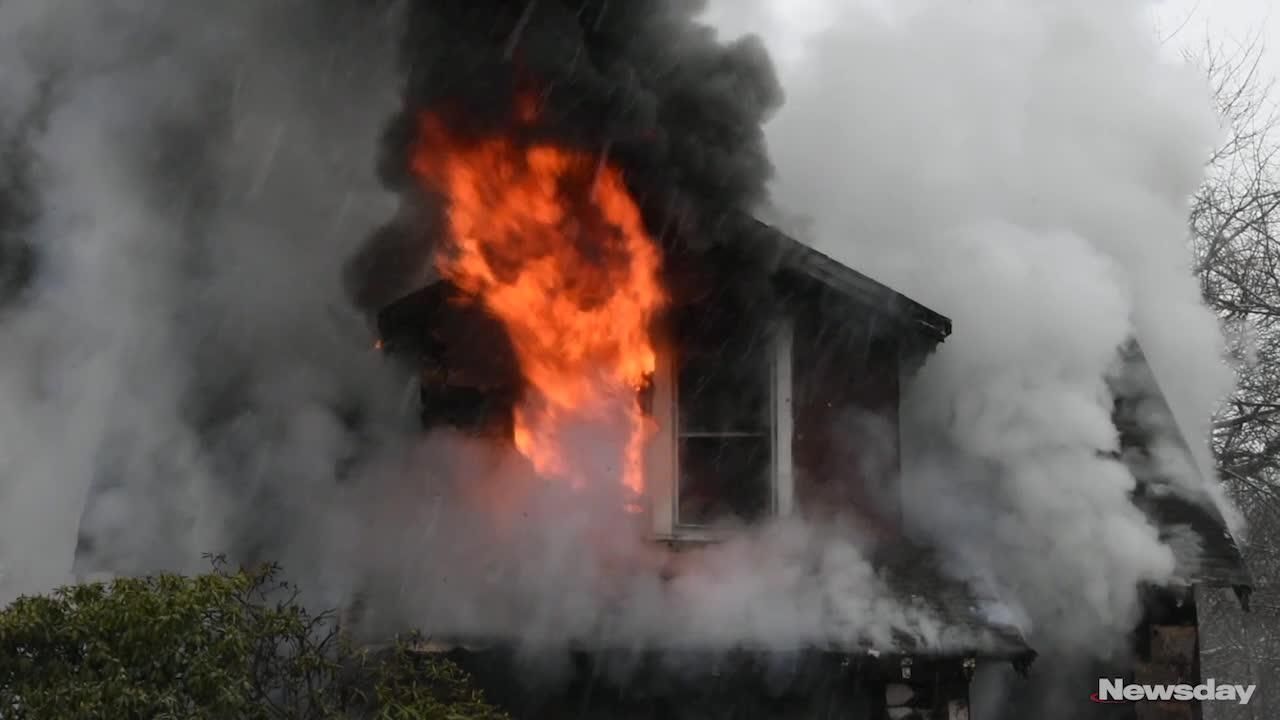 Amityville Fire Chief Jeffrey Erath said about 50 firefighters battled the 9:15 a.m. blaze, which, he said, “was fully involved when we got there. The fire was pushing out of the first floor around the house.”

Firefighters initially could not reach the second floor because of a “compromised staircase,” Erath said, so they used four ladders from both inside the house and outside through windows.

“We knocked it down quick,” he said.

Erath said the Rufina Sarkar’s body was found on the second floor and Gopal Sarkar was rescued from the back roof as he tried to escape the flames.

The brown wooden house appeared to be gutted by the blaze. The side wall of an adjoining house was charred.

Suffolk detectives investigating the cause of the fire said initial indications are that it is not arson, police said.

A woman who lives across the street said she was alerted to the fire by the police scanner used by her husband, a retired Amityville firefighter. The woman, who asked that her name not be used, said she walked to her window and “noticed smoke bellowing out, and then all of a sudden it ignited.”

“It was horrible seeing the flames,” she said. “The whole house was involved.”

There are three bedrooms on the second floor of the house where Rufina Sarkar’s body was found, the neighbor said.

She said a woman walking down the street at the time of the fire ran to the front door and knocked, but no one answered.