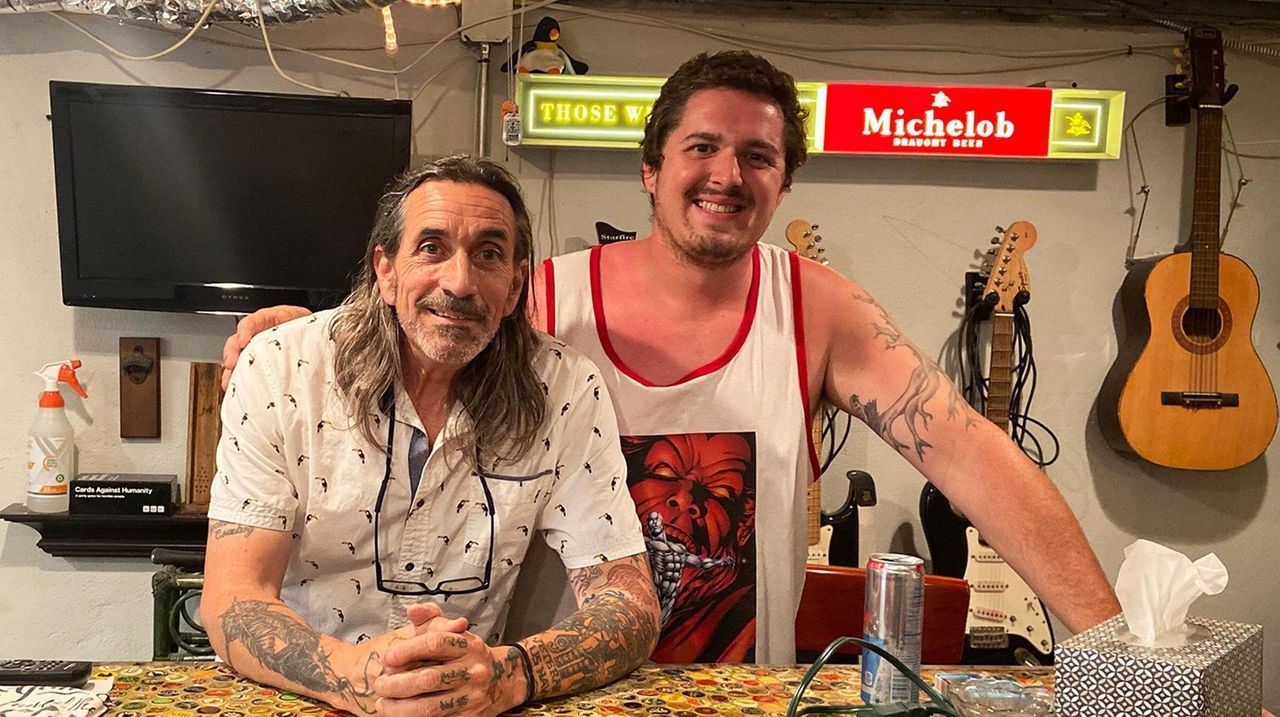 Dell Cullum, of East Hampton, got a surprise when he submitted a DNA sample to Ancestry.com. He found out he had a 28-year-old son he knew nothing about.  Credit: Newsday / Tom Ferrara

Dell Cullum stared speechless at the email for more than 10 minutes.

Months earlier, Cullum, 57, the founder of Hampton Wildlife Removal and Wildlife Rescue, both of East Hampton, submitted a DNA sample to Ancestry.com, looking to learn more about his family lineage.

But the message he received back from the genealogy website seemed almost impossible to believe.

At the top of his results were two photographs: one of Cullum, submitted with his sample, and the other of a 28-year-old man named Brandon Matunas. Above Cullum's photo read the word "Parent" while Matunas' picture was labeled with one simple word: "Son."

Nearly three decades after the heartbreaking death of his 2-year-old son, Christopher, to leukemia, Cullum had discovered an offspring he never knew existed, and one who was looking to connect with his biological father.

"It's an absolute miracle," Cullum said. "It couldn't have come at a better time. I am just at that point in my life where I keep saying to myself 'I wish I had the opportunity to have a child so that I could pass on all the wonderful things that I've learned and know.' It's just amazing."

Matunas, a plumber who was adopted shortly after his birth, said he initially dismissed the email from Cullum as an online hoax.

"I thought it was a scam or a robot trying to collect personal data or information," said Matunas, who lives in North Plainfield, N.J. "But then when I clicked on his picture, I thought, 'This is odd.' You can see the resemblance."

"Almost everyone who takes our AncestryDNA test finds something surprising as they embark on a self-discovery journey with us, and for most customers it’s something exciting and enriching. But there are certainly cases where a discovery might be quite unexpected," according to a statement from Ancestry.com.

The discovery of the Cullum-Matunas connection was first reported in Patch.com last week.

Fatherhood had not been on the agenda for Cullum since Christopher's tragic death on Jan. 3, 1992.

The diagnosis, on Christmas Eve, 1989, caused a fracture in the relationship between Cullum and the child's mother. The pair, who were not married, split before Christopher's death.

"It was just devastating," Cullum said of his son's death. "I just felt I couldn't have another child because I was scared to death. I felt that if it happened once, it could happen again."

In 1991, Cullum, then 28 and living in Amagansett, began dating a 20-year-old woman, who he would later learn is Matunas' birth mother. The relationship, he said, lasted only a few weeks and was ended abruptly by the woman. Cullum said he had no idea the woman, who he declined to identify to protect her privacy, was pregnant.

Cullum moved on with his life, focusing on his career with animals, and he got married his wife, Dee, 12 years ago. The pair occasionally talked about adoption but the conversation never progressed.

Matunas, meanwhile, knew little of his biological parents. He was raised by Michele and Jim Matunas and grew up in New Jersey. The couple had adopted another boy, Jamie Matunas, five years earlier.

"I got blessed with two amazing parents who continue to look after me," he said. "I have no regrets at all."

Two years ago, Matunas got a DNA test as a Christmas gift from his parents.

The goal, he said, was modest. Learn a little about his heritage and where his ancestors came from. He would eventually locate some distant cousins but never imagined he would find one of his birthparents.

"It was a shock," Matunas said. "But definitely a positive connection."

Last December, Cullum also got curious about his genealogy. Could he be distant cousins with Abraham Lincoln or Harry Houdini? On a lark, he submitted his DNA to the site.

Months later, Cullum would learn that he failed to properly activate his sample and needed to complete the process again.

"It was a little bit overwhelming," he said, "but at the same time I was overjoyed."

Electronic correspondence progressed to Sunday evening phone calls but then came the COVID-19 pandemic. The long-awaited meeting was delayed until infection rates lowered and it was safe to interact with new people.

On June 27, Cullum woke up at 3:30 a.m. and drove two-and-a-half hours to Matunas' home, which he shares with his girlfriend, Erin McKenna, for their first in-person meeting.

The pair spent the day sharing family stories, poring over old pictures, playing billiards and visiting Matunas' boyhood home, school and church. And the two learned that they had much in common, from a history of nosebleeds and migraines to a love of bowling.

Matunas is now planning his first visit to the Hamptons along with a hiking and camping trip with Cullum..

"There's a whole world out there to start," Cullum said. "It's almost like the first day of a whole secondary life. It really couldn't be any more special."

Matunas said he has yet to reach out to his birth mother, who lives locally on Suffolk's East End with her own family, although he is considering sending her a letter. "It's not something I want to step into and make them uncomfortable," he said.

Cullum said he has no regrets or disappointment about being kept apart from his son for 28 years. What he has found, Cullum said, is so much more important than the years that were lost.

"Sure I miss the opportunity to have raised that boy," he said. "But now's not the time to get upset. We are back together and he's made my life even more special. I am going to take advantage of all this goodness and hang onto it as hard as I can. I couldn't be happier right now."