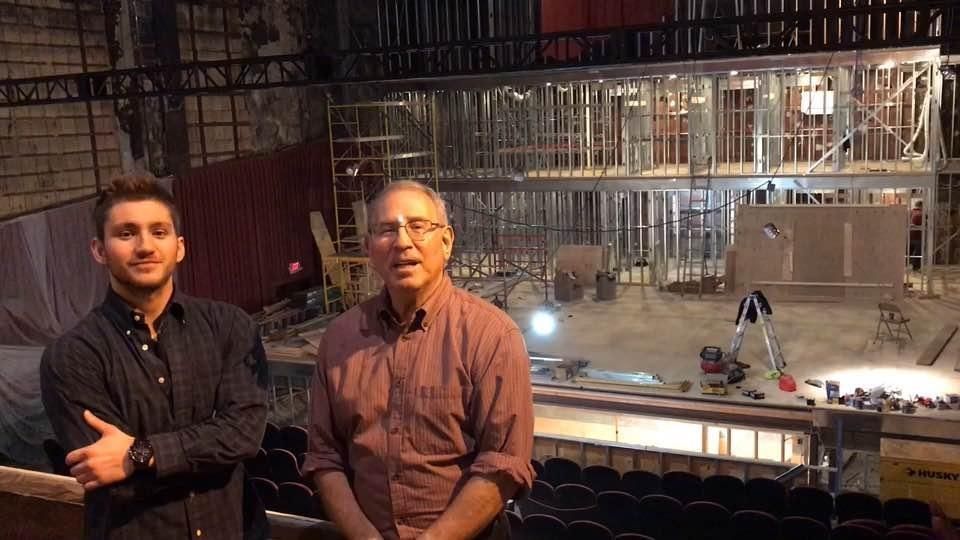 A renovation of a historic theater in Babylon Village approached completion Wednesday, Feb. 7, 2018, with construction expected to conclude this spring. (Credit: Newsday/Jesse Coburn)

A renovation of a historic theater on Main Street in Babylon Village is nearly complete, with construction expected to conclude early this spring.

Once open, the 500-seat Argyle Theater will host plays, musicals, concerts and other performing arts in a venue that dates back to 1922, but which has been closed for years, said Mark and Dylan Perlman, the father-son duo behind the project.

“It’s been exhilarating,” said Mark Perlman, a psychologist, of the $3 million project.

The Perlmans received a $150,000 grant from New York State Empire State Development. The Babylon Town Industrial Development Agency granted the theater tax breaks worth about $300,000, according to Dylan Perlman.

The Perlmans, who live in Seaford, have never renovated or run a professional theater before, but they’ve long aspired to, they said.

They purchased the shuttered Babylon Village venue, which last served as a cinema, in February 2017. Since then, a construction team led by Wantagh general contractor Tom Till has torn out the partitions that divided the cavernous venue into three smaller cinemas, dug out an orchestra pit and built a three-story backstage structure that will house dressing rooms, bathrooms and storage spaces.

“Every day I prayed when we were digging it that we wouldn’t hit water,” Till said of the orchestra pit, noting the venue’s proximity to the shoreline.

The orchestra pit was not the only engineering difficulty posed by the project. Months into construction, the Perlmans discovered they would have to lay a new foundation under the stage, which required digging 7 feet below the building to find stable earth and added seven weeks to construction.

With the major renovation work behind them, Dylan Perlman, 24, an actor, estimated that the theater will open around late April. Village officials welcomed the news, saying the venue could be a boon for nearby businesses.

“It’s going to be a fantastic boost for our downtown,” Mayor Ralph Scordino said.

“We think it’s going to be extremely beneficial to the restaurants and the cafes especially,” she said.

First, however, the Perlmans need to finish the project. That will mean encasing the backstage structure in Sheetrock, installing speakers and lights, hanging massive curtains to cover the buildings’ terra cotta bricks, installing a bar in the upstairs lounge, tearing out old movie theater carpets, putting up fresh paint, and refurbishing the venue’s iconic marquee and sign.

“This is not a little undertaking,” Till said.

Meanwhile, the Perlmans have begun hiring a team of roughly 20 people that will run the theater, they said. The six annual main stage productions will feature outside actors, they said.

The Perlmans are finalizing their first year of shows now and hope to announce them later this month.

State gives duo $150G to help rebuild theaterThe father-son duo behind the plans to reopen a historic theater in Babylon Village has ...