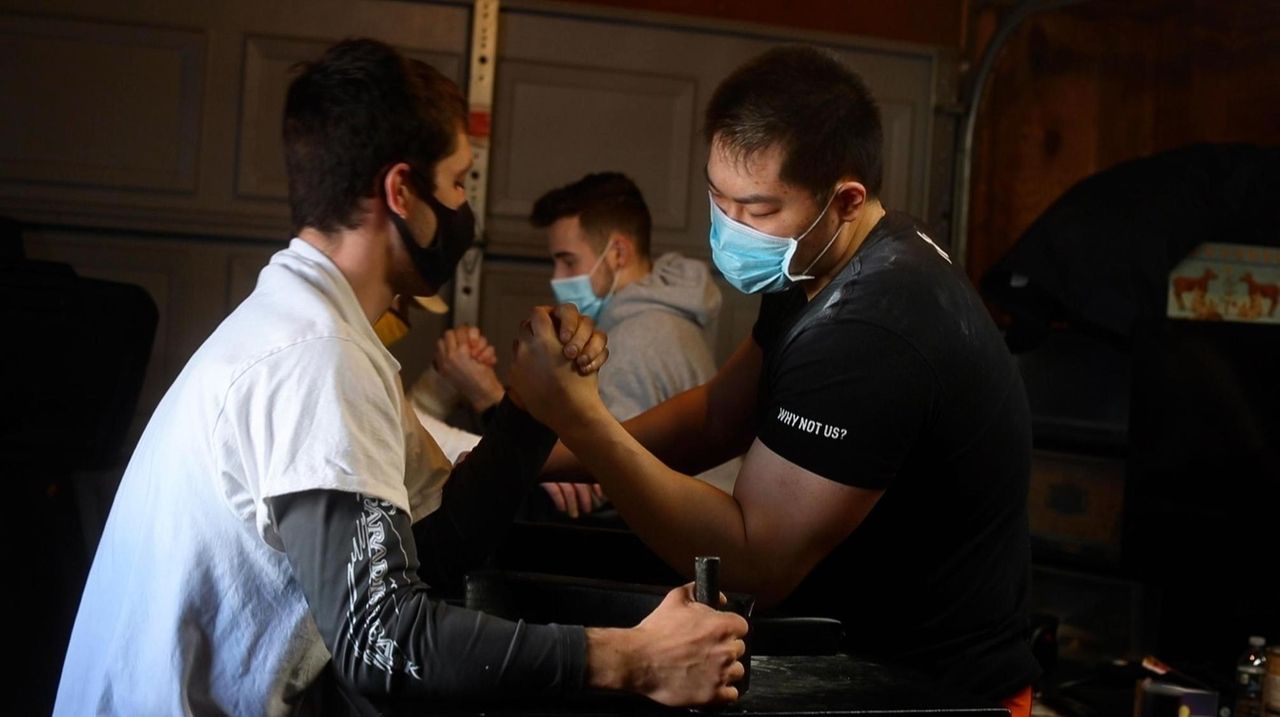 Gerren Nixon is on a mission to bring some life and diversity to an age-old sport.

Nixon, 44, of Wyandanch, formed the Urban Arm Wrestling League, a company that sponsors tournaments and promotes the sport on Long Island, in 2019.

Nixon’s interest in arm wrestling began after watching the Sylvester Stallone movie "Over the Top" in the 1980s. With a background in music event planning, several years ago he began thinking about how music and entertainment could breathe new life into the sport.

Arm wrestling is popular around the world, particularly in Eastern Europe, but it remains a largely underground event in the United States, with few sponsors and no television coverage of tournaments, Nixon said.

"It needs a new injection of energy," he said. "Hip-hop has become the number one culture in the world. I started thinking about how to incorporate that demographic into this sport."

Nixon uses DJs and other entertainment at his events and is trying to recruit younger people from Long Island, but he wants his league to be about more than bringing spectators and participants — called "pullers" — into the sport.

"I wanted to make sure there’s a message behind what we’re doing," Nixon said.

Portions of the proceeds from his events go to a charity and into a scholarship fund he started for Wyandanch High School students.

There are seven others in his company, and Nixon is now forming a competitive team, the Prime Time Pullers. His company has held four events and Nixon hopes to have a tournament for women in the spring. He said he recognized the need to "help the sport evolve" after watching only a handful of women show up to compete at his event in October.

Leslie Jn.Pierre, 46, of Wyandanch, a lifelong athlete, went to the tournament as a spectator.

"Like a lot of people you still have that competitive drive, but you get older and don’t think there’s anything for you," she said. "I never expected to fall in love with arm wrestling. But it’s more than just arm wrestling, it’s a family."

Jn.Pierre, who now works for Nixon, said girls are not often encouraged to take part in "strong" sports. "I think there just has to be a mind shift," she said. "Everybody can do it and you don’t have to be young or male. All you need is a table."

Nixon said there are very few pullers of color and he believes he’s the only Black arm wrestling league owner. He said he’s received some negative comments related to his race, but that they have been far outweighed by the support he’s received from the arm wrestling community.

Jn.Pierre, who is also Black, said the sport was never "culturally directed toward us."

"If you don’t see people who look like you, you’re going to automatically pull away, whether it’s because you’re a girl or because of your ethnicity or race," she said.

Nixon said he is working to build a network of local teams to compete across the country.

"It’s a dream of mine to be able to one day crown a homegrown champion from Long Island," he said.

RULES TO WRESTLE BY

Competitors must keep one foot in contact with the floor at all times.

Competitors must keep their non-pulling hand in contact with the peg.

Competitors must set their competing elbow on the elbow pad, square their shoulders and present an open hand.

The angle of the competing arm must result in the fingers pointing at their opponent.

The referee will center the hands on the table. The webbing between the thumb and index finger of the hand of each competitor will be level, close and tightly set.

Competitors’ hands must be palm-to-palm, flat together and with no separation, to the satisfaction of the referee. The referee must be able to see competitors’ thumb knuckles.