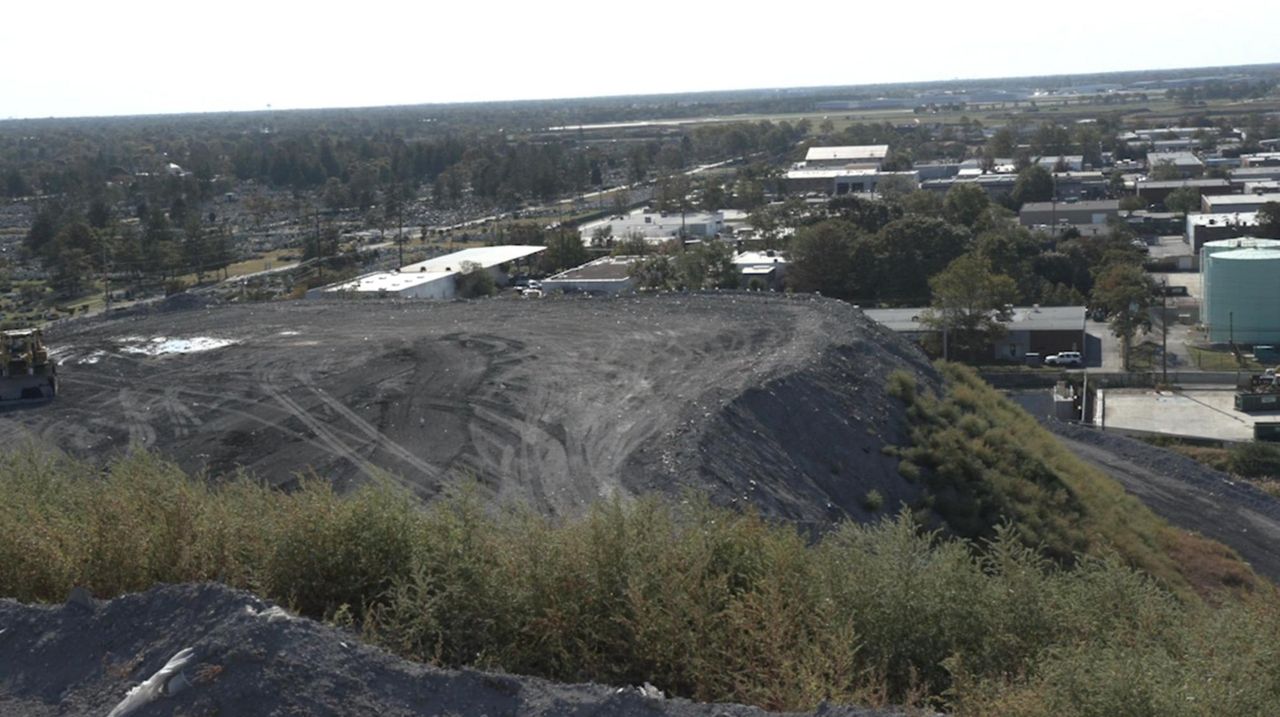 Babylon Town will begin the process of capping one of its two ash landfills and expanding the other, but officials expect to run out of space in seven years. Credit: Kendall Rodriguez

The Town of Babylon is preparing to close one of its two ash landfills and the second repository will be filled within seven years, leaving the town searching for a new home and uses for its incinerated garbage.

Town waste is burned at its Covanta waste-to-energy facility in West Babylon and the result is tons of ash that is placed inside ashfills. The Babylon Town board last month approved the hiring of Kosuri Engineering & Consulting PC of New Hyde Park for $462,350 for the engineering, design, and other work to close the town’s northern ashfill.

The process of capping and closing the 11.25 acre, 150-foot tall ashfill is long and costs an estimated $10 million, said Tom Vetri, commissioner of environmental control. A "membrane" of high density polyethylene must be placed over the ashfill so that it is impermeable to weather, then two feet of protective cover soil is placed on top of that, and then a vegetative cover. The ashfill is also contoured so that stormwater is collected in trenches that run to the stormwater collection system and pumped out to the Bergen Point Wastewater Treatment plant.

"We want it engineered to the point that it will last," he said.

The town’s other, southern ashfill is divided into cells and the last and seventh cell is expected to reach its capacity by 2027. Babylon is working to expand the 5.8 acre cell using the ash itself to form vertical walls, thereby increasing capacity and decreasing inventory at the same time. Such usage would save the town money by not having to use concrete and if approved by the DEC, would be a first for the state.

Vetri said the town is running out of real estate to build more ashfills. Instead, officials are looking at possible other uses of the ash.

"Everyone’s making a mad dash for the door to try and figure out how to process ash, how to mine it," he said.

Companies are exploring ways to screen out valuable metals and the remaining ash may be able to be used as aggregate for construction projects and as road base. Processing the ash could prove to be cheaper than trucking in other materials such as bluestone, Vetri said, but such screening is still in its infancy.

The DEC has thus far only approved ash aggregate for research projects and has rejected its use for general construction projects, according to an agency spokesman. The state has strict rules for ash use, he said, and they have to evaluate "any potential to impact soil and groundwater resources in the areas proposed for use."

Frank Roethel, an adjunct professor at Stony Brook University’s school of marine and atmospheric sciences, has been researching the use of ash as aggregate for decades, including the 1990 construction of a campus building made from ash. He said the timing is right for Babylon to pursue new avenues.

"If you could reuse even half the ash … you could market it to businesses that need aggregate and you could really increase the longevity of that ashfill in Babylon significantly," he said.