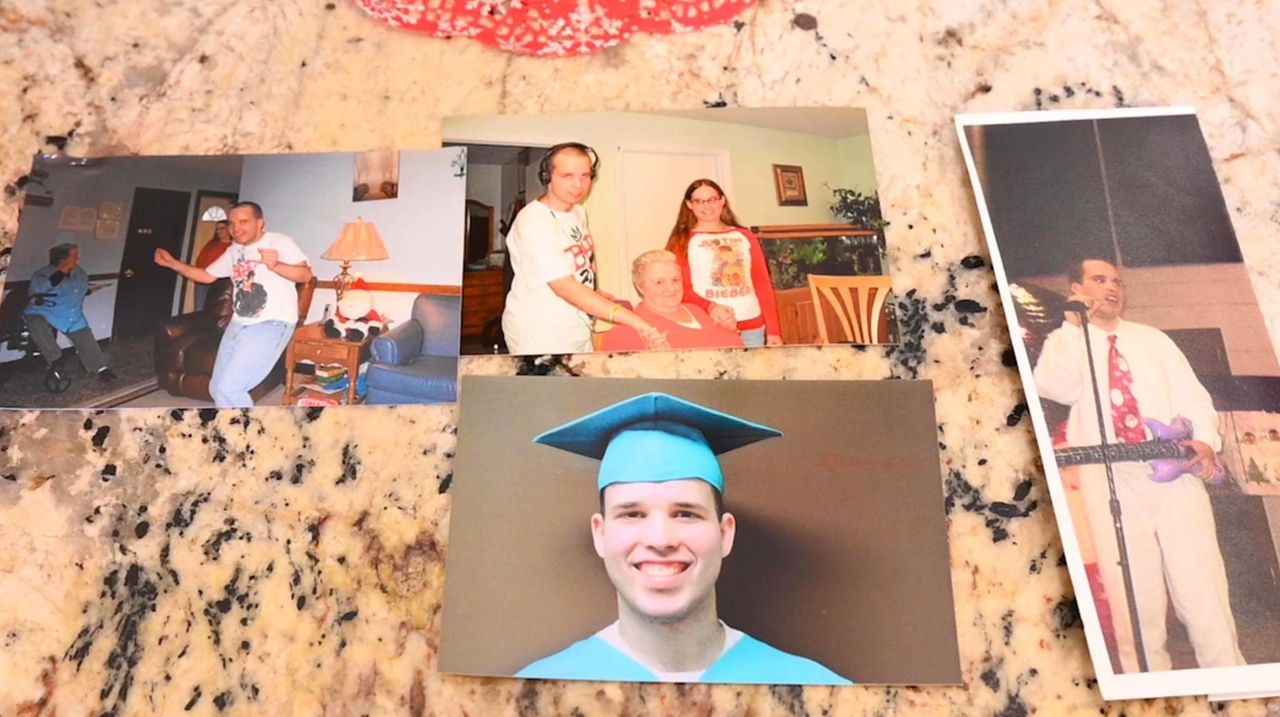 The families of three severely developmentally disabled men say they’re afraid the custom-built Centereach group home where they live will be closed, forcing the men to relocate to facilities that may not be able to properly care for them. Credit: James Carbone

Twenty years ago, Anna and George Jutis moved their son Constantin, who has a severe form of autism, into a Centereach group home and thought their prayers had been answered.

Anna Jutis now loses sleep worrying about her 49-year-old son's future as he faces relocation from the home where his family said he has thrived.

"It’s very hard to hear of that because it’s like we wasted what we tried," said Anna Jutis, 77, of Astoria, Queens, remembering the day she received a letter from the state telling her about the relocation. "It’s like we’re going backwards to where we were. … It’s not fair now to go to another place."

The state Office for People With Developmental Disabilities, the agency that operates the home, told the families in July it planned to terminate its lease with the Manorville nonprofit that owns the house. The state told the families it plans to relocate its three residents, including Jutis, though it is not clear when.

The state's lease expires on Dec. 31, but officials have said the state plans to extend the lease indefinitely until the men are placed in new facilities.

Anna and George Jutis worked with a Smithtown nonprofit to design the spacious one-story group home located in a secluded residential neighborhood. Constantin Jutis lives with two other men with developmental disabilities at the home, and all receive round-the-clock care.

The home has been the perfect fit, Anna Jutis said, after her son had lived in — and been removed from — seven homes by the time he was 29 for behavior described as erratic and dangerous by doctors in letters, and in a 2002 academic study prepared by psychologists. The study and other documents related to Constantin Jutis' care were provided to Newsday by Anna Jutis and her son, Peter Jutis, 51, of Astoria.

In a statement, Office for People With Developmental Disabilities spokesperson Jennifer O'Sullivan said the lease at the Centereach house is expiring but gave no other reason for removing the residents.

The agency "is reviewing our options for providing the people living at this location with the appropriate care that meets their individual needs. However, we do not have immediate plans for relocation, and any relocation would be done in coordination with the individuals and their families," O'Sullivan said in her statement.

The Office for People With Developmental Disabilities signed a two-year lease in 2014 that expired on Dec. 31, 2016, and has been extended monthly since, said Nicole Epstein, of the Garden City lobbying firm Gotham Governmental Relations, which has been working with the residents’ families.

"This group home should be used as a shining success," and as an example for how to run a group home, Epstein said. "Instead, you take this amazing story and they’re turning it into a complete nightmare for these families."

Even with the promise of finding new housing for the residents, their families say the Centereach program is unique, and they doubt there's another facility capable of caring for them. The house was designed to be more spacious, with fewer residents — a maximum of four — than other group homes. Each resident has his own bedroom and living room, and there is a kitchen and dining area shared by the residents and staff.

Besides Constantin Jutis, the house's other residents are Paul Sybalski, 42, and Cory Albin, 29. A fourth resident was relocated earlier this year.

The three men are typically sweet and docile adults who love dancing, playing basketball and sharing meals together, their families said.

But each man has a severe form of autism that makes them prone to sometimes violent outbursts and destructive behavior, essentially 9-year-old boys inside the bodies of grown men, the families said.

The house, owned by Manorville nonprofit Independent Group Home Living Program, is operated by the Office for People With Developmental Disabilities, which employs 17 full-time staff at the site and pays $1,800 a month in rent.

The private living areas allow the men to escape to listen to music or watch television during times of stress or agitation, their families said. Staff is trained to give the men their space when they are upset and help them cook favorite meals or play basketball in the backyard when they're in a better mood.

"Through 20 years, he has progressed very nicely and he has come a very long way," Dyan Sybalski, of Centereach, said of her brother Paul.

Sybalski's parents, Paul and Marilyn Sybalski, who both died in 2016, worked with George and Anna Jutis to develop the house for their sons and two other men. George Jutis since has died. Albin moved into the home about eight years ago.

A 2002 study of Constantin Jutis prepared by psychologists at Stony Brook University said he destroyed furniture in his former dwellings, including New York group homes and two facilities in Massachusetts. Jutis tore down a 9-foot fence at one location, attacked staff at others and injured himself to the point where he was hospitalized, the study said.

In 1993, when he was 22, discharge papers prepared when Jutis left the New England Center for Autism said he "presents the most severely challenging behavior of any student in our staff intensive unit program. His aggressive behavior can be very dangerous," though it noted Jutis "has made progress" during his four-year stay there.

“It’s saving his life. There’s no house on the Island that can duplicate this..."

Before Albin moved to Centereach, police frequently were called to the Blue Point group home where he lived because of his outbursts, said his cousin, Linda Gordon, of Mastic Beach, who is his legal guardian.

In interviews, their families said Jutis, Sybalski and Albin frequently "eloped" — ran out of the house and into nearby streets, heedless of oncoming traffic — when they lived in their previous homes.

Relatives: Men have calmed down

Since moving into the Centereach home, the men have calmed down and appear to be happier, their relatives said.

"I believe it’s saving his life, actually," Gordon said of Albin. "There’s no house on the Island that can duplicate this [and] that can be designed to their needs the way this house is. … For them to come back to their families, we would not be able to handle them."

The families said they have not discussed the move with the men because it may be too upsetting to them.

Sybalski, who bought a Centereach house so she could be closer to her brother, said Paul used to require supervision from two or more staff, but now only needs one.

"He gets up in the morning, he gets dressed, they’ll go to the mall," she said. "He's made such progress."

Sybalski and the other families said they have refused to consider other facilities for the men. They don't believe suitable alternative programs exist.

State officials have been "pushing us to go and look at different houses," Sybalski said. "We keep telling them no," adding her brother and the other men "have very unique needs."

“If the state is doing this, it’s probably for the best interest of the people who live there.”

In an interview, Independent Group Home Living chief executive Walter W. Stockton said the house would be repurposed as a group home for his agency's clients when the state's lease expires. He called himself an "innocent bystander" and said the decision to end the lease was the state's.

"I don’t have an opinion. It’s the state’s program," Stockton said. "If the state is doing this, it’s probably for the best interest of the people who live there."

He disputed the families' contention that other programs for the residents don't exist.

Families are getting support

Martinez wrote in an Aug. 18 letter to Office for People With Developmental Disabilities Commissioner Theodore Kastner that the agency's decision to terminate the lease was "unacceptable and inhumane."

"It is clear that there isn’t another location to best meet their needs as this is the best location for them," Martinez wrote. "This is NOT how New York should treat its most vulnerable population."

Martinez is set to leave office at the end of this month after losing her reelection bid in November to Republican Islip Town Receiver of Taxes Alexis Weik.

“This group home should be used as a shining success ... they’re turning it into a complete nightmare for these families."

Family members said taking the men into their own homes is out of the question.

"Of course not, especially not at my age," Anna Jutis said. "He’s not the little boy, and for me, I’m very old to take care of him."

Gordon also cares for Albin's mother, who lives in a nursing home, his twin sister and another cousin.

Gordon and the other families said they hope state officials change their minds and keep the men in their current home.

"You have to do something. They’re human beings," Gordon said. "They’re here to teach kindness and compassion. They’re our teachers. … God made them for a reason."