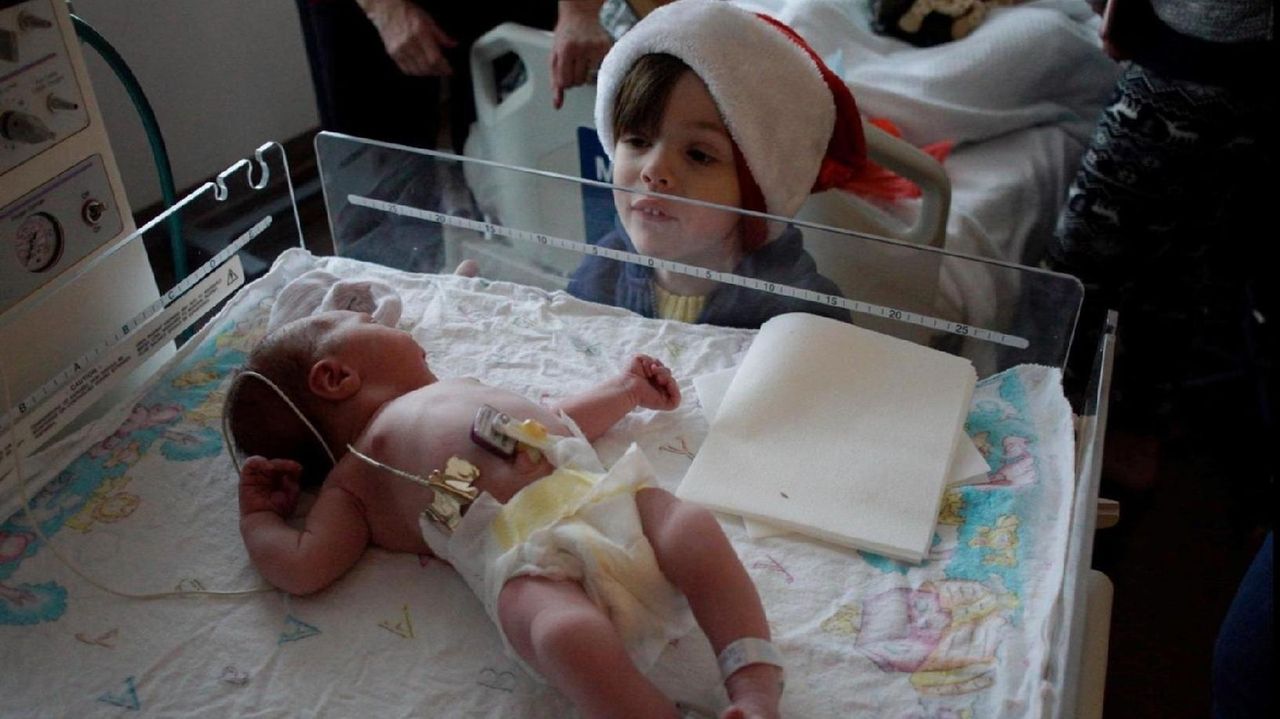 A Stony Brook couple has one more thing to celebrate this holiday season. Jacki and Josh Grossman had their second child on Christmas Eve, exactly four years after their first was born -- in the same hospital, delivered by the same doctor. They showed off their newest edition on Wednesday, Dec. 27, 2017. Credit: Newsday / Raychel Brightman) (Photo Credit: Andrew Theodorakis

A Stony Brook couple has one more thing to celebrate this holiday season.

Jacki and Josh Grossman had their second child on Christmas Eve, exactly four years after their first was born — in the same hospital, delivered by the same doctor.

“I couldn’t feel more blessed than to have my boys share such a special day,” said Jacki Grossman, 35. “It must have been meant to be.”

The Grossmans were preparing to celebrate their son Oliver’s fourth birthday on the night before Christmas, when their second son, Elliott, “decided to crash the party,” said Jacki Grossman.

She was hoping her second child would arrive after the holidays so her two boys wouldn’t share a birthday, but she went into labor on the night of Dec. 23. The couple rushed to Stony Brook University Hospital the next morning.

They saw a familiar face when they arrived. Dr. Phil Schoenfeld has worked Christmas Eve and Christmas Day at the hospital for the past 17 years, and though the Grossmans do not go to his practice, he ended up delivering both of their baby boys.

“I actually joked that I’d see them again in another four years,” Schoenfeld said.

“I was actually really surprised and happy that he was excited to share his birthday,” she said.

Oliver ran around the hospital telling everyone about his new brother. And when Elliott began to fuss, Oliver even sang to him a refrain from his favorite Christmas song: “You better watch out. You better not cry. You better not pout, I’m telling you why.”

“It was so sweet,” the mother of two said.

The family is looking forward to continuing their Christmas tradition. For Oliver’s birthday each year they have a cake made that reads, “Happy Birthday Oliver and Jesus.”