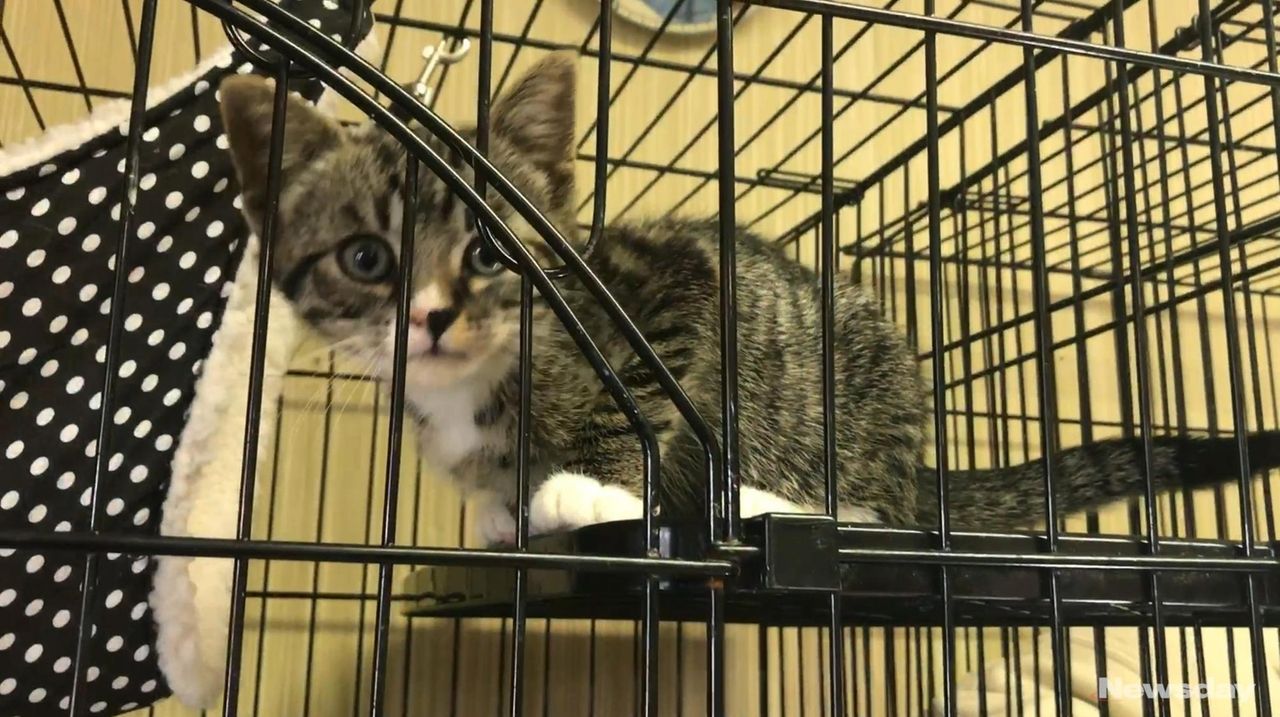 The Town of Babylon is preparing to unveil a new state-of-the-art animal shelter in North Amityville. Officials are putting the finishing touches on the 13,000-square-foot shelter, which is scheduled to officially open next month. (Credit: Newsday/Denise M. Bonilla) Credit: Newsday / Denise M. Bonilla

The Town of Babylon is preparing to unveil a new state-of-the-art animal shelter in North Amityville.

Officials are putting the finishing touches on the 13,000-square-foot shelter, which is scheduled to officially open next month.

The nearly $10 million facility is five years in the making and was supposed to open three years ago. After missing that target, the town set a new one of last November, but then hit more snags.

“Like any other massive project with a lot of moving parts, things happen,” Babylon Deputy Supervisor Tony Martinez said, calling the delays typical for this type of construction.

The town bonded for $9.85 million to construct the building. The town’s current 9,000-square-foot shelter in West Babylon was completed in 1989 for $1.18 million. The town has since outgrown the space, Babylon officials said.

Last year the town had 235 dog adoptions and 325 cat adoptions.

Visitors to the new shelter will be greeted first by a cat porch, which allows felines to look outside through fencing, and then a glass-enclosed free-roaming cat room. The current shelter has about 75 cats despite a capacity for only 25, said shelter director Chris Elton. Because of the lack of space, cats in cages line the perimeter of the current shelter’s lobby, presenting problems for visitors with allergies, he said.

“This way, people are still feeling like they’re part of what’s going on with the cats but they’re not breathing in the same air,” he said of the accommodations in the new shelter.

The new facility features 12 different heating, ventilation and air-conditioning systems, allowing for better prevention of the spread of disease while also reducing noise and odors. This benefits both humans and animals, Elton said.

“In theory, the cats won’t know the dogs are even here,” he said.

The existing shelter also has an outdated approach to kenneling dogs, Elton said, with cages that face each other. This results in the dogs being constantly stimulated. In the new shelter, the kennels face walls topped with one-way glass so that the dogs don’t see each other and visitors can look at the dogs undetected.

“A lot of the things we’re doing are about lessening the stress for the animals to increase adoptability,” Elton said.

He added that the new facility also provides a better space for workers and volunteers, with a cleaning system that can flush out waste as well as emergency buttons if a dog becomes aggressive. Rather than one cramped room for laundry, food preparation, litter-box cleaning and veterinary care, the new shelter has separate spaces for each.

Linda Stuurman, president of Last Hope Animal Rescue in Wantagh, called the current facility “old and antiquated” in its approach to animal care and “kind of depressing” to visitors.

“Anything over the current conditions would be a vast improvement,” she said.

Veterinarian Deborah Lupo-Lyons, who has contracted with the town for nearly a decade, said she is excited about the facility’s “much-needed” space.

“I think we’re going to be able to provide much better healthcare for the animals now,” Lupo-Lyons said.

The new Babylon Town animal shelter will include: