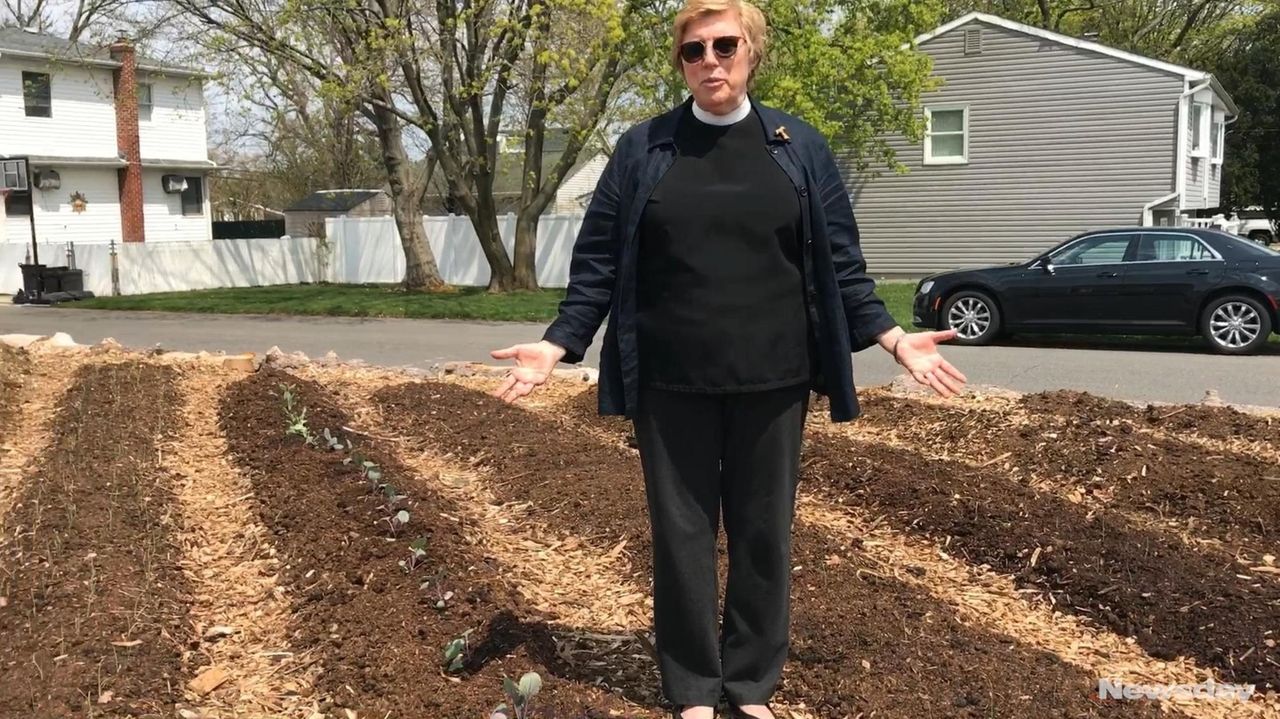 Town of Babylon officials are facing off in a showdown against a church over a vegetable garden that the town says is a fire hazard.

Christ Episcopal Church in Babylon Village for the past few months has been building a garden at its West Babylon rectory on Belmont Avenue so that the church can provide fresh vegetables such as cabbage, peppers and lettuce, as part of its food program for the needy. The church partnered with nonprofit The Wild Republic to create a garden using a permaculture technique by which mulch and compost are layered from 24 inches to 30 inches high to capture water and limit runoff.

“We honestly truly believed that the town would be excited about the reduction in rain runoff but we didn’t get that reaction,” said Wild Republic co-founder Adam Mick.

Town spokesman Kevin Bonner said the fire marshal has deemed the garden a fire hazard because that amount of mulch could easily catch fire.

Bonner said the church was issued a violation notice on April 24 after complaints from a half dozen neighbors in March sparked an inspection. The church was told to reduce the mulch to no more than 6 inches high, Bonner said. He said the town has attempted to work with the church to remedy the situation but there has been no compliance, prompting the issuance of another violation notice on May 3. The church has until May 10 to comply or the town will send workers to grade the land.

Nesmith said she never received the initial violation notice and has had no conversations with the town about the garden until this past week. She said removing the mulch will essentially destroy the permaculture concept for the 2,500-square-foot garden.

“I want to keep talking to the town but I want them to return the favor,” Nesmith said. “I want them to listen instead of just pushing.”

Bonner said there can be more discussion but “the public safety of our residents is not up for debate.” He said town-owned land for the garden has been offered to Nesmith, who said she would “certainly consider that in addition to ours.”

This isn’t the first time the Babylon church has faced pushback. Neighbors three years ago signed a petition to halt the church’s plans to open its food program, saying it would bring traffic and unsavory visitors to the residential area.

Rectory neighbors are split in their opinion of the garden.

“They’re trying to do a good thing here and it should be supported,” said Karen Melton, who lives several houses away. “There’s probably more of a fire hazard in people’s basements than in this mulch.”

Glenn Scalise, whose property abuts the rectory, said odors and the possibility of rodents concern him.

“It’s not a garden, it’s a farm,” he said. “I support feeding the homeless but we’re not Cutchogue with potato farms. This is a misuse of the land.”

Forecast: Snow is falling on Long Island
Barge off Long Beach surveys best route for wind-powered cable
Survey says: Omicron delays employers' back-to-office plans
On the front lines of omicron: It 'hit us like a tidal wave.'
Seniors Calendar: Events from Jan. 23 to Jan. 30
A community comes together to 'put food in the fridge that people will actually eat'
Didn’t find what you were looking for?