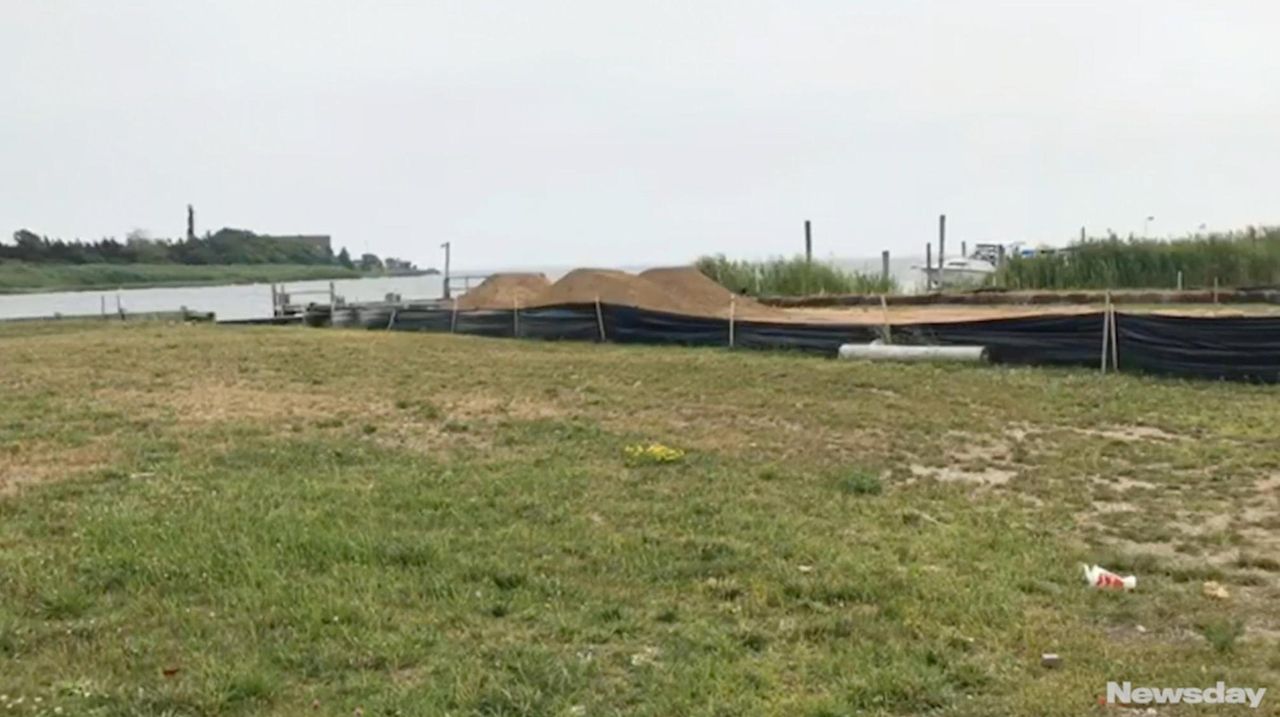 The Town of Babylon is purchasing the eight parcels in unincorporated Lindenhurst from New York State for $10 and will preserve them in perpetuity as open space. Credit: Newsday / Jesse Coburn

It’s back to nature for eight superstorm Sandy-battered properties near the Lindenhurst waterfront.

The Town of Babylon is purchasing the parcels in unincorporated Lindenhurst from New York State for $10 and will preserve them in perpetuity as open space.

The previously developed parcels are the first Babylon has acquired with the intention of returning them to their natural form, said Brian Zitani, the town’s Waterways Management Supervisor.

The six contiguous plots on Venetian Boulevard and two on Granada Parkway were inundated in the October 2012 storm, which sent an eight-foot surge over the low-lying neighborhood, Zitani said.

To help such areas recover, New York State created the Enhanced Buyout Program, which enables the owners of substantially storm-damaged properties in some flood-prone areas to sell them at their pre-storm fair market value to the state, according to Catie Marshall, a spokeswoman for the New York State Governor’s Office of Storm Recovery.

The state then demolishes any structures and converts the plots into permanent open space.

The program restores “a natural buffer that can stem flooding and protect property,” Marshall said. “We look forward to the successful transfer of these parcels to the town and increasing its resiliency,”

Marshall said the state purchased the eight parcels from their prior owners for $2.01 million.

The Babylon Town Board approved the acquisition in a 5-0 vote at a July 11 board meeting.

The town does not have any immediate plans for the reed-covered parcels on Venetian Boulevard, except to fence them off, Zitani said as he visited the site Tuesday. The town will develop a management plan for the land in the coming years, and possibly seek grant funding for new native plantings on them, he said.

Ron Link, 67, who lives around the corner, said he was happy to learn the town had acquired the land.

“The houses that were here before were just all falling apart,” he said.

Link said he would like to see a community center built on the land.

The two parcels on Granada Parkway will be incorporated into neighboring Venetian Shores Park, Zitani said.

The re-naturalization of the land should make emergency operations easier in the event of future storms, he said, also noting the vacant properties means "more families we don’t have to evacuate."

Babylon Deputy Supervisor Tony Martinez said the acquisitions were a positive development, but that the town’s recovery from Sandy is still incomplete.

“There’s still a lot of people trying to get back into their homes,” he said. “This is just a small step.”