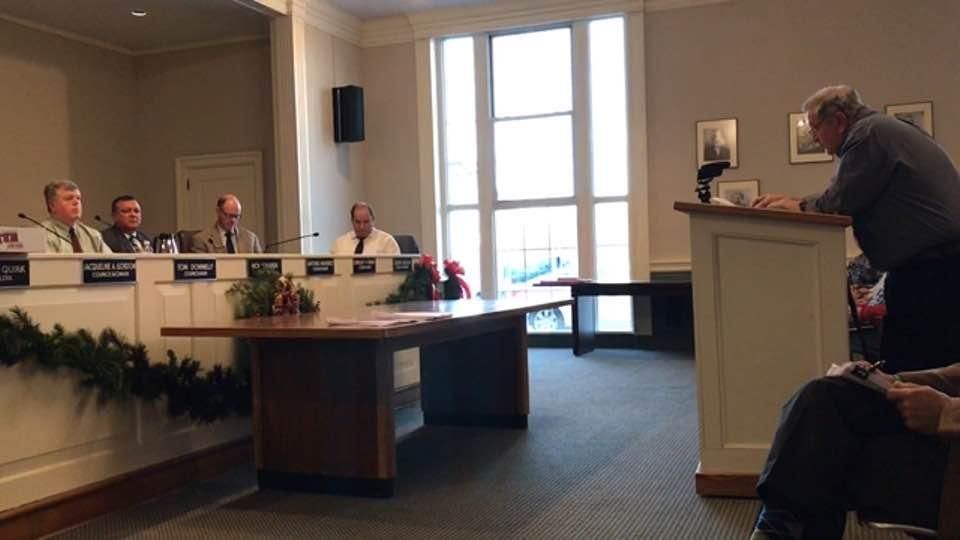 Babylon residents called on town officials Wednesday to slow down plans for a new zoning permit that would allow for dense apartment buildings on thousands of small parcels throughout the town.

Mixed-use buildings as tall as four floors would be possible under the proposed permit to help rejuvenate commercial districts, town officials have said. But at a town board public hearing on the plan, civic leaders and residents said such development would change the suburban character of their neighborhoods for the worse, and that new residents would burden schools and infrastructure.

“You are attempting to undertake something that has not been done on Long Island before,” said John Lisi of Lindenhurst. “I implore you to put a moratorium on the vote until you have studied this further.”

Babylon Supervisor Rich Schaffer said town officials will respond to the questions raised at the meeting in the coming weeks. He said he did not know if or when the town board will vote on the issue.

The permit would be the first of its kind on Long Island, according to a survey of the 13 towns and two cities. If approved, it would allow for buildings of up to 40 feet tall with 80 apartments on lots up to 2 acres in business, industrial or multiresidential districts. The permit would override other zoning requirements as long as the buildings fit in with their surroundings and contain a “compatible mixture of uses.”

About 20 people attended the normally empty board meeting Wednesday afternoon. Two spoke in favor of the proposed permit, including Kevin Moran, a legislative aide at the Long Island Builders Institute.

The permit would contribute to “positive economic development in the area, an increased vibrancy and desire to live in the town, as well as an increase in home and property value,” Moran said.

Bruce Murray, a Babylon Village resident, said the buildings allowed under the permit would address the desire of many millennials to rent apartments in lively downtowns, and said such residents rarely impact school districts.

Five people expressed concerns or opposition to the new permit, including four civic association leaders, who said the permit would change the character of neighborhoods.

“Many of us left the city for a quieter and less stressful atmosphere,” said Spiro Vagelatos, president of North Babylon’s Sunset City Civic Association. “Many residents like myself enjoy the homes and tree-lined streets just the way they are.”