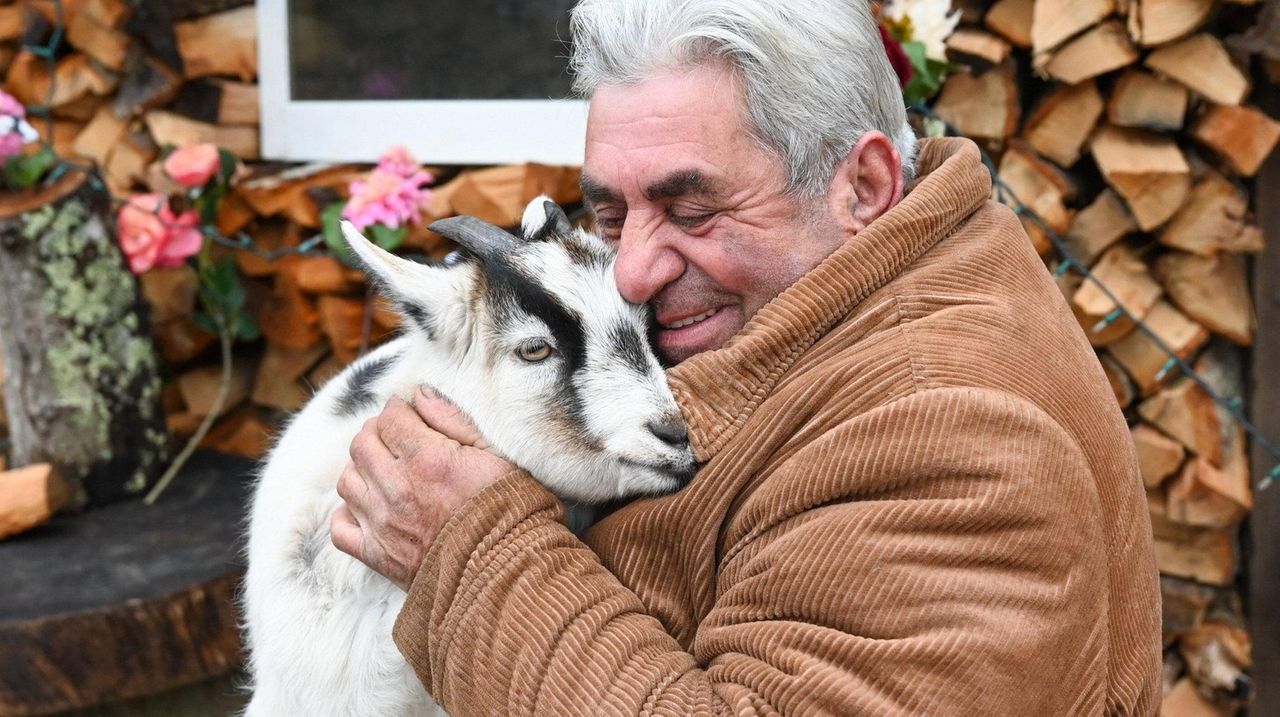 The new companion goat for an East Moriches farm stand owner, the black-and-white kid follows in his owner’s footsteps, rides in his van during deliveries, keeps him company throughout long work days that start at 5 a.m. — and replaces some of the joy that was taken away when his predecessor, Jose One, disappeared last month.

"I got no family in this country, see I’m working hard…I love animals," said Bahittin Akot, a Turkish native who speaks five languages. Smiling as he held up Jose Two, a pair of roosters crowing in the background, Akot said, "He makes me feel good."

At Akot’s farm stand, Baha's East Moriches Farm and Firewood Stand on Montauk Highway, Jose One was quite a well-known and much-loved personality in the community — and points east, north and west.

But on Dec. 8, Akot arrived at the farm stand to find an empty pen, prompting flurries of calls to the nearby Long Island Game Farm - Wildlife Park & Children's Zoo in Manorville from locals who feared someone might try to bring the goat to the farm, which has its own goat herd.

"I’d just heard from local people who were very upset," said Melinda Novak, who owns the game farm. "Honestly, I’ve never been to the farm stand. I didn’t know Baha."

Said Akot: "I lost my goat. This whole town was very good to my goat. I appreciate it."

Wanting to help, Novak — whose goat herd expanded in April with the birth of kids that often enthrall young farm visitors — got in touch with Akot.

"It’s like he lost his best friend," she said, describing Akot as "the sweetest man in the world."

"I was like, we have all these goats. Why don’t we just give him a goat?" Novak said. She added: "Honestly, it's just the right thing to do."

So they did. The farm’s goat expert chose the kid now known as Jose Two.

"He’s this great combination of being very independent but also he likes to cuddle," Novak said.

Akot met his new friend at the game farm.

Novak says she walked with Akot, who brought the owners Dunkin Donuts treats, to his van.

"The best part absolutely was not the donuts," she said. "He got in his van, and I thought, ‘Maybe there is somebody in the van I didn’t see’ —and he’s laughing and talking to the goat."

Said Akot, who told Novak she could come visit the goat any time in its new pen: "I love this country. They give me a lot of things. I appreciate it."