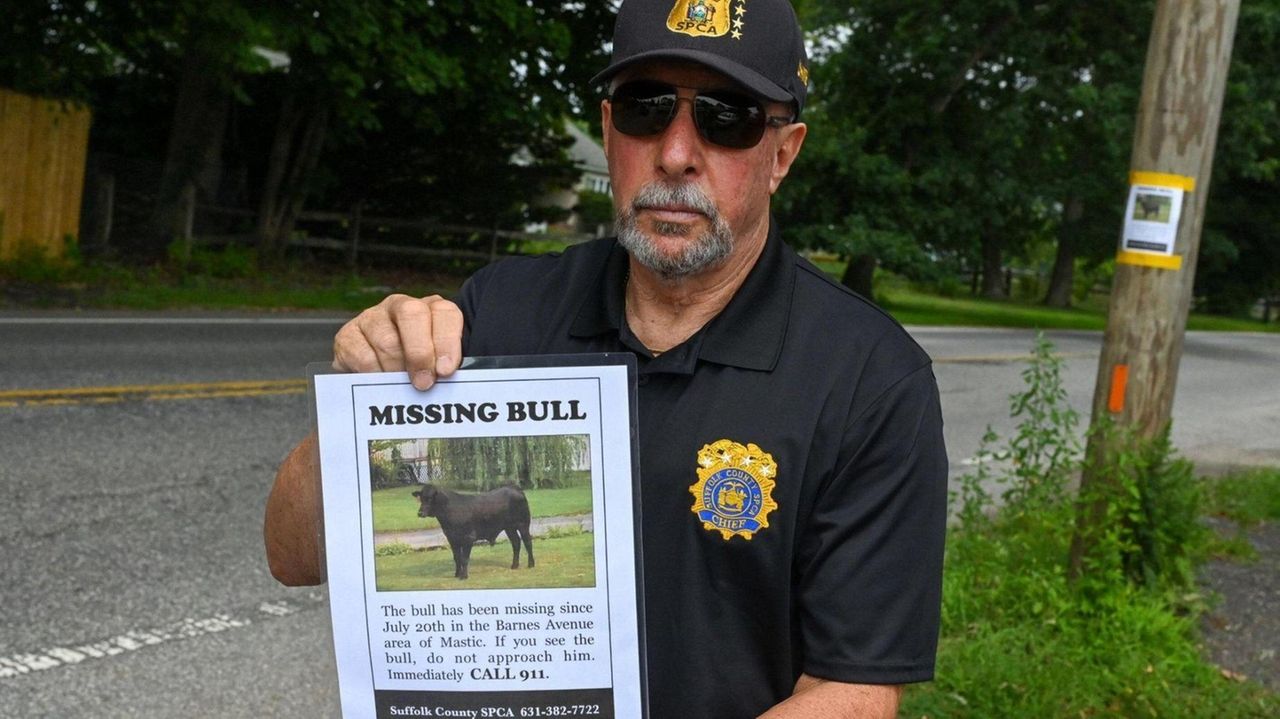 The watch continues for Barney the bull.

It’s been 10 days since Barney escaped from a Moriches farm. Despite efforts by land and air, law enforcement and volunteers and horseback and on foot, the bull, estimated to be 1,500 pounds, remains a runaway.

Rescuers have sent out a cow in heat and loaded a horse pen with grain and Thursday were planning to spread cow manure as an attractant, all with the hope that he will return on his own.

"No new updates as of today," said John Di Leonardo, a wildlife rehabilitator and president of Long Island Orchestrating for Nature, which is among the groups working to find Barney.

"We still have volunteers manning the corral in case he goes in, but nothing to report."

Di Leonardo said volunteers hoping to corral Barney have partnered with PETA to place a billboard to bring attention to Barney’s plight.

"We’re going to place the billboard within 10-15 minutes from where he escaped on major roadways," Di Leonardo said.

Roy Gross, chief of the Suffolk County SPCA, said searchers planned to employ a new tactic Thursday by putting out cow manure, hoping the wandering bull will be attracted to the smell of his own kind.

In a less odoriferous approach, the searchers were also plastering utility poles in the area with leaflets seeking the public's help in locating Barney.

Gross said that once captured, Barney will go to live at a 230-acre animal sanctuary in Wantage, New Jersey.

"Hopefully once he’s recovered safely, he’ll be transported to this sanctuary to live out his life," Gross said.

A Suffolk County police spokesperson said the department was no longer working on the case.

'We want him to come to us': Man keeps watch on trap set to lure missing bullThe search for the bull has gone on for more than a week, and now the rescuers on his trail have eschewed an active search in favor of simply waiting for him to come to them. Searchers: No sightings, but bull probably hasn't left areaThe 1,500-pound bull remains elusive and in hiding, last seen Friday, according to his pursuers, who have been searching for him since he escaped from a fenced-in farm in Moriches last Tuesday.