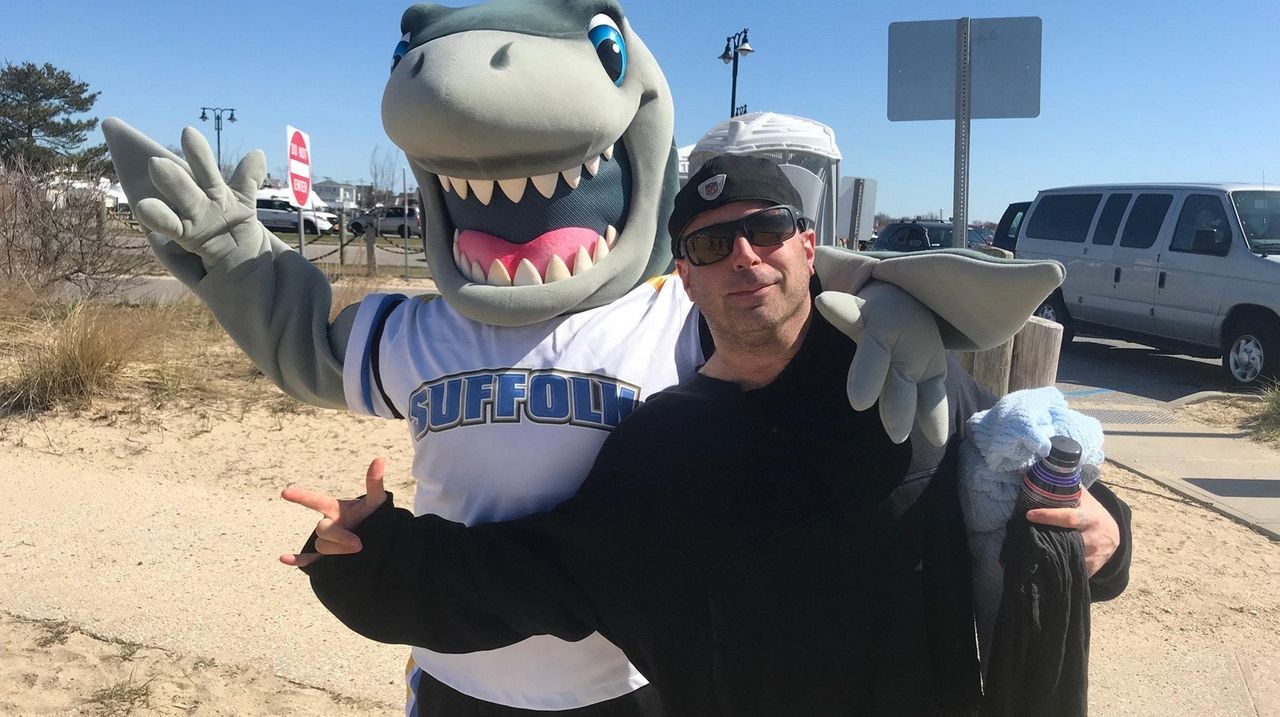 Brian Orlando, radio host and personality of Long Island’s 94.3 The Shark, stripped down to his swimsuit to bear the cold waters at the seventh annual Polar Bear Splash organized by AHRC Suffolk. The 39-year-old Ronkonkoma native, known on the radio by his surname, has been on the station since it launched in 2012 and said he wanted to help raise money for a good cause.

“I just feel awesome in the craziest sort of way,” Orlando said post-Splash. “The second that icy water hits you, you’re like, ‘Oh my God, what did I do?’ and then two steps later, you’re like, ‘Cowabunga, let’s get it done!’ The trick is to completely submerge yourself so you don’t feel anything, and also have a towel waiting for you.”

Orlando said his desire to help the organization stemmed from his connection with former radio colleague Leeana Costa, a past morning show co-host at K-98.3 who is now director of development of AHRC Suffolk.

“When I saw the way Leeana would talk about her nephew who had special needs, her entire face would just light up and it inspired me to become a member and help donate to the foundation,” he said.

Along with Orlando, more than 200 people from all over Long Island gathered for the Polar Bear Splash, dressing in unique costumes and raising money for the organization’s mission.

“It’s just so simple to do and you learn that you don’t necessarily need to donate money, you can donate time and feel great about it afterwards,” Orlando said. “Don’t get me wrong, social media is great, but maybe we should all jump off our Facebooks and do something to help.”

According to its website, the mission of AHRC is to support and advocate for individuals of all ages with unique abilities and challenges.

“Our Polar Splash is our spring event and we try to raise funds throughout the year for our programs and services for intellectually and other developmentally disabled individuals,” coordinator Michelle Serrado said. “We are definitely trying to build this event and get more students and young people involved to learn more about our organization and have fun while doing it.”

Students and teachers from nearly a dozen high schools came out to participate. AHRC officials said the event raised roughly $15,000 for the foundation through preregistration fees and on-site donations.

“If all I have to do is strip down to my shorts to make a difference, then I’d do it every day,” Orlando added with a laugh.