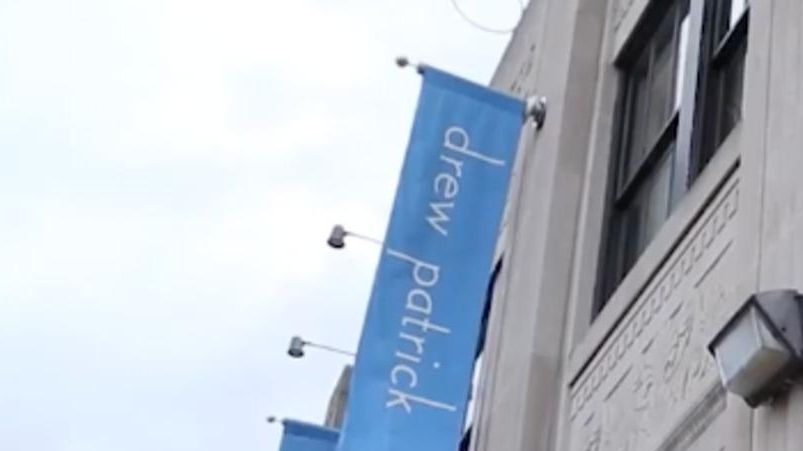 A few years ago, the owners of Drew Patrick Spa in Bay Shore found 12-foot toy soldier statues from Radio City Music Hall at a flea market in Massachusetts.  This year, those statues are part of the holiday decor at the spa. Credit: Barry Sloan

With impish grins and rosy cheeks, towering toy soldiers — reminiscent of those that once sat atop Radio City Music Hall — have moved into downtown Bay Shore in time for the holiday season.

“When you stand in front of them, you smile with delight,” said Donna Periconi, head of the Chamber of Commerce of Greater Bay Shore. “You can’t help but do that.”

Three of the 12-foot-tall statues stand sentry at the corner of Main Street and Ocean Avenue in Bay Shore, just outside the Drew Patrick shop and spa. A fourth resides inside the store.

“I like to think that the toy soldiers are our holiday greeters,” Periconi said. “They’re welcoming people to an old-fashioned Main Street. . . . It’s capturing the true spirit of the holiday season.”

Crowds of customers and passers-by have stopped to have their photo taken with the massive toy soldiers.

“There’s a sense of hometown about Islip,” Carpenter said. “Driving down Main Street, when you see those toy soldiers it just evokes that sense of pride.”

“These soldiers were sticking out in the middle of the tents,” Allt said. “I was immediately drawn to them and thought they were something special.”

Allt and Byrnes kept the soldiers in storage awaiting the store’s 10-year anniversary this year, doing some minor touch-ups in the interim before unveiling them to the community.

Allt said the statues had inventory tags attached from Radio City Music Hall, leading him to believe that they may originally be from the venue.

A spokeswoman for Radio City Music Hall said they can’t verify whether the Bay Shore soldiers were actually part of the venue’s former display, which ran during the holiday seasons of 1997-2006.

While Allt said they haven’t verified their authenticity, there is nothing counterfeit about the local reaction the soldiers have garnered.

“It was always our intent just to use them once,” Allt said. “The response to the soldiers has been really unique and tremendous, so I have a feeling we’ll be bringing them back.”