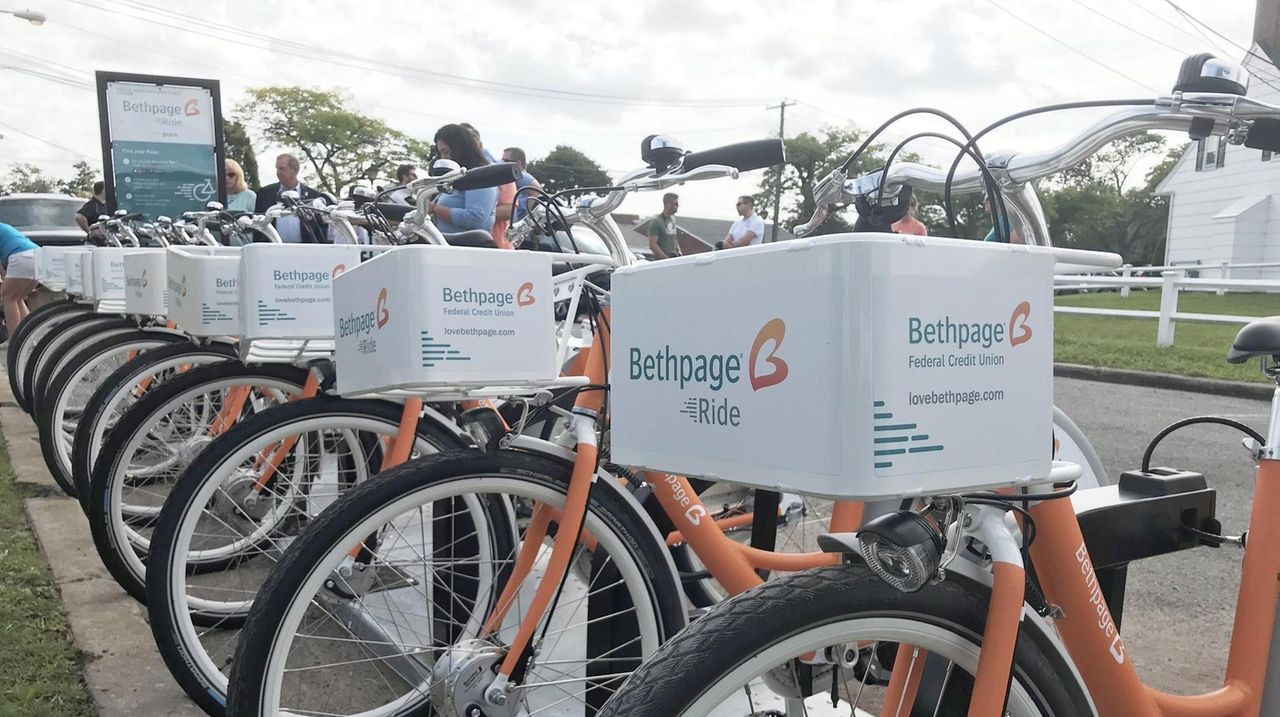 That is the message county officials hope to send by rolling out a bike-share program in three Suffolk communities to encourage people to ride a bike to go places.

Bethpage Ride, which was launched on Sunday, includes 100 orange bikes at 17 stations in the Village of Babylon, the Village of Patchogue and Hampton Bays.

“Residents and visitors will be able to leave their cars behind with the knowledge that a healthy, fun, convenient option is waiting for them,” County Executive Steve Bellone said Sunday.

The for-rent bike program, which is modeled after Citi Bike in New York City, is named after its sponsor Bethpage Federal Credit Union. On Long Island, similar programs are in place in Long Beach and Stony Brook University.

Officials, who called the program "the first of its kind" because of its regional reach, would help reduce traffic congestion, encourage a healthier lifestyle and expand the county’s transit options.

“It is ready to change the landscape of mobility in Suffolk County,” Bellone said as he stood by the lake in Babylon’s Argyle Park where people walked past and dogs barked intermittently on a sunny morning. “We're effectively extending the reach of our existing transit system.”

By placing the bike stations near train stations, downtowns and waterfront areas, officials said the program would also boost tourism by solving “the last-mile connection” problem without increasing traffic.

“From the mobility perspective of people that take the train out to come to our beaches and to Fire Island, you have that last mile,” said Linda Armyn, Bethpage Federal Credit Union's senior vice president of corporate affairs, who declined to disclose the cost of its sponsorship. They could “just take a bike from a train station down to the ferry.”

To officials at Sunday’s launch, the program was merely a start.

“I'm a firm believer that community by community, village by village, town by town, you can change mindsets,” said Joseph Keyes, a Patchogue Village trustee. "The more bikes that are going to be on the road over the next few months or years, the more people [will] become aware of it and we can see them adopting that."

Officials previously said they plan to extend the program to have 400 bikes available throughout the county.

To use a bike, riders first need to download Pace, a phone app, and create an account. A 15-minute ride costs $1  while a membership costs $10 per month or $60 per year for unlimited trips of up to 30 minutes. Ridership fees will go to Boston-based Zagster Inc., which runs more than 200 such programs in 38 states, to help cover maintenance and operational costs.

Clarissa and Paul Buencamino of Babylon Village noticed the 10-bike rack by the park’s entrance as they walked  past with their 7-year-old son, Joseph, on Sunday. The couple have been teaching Joseph how to ride a bike at home.

“We would definitely use it at least once or twice,” Paul Buencamino said.

For George and Lesley Johnson of Farmingdale, who came to Argyle Park at least once a week to walk, the program sounds like a good idea.

“If I had worked in the city, and I had come to Babylon to take the train, I would take the bike over to the train, maybe,” said George Johnson, 72.