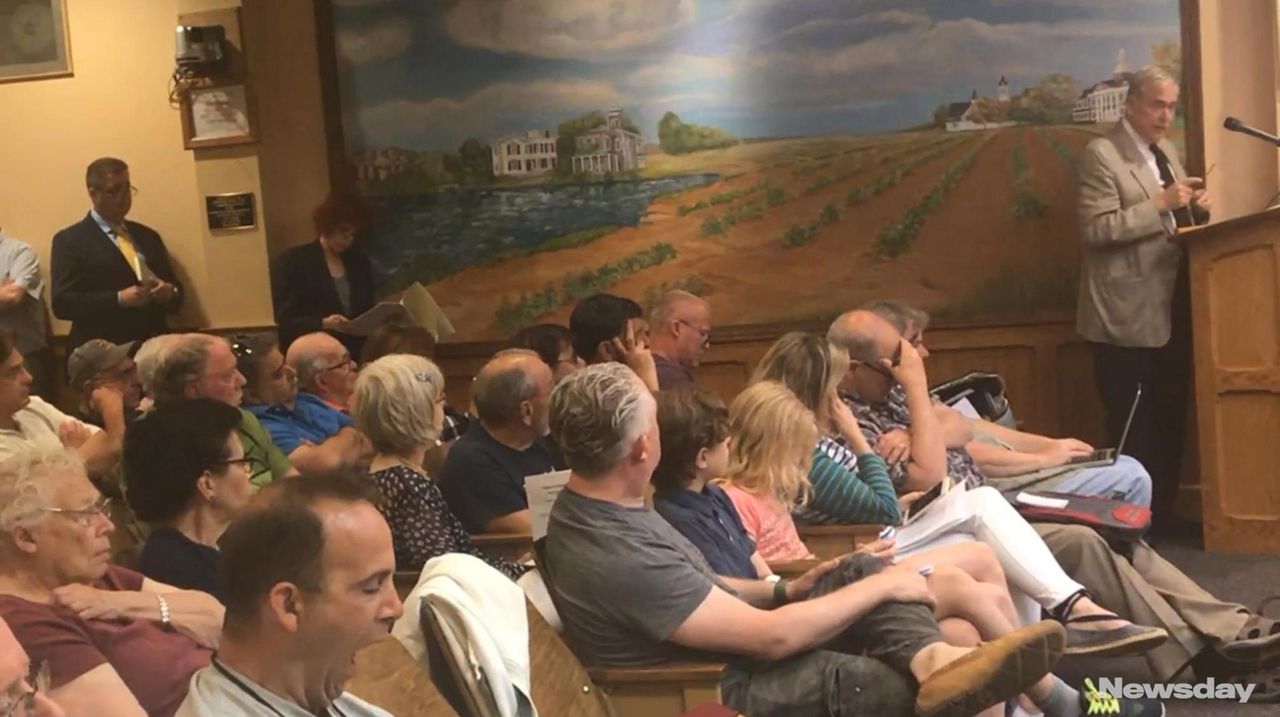 Environmental worries and concerns over increased truck traffic have prompted Northville Beach residents to ask the Riverhead Town Board to delay granting a special permit to an oil company until more information on the proposal is available.

Riverhead-based United Riverhead Terminal Inc., an oil terminal owned by billionaire John Catsimatidis, has requested a special permit to build a 28-by-45-foot pad with six biofuel tanks at 212 Sound Shore Rd. Representatives from the company said the tanks are needed for compliance with a New York State law passed in September 2017 requiring all heating oil that is sold for use in any building in Nassau, Suffolk and Westchester counties on and after July 1, 2018, to be bioheating fuel that contains at least 5 percent biodiesel.

Residents and members of civic groups who spoke at Tuesday’s meeting said they are worried about the proposed biofuel tanks, potential environmental risks they could pose and more oil trucks on surrounding roads.

“We don’t want or deserve nonresidential and nonagricultural industrial or commercial activities in zones where they don’t belong, which would endanger the safety or diminish the quality of life and the property values of our neighbors,” said Phil Barbato, president of the Riverhead Neighborhood Preservation Coalition.

Barbato added that the oil can be mixed anywhere and didn’t have to be mixed on-site at the Riverhead facility. A company executive said that option was not cost-effective.

Linda Prizer, president of the Northville Beach Civic Association, said Tuesday that she had “many, many more questions” after reviewing the permit in-depth. Those questions include what mitigation plans the company had for potential oil spills, whether landscaping or vegetation would be removed, and whether there would be excavation at the site, among others.

Nelson Happy, vice president of United Riverhead Terminal, said Wednesday that the Northville civic group had not contacted him before Tuesday regarding any of its concerns or questions, though he had written a letter — which he read at the meeting — answering their questions after town officials informed him Tuesday of the group’s concerns.

If the permit is not granted, Happy said the company — which sold 40 million gallons of heating oil last year throughout Suffolk County — may have to abandon such sales in the county.

The board closed the public comment portion of the hearing, but residents can leave written comments on the company’s petition until June 29. Several board members indicated they would seek additional answers to the public’s questions before deciding whether to issue the permit.

Search salaries of Riverhead employeesSee who was employed by the Town of Riverhead in 2017 and how much they earned.