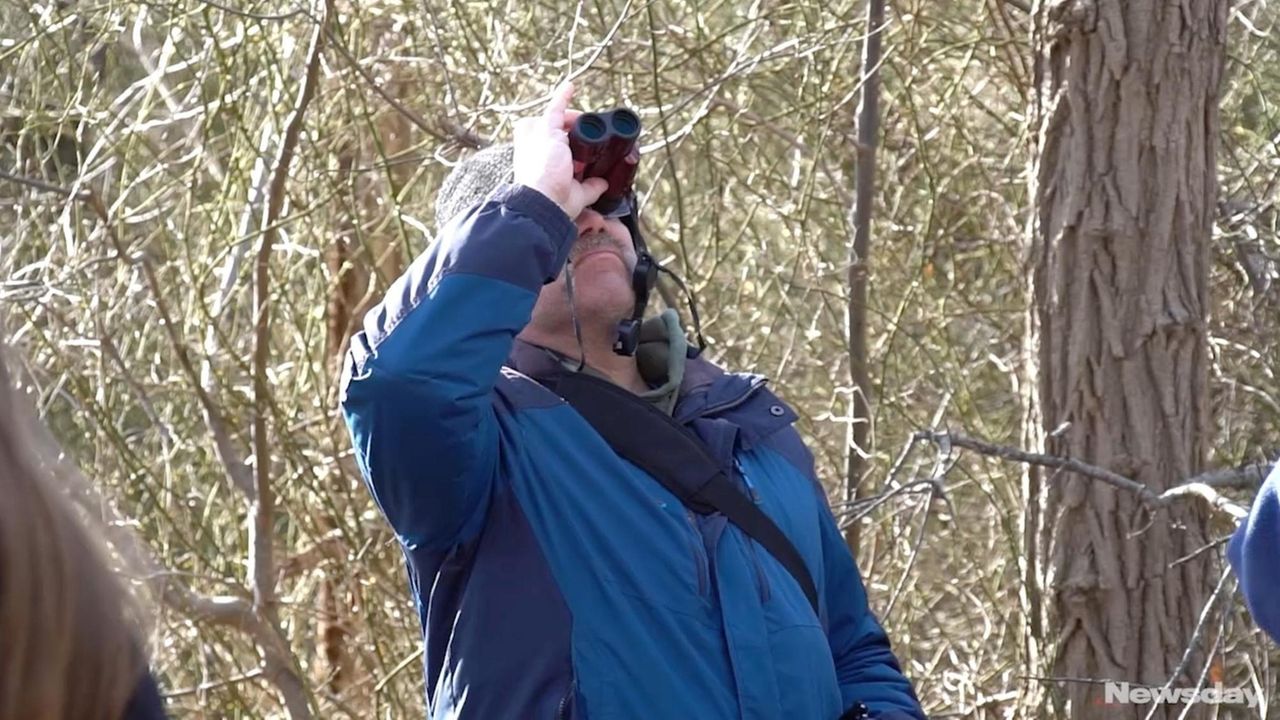 Bird-watchers took a three-mile walk through the William Floyd Estate in Mastic Beach to watch, listen to and count birds.  Credit: Ed Betz

Many birds fly south from Long Island when the cold weather begins, but those that remain are easier to spot without the cover of leaves.

More than 20 people Saturday morning took advantage of the bare branches — and the presence of species that migrate to the Island from the north — to watch, listen to and count birds during a three-hour hike through the William Floyd Estate in Mastic Beach.

The walk was one of a number on the Island that are part of the Great Backyard Bird Count, a four-day event that began Friday and continues through Monday.

The National Audubon Society launched the project in 1998 with the Cornell Lab of Ornithology to help track the population and distribution of birds. People count their feathered friends — in backyards or elsewhere — and submit information online.

Although many local birds are wintering in the Carolinas, Virginia or elsewhere, a number remain in the area, and many ducks migrate to Long Island each winter from as far as the arctic, said MaryLaura Lamont, a ranger at the estate, part of the Fire Island National Seashore.

During the walk, Lamont stopped often to listen.

“That’s a Carolina wren,” she said after hearing the bird’s distinctive call.

One of the most spectacular spottings was before the official counting began: An eagle flew over the parking area of the estate.

Some species were not cooperating. Group members hoped to see a bluebird, and they stopped several times in open fields where wooden “houses” were placed a few years ago to lure the species back to the area. Lamont saw four on Friday but none appeared Saturday.

Highlights among the more than 20 species seen include the golden-crown kinglet, with streaks of yellow on their heads, and the black-and-orange Rufous-sided towhee.

Susan Benson, 75, of Hampton Bays, has been birding for decades. But going with a large number of people can be especially rewarding, she said.

“The more people who are in a group, the more eyes there are, and the more you’re able to see,” she said.

Don Lanham, 55, of Shirley, was on only his second birding expedition.

He has long enjoyed taking photos of birds, but said, “I never knew what I was taking a picture of, so I figured this would be a way to learn.”