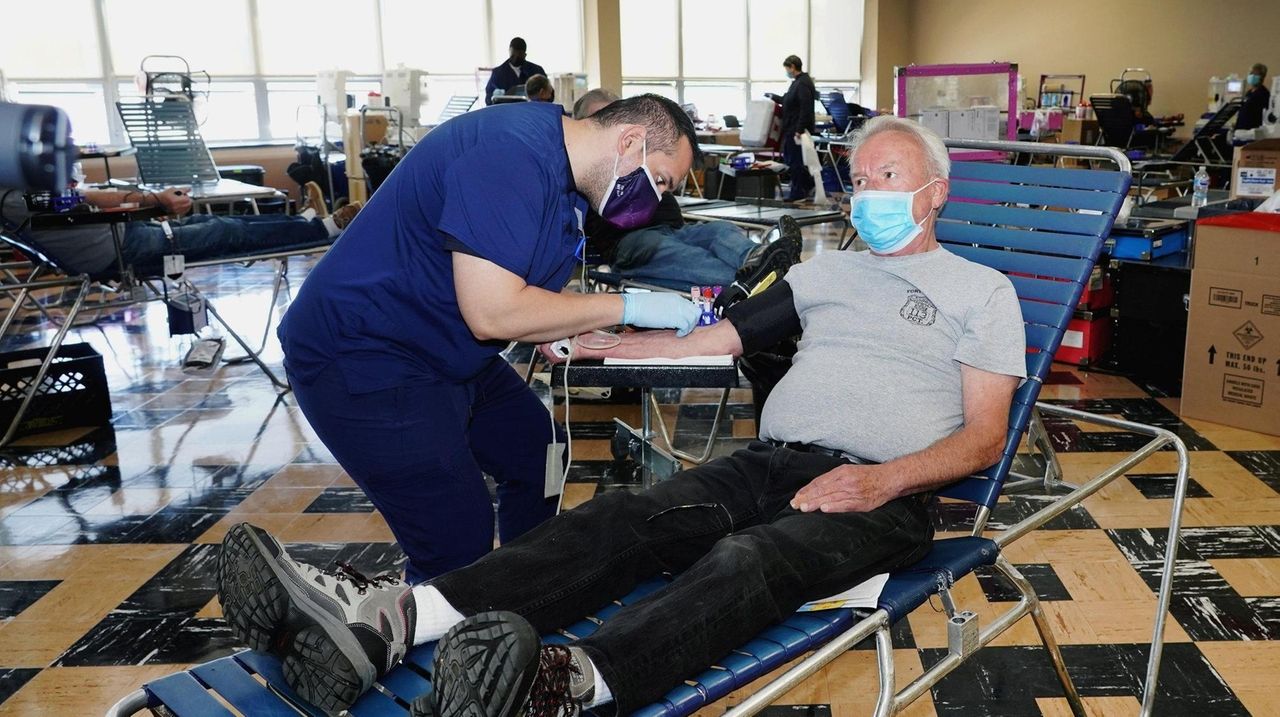 The annual Glen Ciano Blood Drive was held at the Commack Fire Department on Saturday. Ciano was a Suffolk police officer who was killed by a drunken driver on Feb. 22, 2009.  Credit: Debbie Egan-Chin

A steady pace of blood donations came in Saturday for the annual Glen Ciano Blood Drive at the Commack Fire Department, organizers said.

Rob Weisberg, a Commack firefighter and blood drive coordinator, said the turnout had been "nice and steady" by noon, with roughly 93 units of blood donated by that time. The goal was 222 units by the end of the day, a symbolic tribute to Suffolk Police Officer Glen Ciano, who was killed by a drunken driver on Feb. 22, 2009.

Extra precautions, including temperature checks at the fire station entrance, were in place due to the coronavirus pandemic. In addition, blood donation stations were 6 feet apart, with fewer stations available than in past years.

"It’s very individualized now. We’re trying to do this as safely as possible so we can help the community and remember Glen," Weisberg said.

Vincent Verdi, an organizer with the New York Blood Center, said this was a critical time for donations because the COVID-19 pandemic had shut down blood drives across New York State for the past year.

"The need is still there, but the donors are not, so we’re in a critical shortage right now, and we need as many people to come out and donate as possible to keep the hospitals filled with the blood that they need every day," Verdi said.

St. James resident Frank Latino, 55, who has Type O positive blood, said it felt good to donate, and he had no safety worries.

The blood drive was renamed in 2011 for Ciano, who left behind a wife and two children. Before it was renamed, 30 to 40 units of blood had been donated each year; now the number of units has increased to about 200 annually, according to Weisberg.

Huntington resident Patrick Martin, 57, a retired Suffolk police officer and blood donor who was a friend of Ciano, said the late officer would be honored to know that his legacy was being used to help get blood that could potentially save lives.