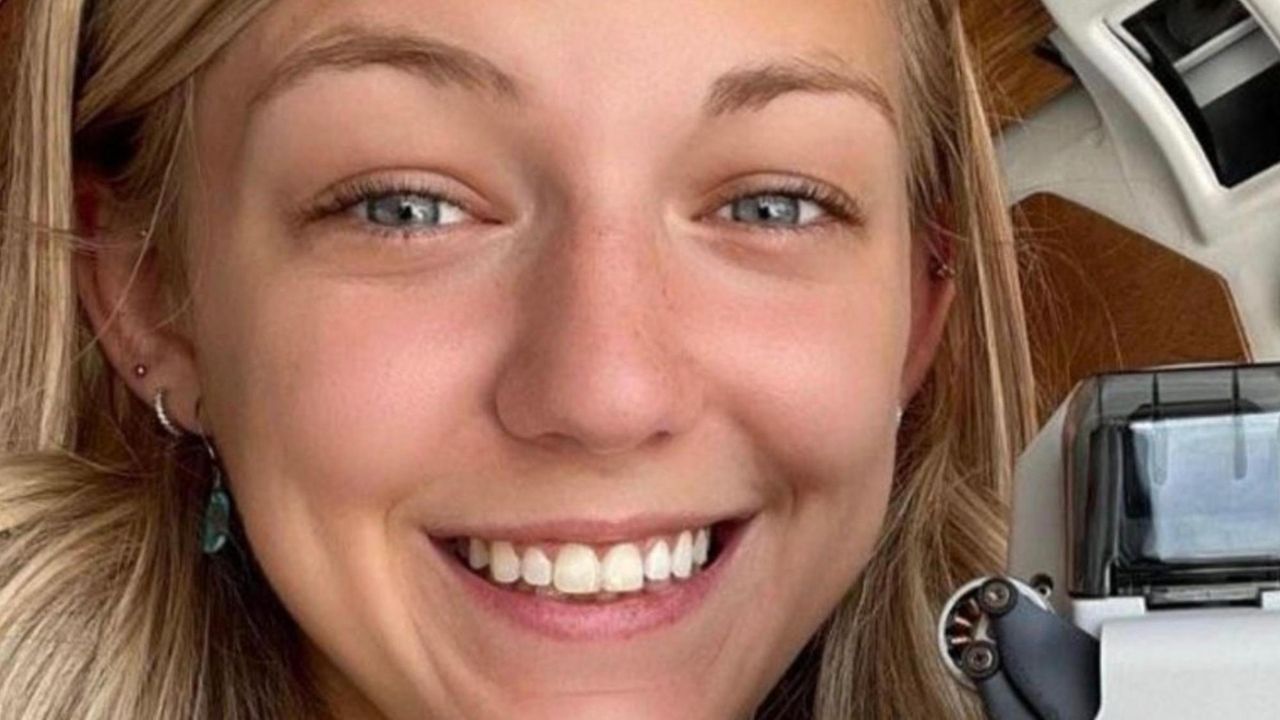 The family of 22-year-old Gabrielle Petito on Monday asked for the public's help after the Blue Point native stopped communicating with them while on a cross-country road trip. The family has not heard from her since August. Newsday's Cecilia Dowd reports.  Credit: Howard Schnapp; Facebook / North Port Police Department; Photo Credit: Joe Petito, SCPD

Police in Suffolk County, along with other law enforcement agencies, are searching for a 22-year-old former Blue Point woman who went missing during a cross-country road trip last month — one day after her parents pleaded with the public for information to help find her.

Gabrielle Petito was reported missing by her mother, Nichole Schmidt, of Blue Point, around 6:55 p.m. Saturday to the Suffolk County Police Department.

"She's not in touch with us, and she could be alone somewhere, stranded somewhere in the wilderness, and she needs help," Schmidt said in a news conference Monday.

Petito was last known to be in the Grand Teton National Park in Wyoming in late August.

She was traveling in a white, 2012 Ford Transit van with a Florida license plate. North Port, Florida police have located the vehicle there, along with the boyfriend with whom she was touring the country.

Her parents, who live separately and are since married to others, said they could not comment further on the boyfriend due to the ongoing investigation.

But Schmidt identified him as Brian Laundrie.

"I believe a mother’s instinct is the most powerful," Schmidt said during a news conference at the office of a family friend who is an attorney.

"I believe she’s going to come home." said Schmidt, who added that Laundrie and her daughter attended Bayport-Blue Point high school together, later "rekindled" their relationship and had been living together in Florida for 2 1/2 years.

"As a mom, I had concerns for my daughter going on a road trip in general. But I felt safe they were together, they had a plan, they had an itinerary. And we were excited for them," she said. "Everybody wanted to do what they were doing."

A police spokesman for the North Port, Florida police department, Josh Taylor, said Monday that their department is assisting Suffolk police with the investigation, along with the Tampa FBI, after local police found the van at Laundrie's house late Saturday night.

"We talked and confirmed he was...at his home in North Port," he said. "We were able to make contact. And he was there and so was the vehicle."

Taylor on Tuesday clarified that police had not yet spoken to Laundrie, but that his parents answered the door when police visited the home and referred them to an attorney.

Schmidt said she FaceTimed with her daughter around Aug. 23 or 24. She received texts sent from her daughter's phone until Aug. 30, but said wasn’t sure her daughter was sending them.

An FBI spokesperson referred questions to the National Park Service. An NPS spokesperson said: "We are coordinating with multiple law enforcement agencies as part of the investigation into Gabrielle Petito’s whereabouts."

Petito's father, Joe Petito, moved to Vero Beach, Florida, in June from Selden in part to be closer to his daughter, who had moved there with her boyfriend more than two years ago.

"I'm a parent whose child is missing. That's the biggest fear," said Joe Petito in an video interview. "The part that's hard, probably the most hard, is you don't know where to start. … I mean, how do you search an entire country — how do you do that?"

Before her disappearance, Gabrielle Petito had been on the road for months, her parents said.

She arrived in New York June 17, attended her brother’s high school graduation and left July 2 for the cross-country camping trip, her mother said. Her planned destination was Portland, Oregon, to visit a family friend around Halloween.

The Instagram account links to an 8-minute video on a YouTube channel featuring a woman identified as Petito and a man traveling in a converted van. The video was posted on Aug. 19 and shows scenes of Petito in parks, deserts and other settings.

Police said Petito, who is 5 feet 5 inches tall and 110 pounds, has several tattoos, including one on her finger and one on her forearm that reads "let it be."

Detectives ask anyone with information on Petito’s disappearance to contact Crime Stoppers at 1-800-220-TIPS. All calls can remain anonymous.