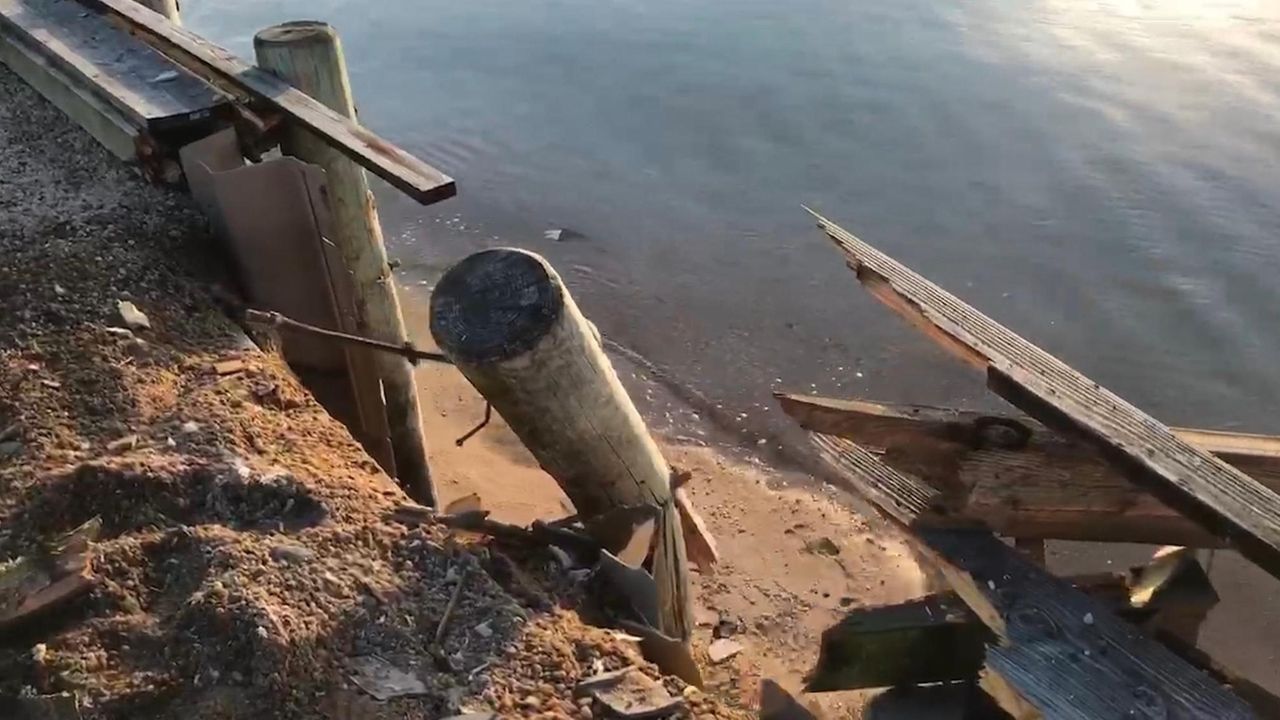 A 27-year-old woman was killed and three other occupants were seriously injured when a 39-foot powerboat slammed into a bulkhead west of the entrance to James Creek on Great Peconic Bay Sunday night in Mattituck, Southold Town police said. Credit: John Roca

An East Northport man faces a charge of boating while intoxicated in a fatal powerboat crash at the entrance of James Creek in Mattituck, Southhold police said Monday.

Police said they charged the boat operator, Frank DiStefano, 48. The Sunday night crash killed Kelley Blanchard, 27, of Riverhead and seriously injured DiStefano and two other occupants after the 39-foot powerboat slammed into a bulkhead west of the entrance to the creek, police said.

DiStefano will be arraigned at a later date, police said Monday.

Two of the seriously injured were airlifted to Stony Brook University Hospital via Suffolk County police medevac helicopters, while the other victim was transported to Peconic Bay Medical Center, officials said.  Police identified the three as DiStefano, Nick Soullas, 41, of Jamesport, and Megan Blanchard, 29, of New Suffolk.

It was not immediately clear if Megan and Kelley Blanchard are related.

On Monday, Sen. Jim Gaughran (D-Northport) called for the passage of his proposed legislation that would revoke the driver's license of anyone convicted of boating while intoxicated.

"Drunk boaters who recklessly jeopardize the safety of others should not be allowed on waterways or our roadways," Gaughran said in a statement.

Police said the four were aboard the Cobalt powerboat at about 9:15 p.m. when it struck the bulkhead about 50 yards west of the entrance to James Creek on Great Peconic Bay. The crash site is located near the end of Old Salt Road in Mattituck, police said.

Additional information was not immediately available. Police said the crash was under investigation.