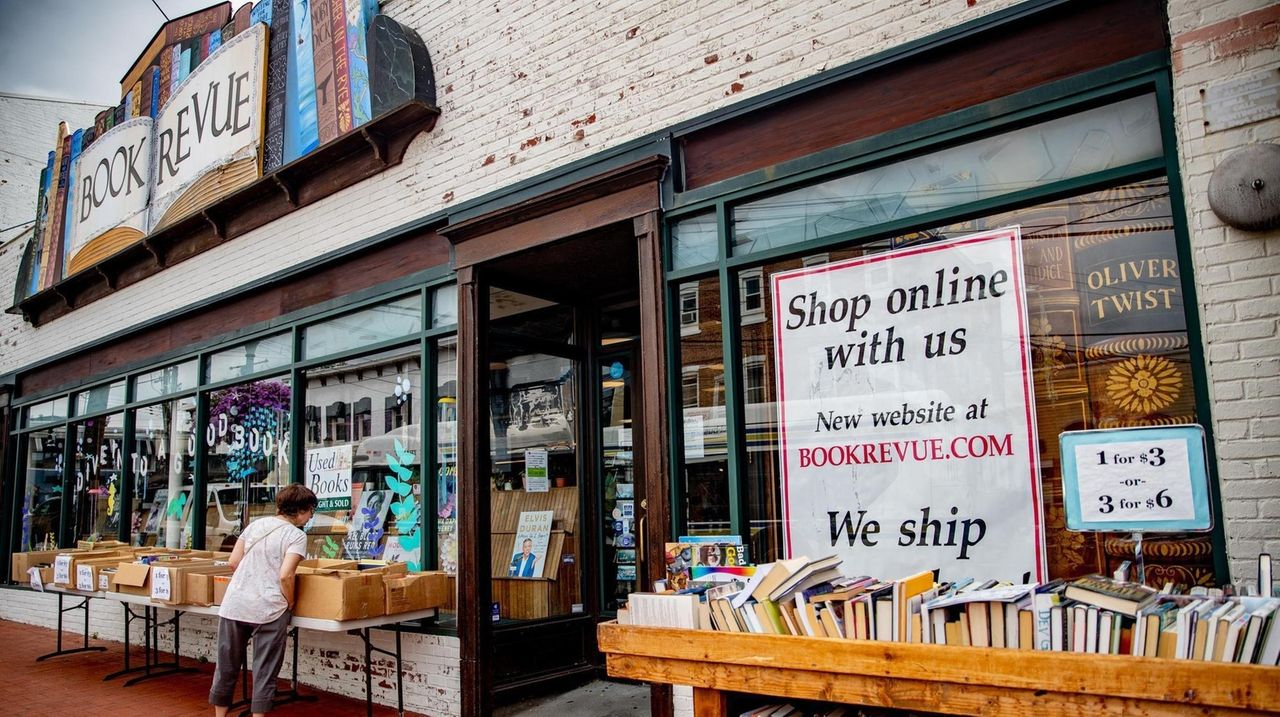 The Book Revue in Huntington is facing eviction after falling behind in rent. Richard Klein, owner of the store, said business was slow during the pandemic and is just returning to normal. He said he is really disappointed in the latest turn of events. Credit: Newsday / Raychel Brightman

Book Revue, the independent book store in downtown Huntington that has been a staple in the community for four decades, is being evicted, according to the building’s landlord.

Emerson Dobbs III, principal with 263-265 Main Corner LLC, which owns the building at 313 New York Ave., said the company had to take its tenant to Third District Court in Huntington Station this spring over nonpayment of rent.

According to court documents, the Book Revue Inc. came to a settlement agreement with Dobbs’ company on Aug. 4, including a $420,159.75 judgment and the issuance of a warrant of eviction effective Sept. 30.

"The Book Revue is vacating at the end of September because they didn’t pay rent for over a year," Dobbs said.

To help keep them in business, Dobbs said each year since his company bought the building 10 years ago he would negotiate a lease extension with a rent reduction with Richard Klein, owner of the Book Revue.

Klein said the store was closed for three months because of the COVID-19 pandemic and once it reopened business was slow and is just returning to normal. He said as the pandemic wore on he had discussions with a member of the landlord's team about its negative financial impact to his business. So he said he was surprised when he found out through his attorney the landlord was taking him to court.

"I thought we had an understanding that when the virus abated we would work out some kind of a deal or least try to work out a deal, it was always possible we wouldn't come to an agreement but I thought that we would at least try."

Dobbs said the agreement Klein offered was for a one-year extension, paying $10,000 a month but with no provision to pay past due rent. Klein said he was paying "close to" $19,000 a month in rent.

"It was a nonstarter because he wouldn't even consider paying the rent that he owed," Dobbs said.

According to the court settlement document and Dobbs, 263-265 Main Corner LLC on Aug. 4 received a $30,000 bank check for use and occupancy covering the months of July through September.

Klein said he used most of the money for payroll for the approximately 28 employees, and to pay one month of rent.

The Book Revue put $20,000 in escrow guaranteeing it will vacate by Sept. 30, otherwise it forfeits the money, Dobbs said.

Klein said he is really disappointed in the turn of events as he has always been a good tenant.

Dobbs agreed it was a sad situation.

"To go out on these terms is just sad for the Book Revue and Huntington," he said.

Correction: The location of the Book Revue was incorrect in an earlier version.