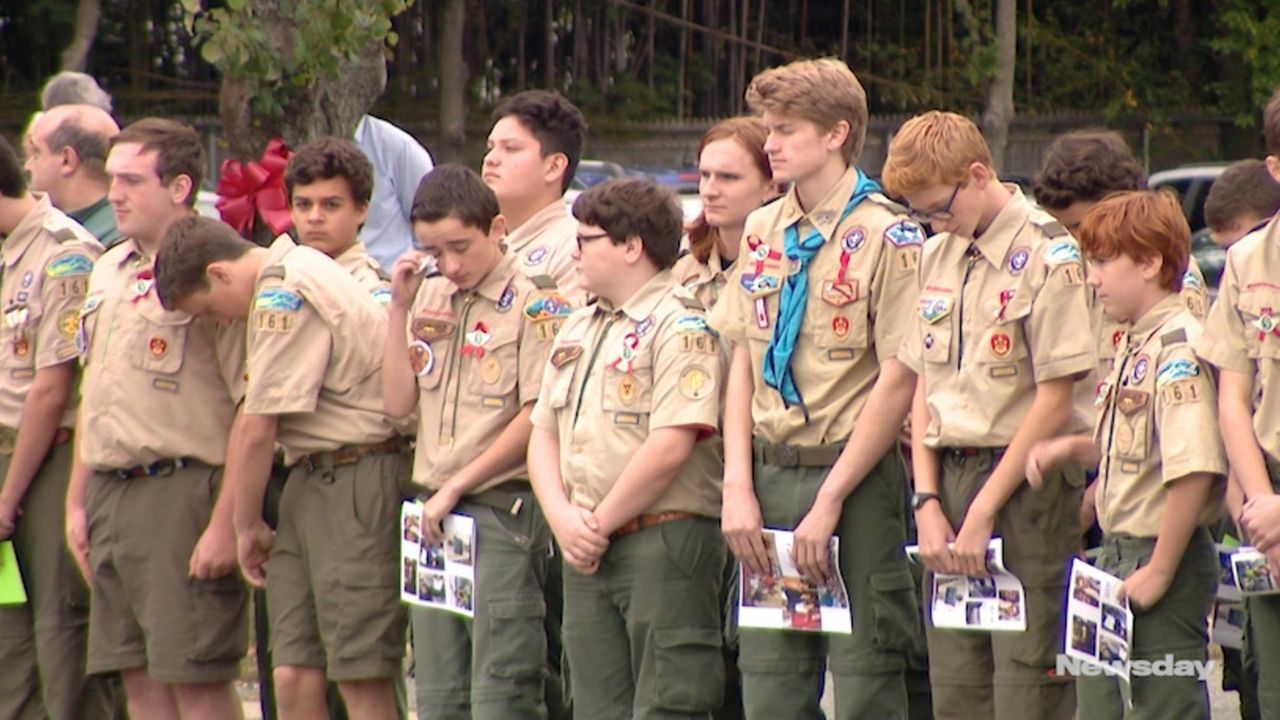 Andrew McMorris, the Wading River Boy Scout killed by an alleged drunken driver, was remembered at his funeral Saturday as a compassionate child who dreamed of being an airline pilot and always looked for ways he could help others.

“He told us and showed us that greatness is to serve,” Pastor Michael Staneck said in his sermon at Trinity Lutheran Church in Islip. “It’s not about what people say and it’s not about the accolades you get. No, it’s about serving others and giving of yourself for others. And even at 12 years old Andrew did more of that than people that lived to 100 or 112.”

Andrew, a seventh-grader at Albert Prodell Middle School in Shoreham, was one of five Scouts struck Sunday afternoon by a 2016 Mercedes-Benz while they were walking along the shoulder of David Terry Road in Manorville after hiking in the woods. The other four survived.

The driver, Thomas Murphy, 59, of Holbrook, was charged with DWI. Officials say he likely will face upgraded charges. He was released from jail Monday after posting $500,000 bond.

Dozens of Scouts from Andrew’s troop and others lined Union Boulevard — many with their right hands on their foreheads in salute — as the hearse carrying Andrew’s young body approached the church and after the funeral, when it headed toward Nassau Knolls Cemetery in Port Washington for interment.

Many of the Scouts had been inside the church. Fifteen other Scouts and Scout leaders stood in a church parking lot listening to the service on a loudspeaker.

During his eulogy, family friend Stephen Canter talked of how Andrew looked up to his big sister Arianna.

He told the mourners they may want to cry. But, instead, he urged them to cherish their memories of him, to let him live on, and to “do what Andrew would want. Smile, open your eyes, love and go on. To a young man who learned to fly, we wish you blue skies and a steady tailwind. Rest easy, Andrew Spencer McMorris. And enjoy those clear skies.”

In a statement issued Wednesday, Andrew’s parents, John and Alisa McMorris, wrote that “Andrew wanted to fly before he could walk” and that “he achieved his first piloting goal” over the summer during AeroCamp, an aviation camp.

Staneck also talked of Andrew’s love of flying and how he liked drawing and painting.

But Staneck said that’s not what most stood out about Andrew.

“When I actually remember Andrew, I remember him for his love for others, his caring, his compassion,” the pastor said.

On Monday, the day Andrew died, Staneck picked up the boy’s “sermon report,” which children write before their Lutheran confirmation. He said he read it “over and over again” and was struck by how fervently Andrew believed in compassion and serving others — and how the boy had written that it is important to serve “especially those who are not like us.”

“He understood,” Staneck said, “what it meant to be a servant of all.”

1:58
Bellone backs use of anti-Semitism definition
Excelsior Pass a hot ticket — if you can get one from the state
ID theft in New York surged 85% in 2020, DiNapoli says
Hempstead man convicted of murder in 2018 shooting
Couple seeks cure for 2-year-old with rare disease
Arthur Meyer, a founder of LI's Friends World College, dies at 96
Didn’t find what you were looking for?