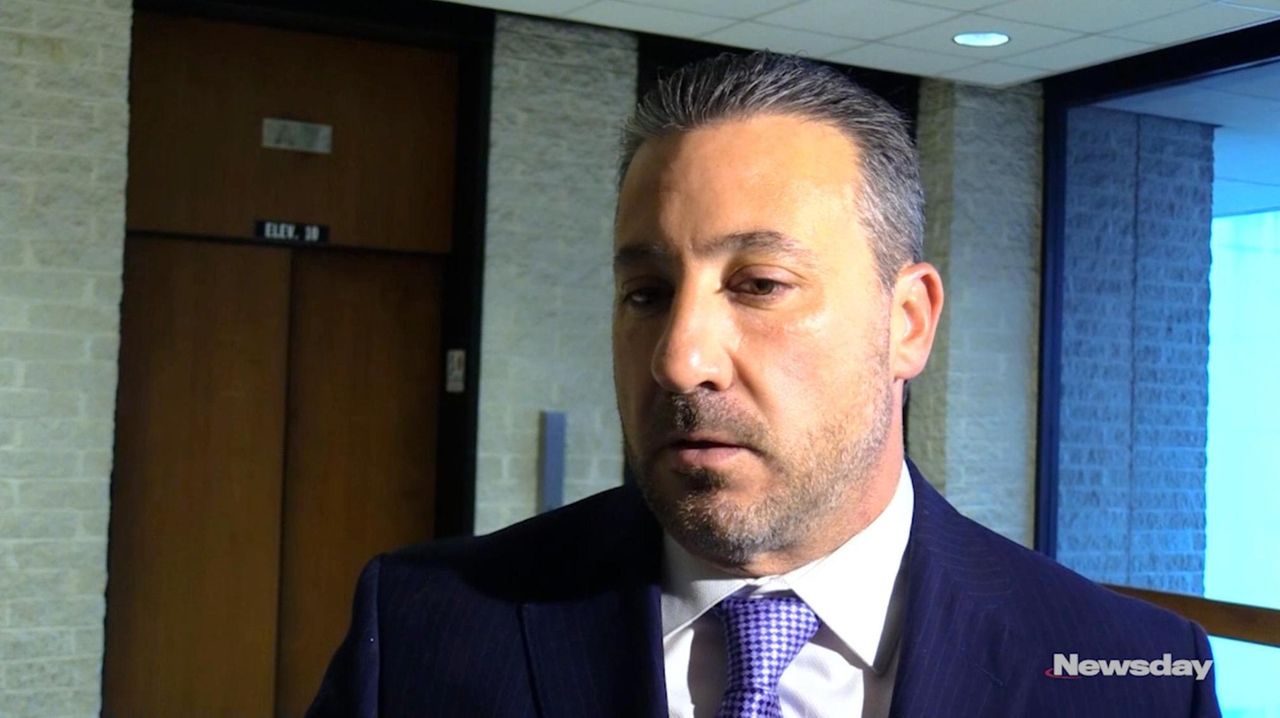 The lawyer for Thomas Murphy claimed there were inconsistencies in the account of one of the witnesses who spoke at the trial on Friday.  Credit: James Carbone

A Shoreham teenager testified Friday that he closed his eyes and braced for impact when he saw a white Mercedes SUV, driven by an allegedly drunken driver, cross over a white fog line in Manorville last year and steer directly into his group of hiking Boy Scouts.

Denis Lane, 17, is the first of three injured Scouts from Troop 161 to testify at the Riverhead trial of Thomas Murphy, 60, of Holbrook, who is charged with crashing into a group of children walking along David Terry Road after he spent the morning of Sept. 30, 2018, drinking vodka on a golf course with three friends.

In captivating testimony, Denis Lane recalled hike navigator Connor Blunnie alerting the group to Murphy's passing SUV. Lane said he gave the vehicle a glance, looked down at his cellphone and peered back at the SUV as it veered over the fog line.

"I closed my eyes," Lane said. "I figured what was going to happen and was bracing myself. I knew I was going to get hit."

The impact, he said, was unlike anything he had ever felt.

"It felt like I was hit in the face with a baseball bat," he said, adding that he did not see the vehicle hit him.

Lane said that when he reopened his eyes, his nose was bleeding and he was having difficulty walking on his injured ankle.

He remembers looking for his brother, who had switched places with Denis moments before the crash, and found Thomas face down in the grass. Thomas, he said, had a swollen right eye "the size of a golf ball." Both of Thomas' legs were fractured as was his right orbital bone, while his nose and right ankle were broken, doctors said.

Murphy pleaded not guilty to a 16-count indictment charging him with aggravated vehicular homicide, assault and driving while intoxicated. If convicted, he faces 8 1/3 to 25 years in prison.

In his cross-examination, Steven Politi, Murphy's defense attorney, said Lane initially told detectives that he was unsure if he was struck by the SUV or by a water bottle that flew out of his brother's backpack.

Politi focused on the location of McMorris' body after the crash, citing Lane's testimony that the boy landed in David Terry Road. Prosecutors contend McMorris was found on the shoulder of the road. The attorney contends that based on the angle of where the SUV hit the scouts, McMorris must have been walking in the middle of the road for him to land in the lane of travel.

"We are trying to get to the facts," Politi told reporters after court. "We want the jury to hear the facts and determine if a crime was committed."

Politi contends Murphy was not intoxicated and that the "poorly supervised" Scouts wandered into the lane of travel, possibly as they walked around a Jeep parked on the shoulder near the crash site. Numerous witnesses, including Lane, have testified that the Scouts never ventured onto the road.

"We know where they landed," she said. "So we know this man was intoxicated … We can play this game. But what happened that day was horrific and nothing will change that."

Politi said Lane and the other Scouts did not always follow the rules during the hike. For example, Lane admitted he was wearing earbuds to listen to hip-hop music on his cellphone and there were gaps where the boys were not walking closely behind one another.

Lane said that even while listening to music he could hear Blunnie's instructions alerting him when a vehicle passed the group.

"I never thought anything would happen to us," he said. "I thought the road was safe."

Witness describes moment when car struck Boy ScoutDaniel Blunnie's voice quivered as he described the crash that killed 12-year-old Andrew McMorris. Mom of Scout run over: 'His face was the darkest shade of purple'Colleen and Kevin Lane testified about their son's devastating injuries and his monthslong path to recovery after an alleged drunken driver crashed into a group of Boy Scouts in Manorville.