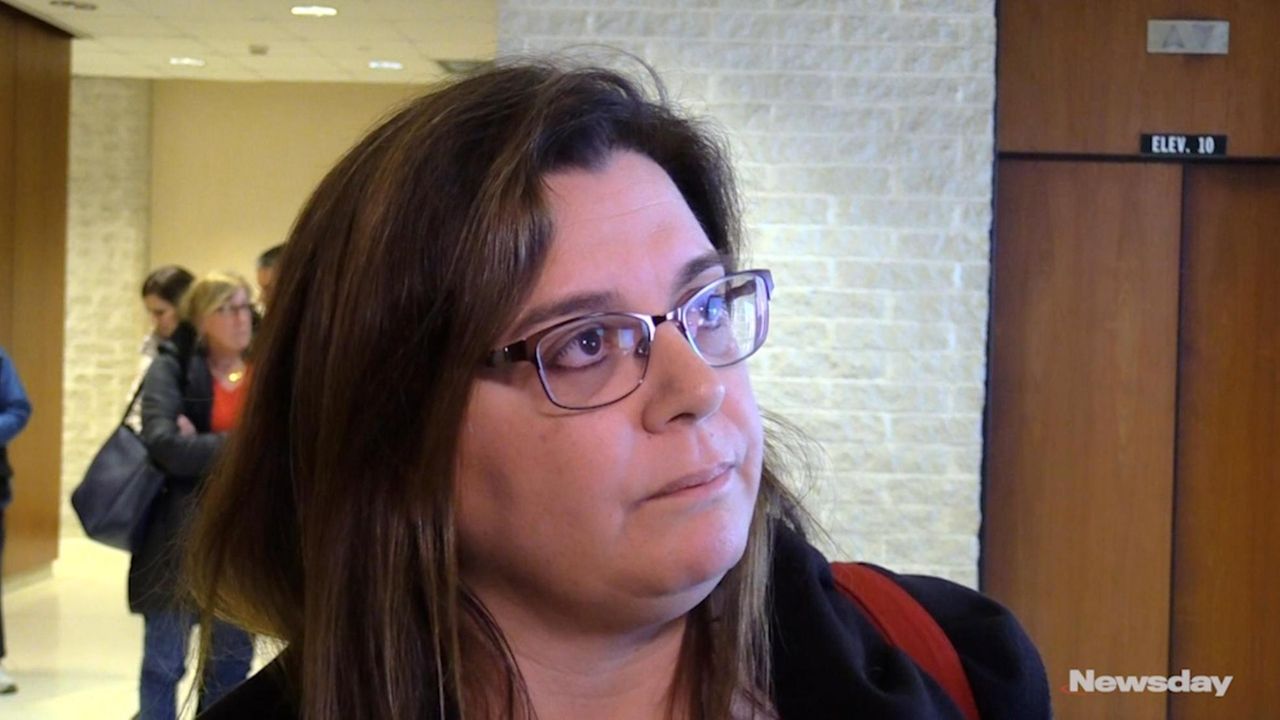 The Suffolk County police officer who arrested Thomas Murphy said on Monday that Murphy appeared intoxicated, was slurring his words and had difficulty standing after the crash that killed a Boy Scout. Police Officer Daniel Brecht said Thomas Murphy, 60, admitted that he had three alcoholic drinks before the crash and repeatedly refused to take a Breathalyzer test. Credit: James Carbone

The Suffolk County police officer who arrested a Holbrook man charged with running into a group of Boy Scouts last year, killing a 12-year-old boy, testified Monday that the driver appeared intoxicated, was slurring his words and had difficulty standing shortly after the crash.

Police Officer Daniel Brecht said Thomas Murphy, 60, admitted to having three alcoholic drinks before the crash and repeatedly refused to take a Breathalyzer test to determine his blood-alcohol level. Brecht later obtained a warrant from a judge to collect Murphy's blood.

"He was intoxicated," Brecht said of Murphy.

Prosecutors said Murphy's blood registered 0.13% blood alcohol content. Forensic toxicologists estimate it was 0.19% at the time of the crash — more than double the legal standard of 0.08%.

But in his cross examination, Murphy's defense attorney, Steve Politi, said Brecht had filled out a document that was submitted to the state Department of Motor Vehicles indicating that no compulsory blood test had been administered.

Brecht, a fourth-year officer from the Seventh Precinct in Shirley, called the paperwork mistake an "oversight."

But Politi called the error "criminal," noting that the officer signed a legal document and submitted it to a state agency. Brecht failed to correct the error and the document was used, in part, to suspend Murphy's driver's license, Politi said.

The defense attorney accused Brecht of committing perjury, filing a false statement and filing a false instrument. Murphy's legal team appeared Monday before Suffolk County Court Judge Mark Cohen to ask that a special prosecutor be assigned to investigate Brecht's error. A decision on the request is not expected until next month, officials said.

"We contend a crime was committed," Politi said. "In fact, a myriad other crimes were committed."

Politi accused Brecht of making other errors or omissions in his report, including failing to note that a Jeep was parked on the shoulder near the crash site and writing in his report that Murphy was wearing sneakers at the time of the crash. Murphy was still wearing his spiked golf shoes after the crash, Politi said.

Murphy is charged with crashing into a group of hiking Scouts from Troop 161 walking along David Terry Road after he spent the morning of Sept. 30, 2018, drinking vodka on a golf course with three friends. The crash killed Andrew McMorris of Wading River and injured three other Scouts.

He has pleaded not guilty to a 16-count indictment charging him with aggravated vehicular homicide, assault and driving while intoxicated. If convicted, he faces 8 1/3 to 25 years in prison.

Brecht said that when he approached Murphy at the crash scene he immediately detected a strong odor of alcohol on the driver's breath. Murphy, he said, initially admitted to having only one drink.

"His speech was slurred, he was leaning on the car and his eyes were bloodshot," Brecht said, adding that the driver repeatedly asked about the condition of the injured children.

Brecht testified that he began administering a field sobriety test to Murphy at the scene, first asking him to follow a pen with his eyes without moving his head. Murphy failed two of the six clues that would indicate if a driver was intoxicated, Brecht testified. A driver is presumed to be intoxicated, Politi said, if four or more clues are indicated.

Brecht said he decided to discontinue the test — including another procedure where he would have asked Murphy to stand on one leg — because the driver "was in danger of falling and hurting himself."

But Politi offered other possible explanations for Murphy's difficulties, noting that his client weighs 350 pounds, was in golf shoes and has bad knees. He said his client's allergies could be responsible for his bloodshot eyes.

Politi said his client was able to follow all of the officer's other instructions and walked to Brecht's police car and throughout the Seventh Precinct without falling over.

At the crash scene, Murphy refused three requests that he consent to a Breathalyzer test, Brecht said.

"He admitted that he had three drinks and that he knew that he was going to be arrested," Brecht told the jury of seven men and five women.

After obtaining a warrant, a member of the Suffolk County Medical Examiner's Office was able to draw Murphy's blood at 5:42 p.m., nearly four hours after the crash.