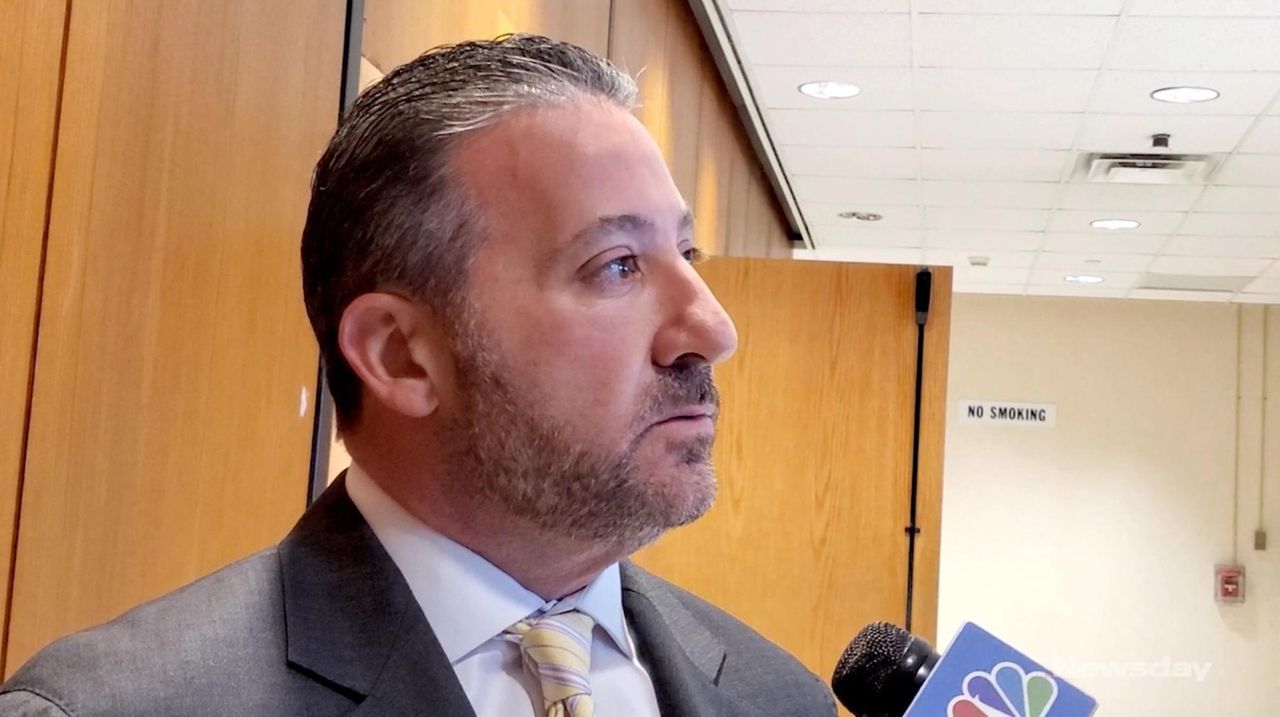 On Wednesday, Judge Fernando Camacho was expected to drop four out of 16 charges against Thomas Murphy after the disclosure that the county's top toxicologist had previously unknown notes suggesting that Murphy's blood alcohol content could have been below 0.18% at the time of the crash. Credit: James Carbone

In a stunning development, a Suffolk County judge indicated Wednesday that he could drop four of the 16 charges against a Holbrook man accused of driving drunk into a group of Boy Scouts in Manorville, killing a 12-year-old boy.

"There is built-in reasonable doubt," with those counts, Judge Fernando Camacho told the attorneys. "How did we get to this point? That is my frustration.” He added later that he was going to impose a "substantive and significant remedy" to deal with the situation once the prosecutions rests, expected Thursday.

The judge's comments capped a chaotic day in County Court in Riverhead after the disclosure late Tuesday of handwritten notes from the county's top toxicologist that suggest defendant Thomas Murphy's blood alcohol content could have been below 0.18% at the time of the Sept. 30, 2018 crash.

Dr. Michael Lehrer of the Suffolk County Medical Examiner's Office testified Tuesday that he used a scientific technique known as "retrograde extrapolation" to determine that Murphy's BAC was 0.19% at the time of the crash.

But Lehrer's notes, which were not turned over to the lawyers, as the law requires, show that, based on a margin of error, Murphy's BAC could have been as low as 0.17%. That's still way above the legal limit of 0.08% but legally insufficient to support four charges in the 16-count indictment, the judge concluded.

Murphy, who has pleaded not guilty, would still face 12 other charges, including two other counts of aggravated vehicular homicide -- the top charge -- that are unrelated to an elevated BAC level. That means Murphy is potentially exposed to the same prison sentence -- 8 1/3 to 25 years -- if convicted of the top count, prosecutors said.

Camacho denied Politi's request for a mistrial with prejudice, which would prevent prosecutors from retrying Murphy, noting that it was too severe of a remedy in this case.

But the judge instructed the jury to ignore all of Lehrer's testimony that suggested Murphy's BAC level could be as high as 0.19% at the time of the crash.

The disclosure of Lehrer's notes sent attorneys from both sides scurrying throughout the courthouse. Assistant District Attorney Brendan Ahern, chief of the Vehicular Crimes Bureau, met privately with District Attorney Timothy Sini while family and friends of the victim, Andrew McMorris, huddled outside the courtroom, obviously frustrated by the development.

Steven Politi, Murphy's defense attorney, said Lehrer's testimony had unfairly prejudiced the jury against his client. He blamed the district attorney's office for not being aware of Lehrer's notes.

"It was improper," Politi told reporters. "It is in violation of their obligations. It's prejudicial for the defendant. It's awful. It should not happen."

Ahern said he had been unaware of the existence of Lehrer's notes and urged Camacho not to drop the charges.

"We thought that his calculations were done on a calculator," Ahern said.

But Politi said "you cannot trust anything [the district attorney's office] is doing."

Alisa McMorris of Wading River, Andrew's mother, told reporters that the disclosures were irrelevant because Murphy never should have been on the road at the time of the crash.

"None of this means anything," she said. "At the end of it I still don’t get my child back. … He knows what he did. He knows that he’s guilty."

John McMorris, Andrew's father and assistant scout leader who took part in the 2018 hike, is expected to testify Thursday as the prosecution's final witness.

Deputy Chief Medical Examiner Odette Hall, who performed the autopsy on Andrew, testified Wednesday that the preteen boy suffered fractures to both legs as well as blunt force trauma wounds to his head, torso and lower extremities.

Prosecutors contend that Murphy crashed his white Mercedes SUV into Scouts from Troop 161 hiking along the shoulder of David Terry Road after a morning of golf and drinking vodka with three friends at the Swan Lake Golf Course in Manorville. The crash killed McMorris and injured three other Scouts.

Politi contends his client was not intoxicated and that the "poorly supervised" Scouts wandered onto the roadway, where they were struck by Murphy's vehicle.

Murphy refused repeated requests by a Suffolk police officer to take a Breathalyzer test at the crash scene to determine his blood-alcohol level. Police officials obtained a warrant from a judge to collect Murphy's blood nearly four hours after the crash. The blood test showed Murphy had a 0.13% BAC, according to Jennifer Walsh, a toxicologist in the Medical Examiner's Office.

Lehrer said he used the retrograde extrapolation method to determine that Murphy's BAC was 0.19% at the time of the 1:50 p.m. crash.

But under cross-examination Tuesday he revealed that he prepared notes which showed how he came up with that figure and its potential margin of error.

Those notes, which had not previously been turned over to prosecutors or to the defense — as is legally mandated — showed that Murphy's BAC could have been as low as 0.178%, therefore not meeting the threshold for the four charges.

Camacho, visibly angry with prosecutors, said he would not have allowed Lehrer's findings into evidence if he were aware of the notes. But the judge stood by his earlier conclusions that retrograde extrapolation is based on "sound scientific principles."

Lehrer has testified that it would take the equivalent of 12 to 14 "standard" drinks, with about 1.5 ounces of liquor in each drink, to account for a 0.19% BAC. In total, Murphy would have needed to consume between 18 to 21 ounces of 80-proof vodka to achieve a BAC of that level, Lehrer said.

But Politi called Lehrer's calculations "impossible" and described retrograde extrapolation as "junk science." Politi maintains that Murphy consumed between 4.25 and 6.75 ounces of vodka over a 2 1/2-hour period at the golf course. Lehrer said that level of drinking would lead to a BAC of no more than 0.04%.

Prosecutors were initially prepared to call Robert Genna, chief of the Suffolk Crime Laboratory, to testify about the crash scene, but changed course late Wednesday without explanation. Politi had called Genna's three-page handwritten accident reconstruction report "pathetic" and said it lacked many critical details from the crash scene.

The 4 charges that the judge indicated he could dismiss:

* One count of aggravated vehicular homicide

* One count of misdemeanor driving while intoxicated