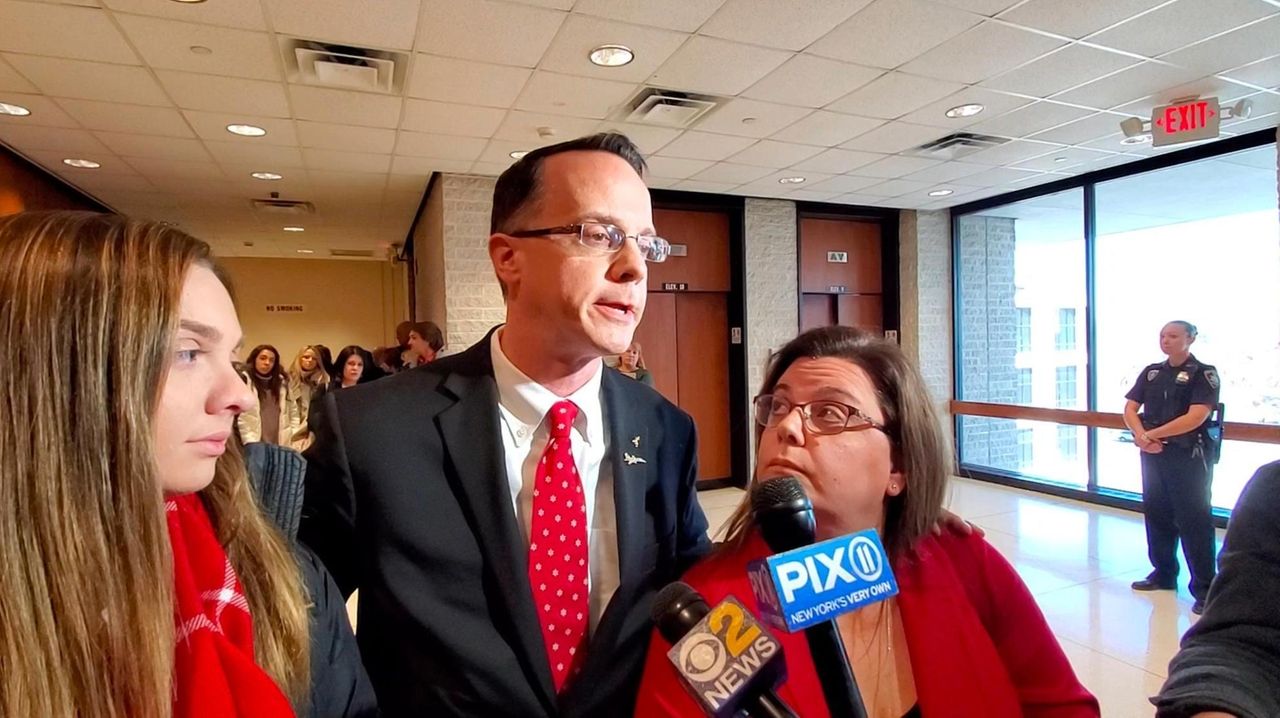 The defense attorney for a Holbrook man, charged with driving drunk into a group of Boy Scouts last year, killing 12-year-old Andrew McMorris, will call an additional expert witness Friday to challenge the results of a blood test showing that his client was legally intoxicated at the time of the crash. Alisa and John McMorris, the Scout's parents, complained that the move was just another trial delay. Credit: James Carbone

The defense attorney for a Holbrook man, charged with driving drunk into a group of Boy Scouts last year, killing a 12-year-old, will call an additional expert witness Friday to challenge the results of a blood test showing his client was legally intoxicated at the time of the crash.

Janine Arvizu is expected to testify about headspace gas chromatography — a process used to separate and analyze compounds used by Suffolk County toxicologists to determine that Thomas Murphy's blood-alcohol content was 0.13% — above the legal limit of 0.08% — four hours after the crash.

Arvizu has managed laboratories for the Navy and the Department of Energy, audited dozens of government and commercial labs and often testifies about the reliability of forensic results, including toxicology, according to her online biography. She made an appearance in Netflix's true-crime documentary "Making a Murderer," testifying for the defense on behalf of Steven Avery, the show's protagonist.

Steven Politi, Murphy's defense attorney, said Arvizu, who was arriving Thursday night from New Mexico, would testify about "uncertainties" in Murphy's blood testing because of the need to separate gases in the sample to measure alcohol levels.

Politi lobbied Judge Fernando Camacho on Thursday for additional time to meet with Arvizu and allow her to review evidence in the case.

"This is highly technical stuff that goes to elements that could put my client in prison for potentially 25 years," Politi said. "I don't have enough time."

Camacho, who earlier this week granted Politi two additional days to prepare for a prosecution rebuttal witness, sent the jury home Thursday without hearing from any witnesses. But Camacho said there would be no more delays.

"I am working with everyone so we can have a fair trial," Camacho said.

On Monday, Dr. Jimmie Valentine, a former pharmacology professor at the University of Arkansas, College of Medicine, testified that Murphy's blood sample may have been contaminated. He cited concerns with how the blood test was administered and stored, questions about the chain of custody and potential irregularities in the sample.

Prosecutors on Friday will call a rebuttal witness to challenge Valentine's conclusions.

Dr. Lee Polite, president and founder of Axion Analytical Labs in Chicago, is expected to testify that the results of the blood test are valid and accurate.

Prosecutors contend that Murphy, 60, spent the morning of Sept. 30, 2018, drinking vodka with three friends at the Swan Lake Golf Course before driving his white Mercedes SUV over a white fog line along the shoulder of David Terry Road in Manorville and crashing into a group of Scouts from Troop 161. The crash killed Andrew McMorris and injured three other youths.

Attorneys for both sides are now expected to present closing arguments on Monday with the case going to the jury as early as Tuesday.

Prosecutors to call rebuttal witness in Boy Scouts death trialDr. Lee Polite, president and founder of Axion Analytical Labs in Chicago, will likely be the final witness in the Riverhead trial of Thomas Murphy. Expert: BAC in Boy Scouts death case could have been contaminated"If the sample is not stored or collected properly, it could have problems," a forensic toxicology expert said.