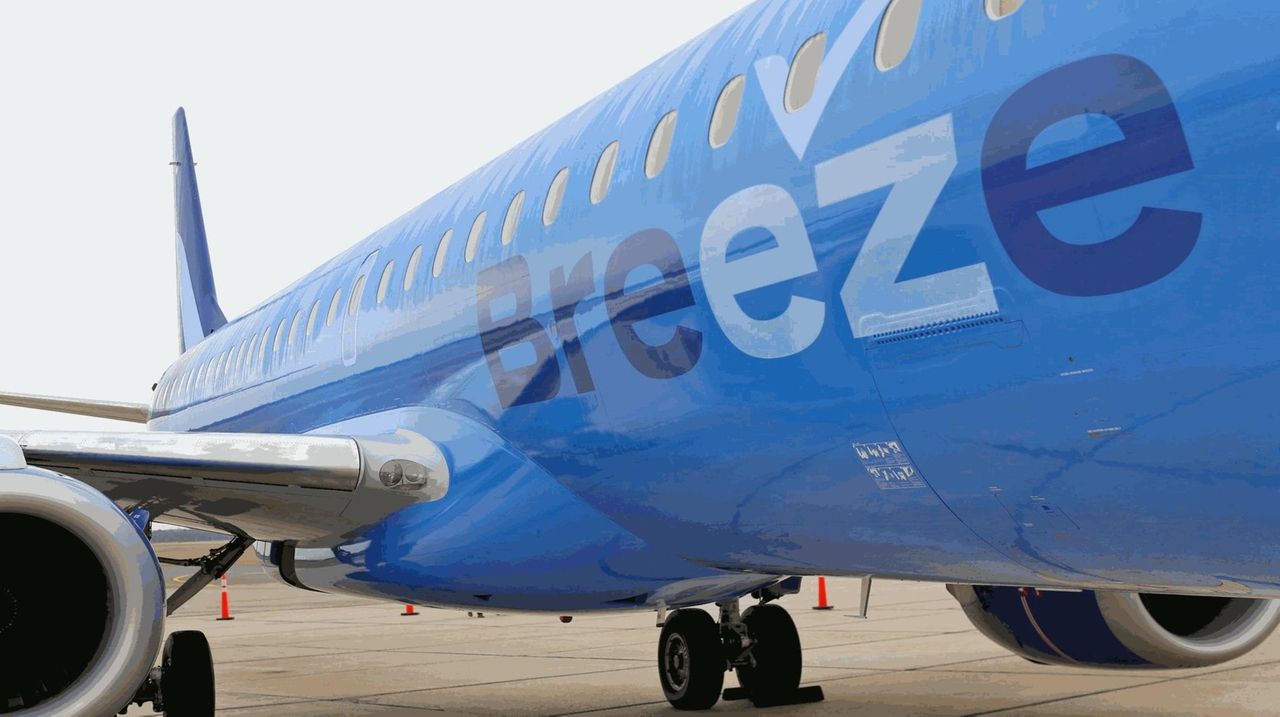 A new airline will begin nonstop service from Long Island MacArthur Airport to Virginia and South Carolina starting in February.

Breeze Airways, a low-cost carrier launched by JetBlue founder David Neeleman in 2018 that began flying this year, will become the fourth airline to operate out of the Islip Town-owned airport, joining Southwest, American and Frontier, in a move town officials said will boost the airport's reputation in the New York market.

Nonstop flights to the two destinations, Norfolk, Virginia, and Charleston, South Carolina — cities never serviced before by MacArthur — will begin Feb. 18. Round-trip flights are planned two days a week, on Fridays and Mondays, and fares for both destinations will start at $39 one way. Breeze will have no nonstop competition with either route, a spokesperson said.

The Salt Lake City-based airline services 16 cities. While the coronavirus pandemic has hobbled the airline industry, Neeleman told Newsday it also has unveiled opportunities for some carriers as others pared down flights in smaller markets.

Snagging Breeze has been a priority of the town for years, LaRose-Arken said, ever since officials heard whispers that Neeleman planned to launch a new airline. The town in 2020 gave Breeze permission to use MacArthur for its U.S. Department of Transportation air carrier certification process, which started conversations between Neeleman and town officials.

"With Breeze here and the history of its founder, this is going to be successful, and it’s going to be something not only for our residents, but residents of the Island, for that matter," Islip Town supervisor Angie Carpenter told Newsday.

The announcement of Breeze’s addition to MacArthur comes as Suffolk County and Islip Town have signaled interest in working together to bring a $2.3 billion project to life on airport property. The multiyear project would include constructing a new terminal that would provide a long-sought connection between the airport and the Ronkonkoma Long Island Rail Road station.

The new airline is stepping into a crowded industry in the United States, but its niche will be tapping into markets not serviced by other airlines rather than major hubs.

LaRose-Arken said MacArthur currently captures 1.8% of the New York metro market. With the addition of Breeze, she hopes the airport can see pre-2008 levels of 4%. The airport operates on a $16 million annual budget and typically has a surplus of up to $2 million each year, LaRose-Arken said. While revenue estimates remain unclear, she said Breeze has the potential to capture a greater market share and more passengers with budget-friendly prices.

Neeleman described MacArthur as an ideal spot to fly for New Yorkers. The regional airport doesn’t have the parking woes and traffic jams that larger airports face, he said.

"New York airports are crowded, and they’re tough to get into," he told Newsday. "For what we do at Breeze, it’s the perfect airport for us."