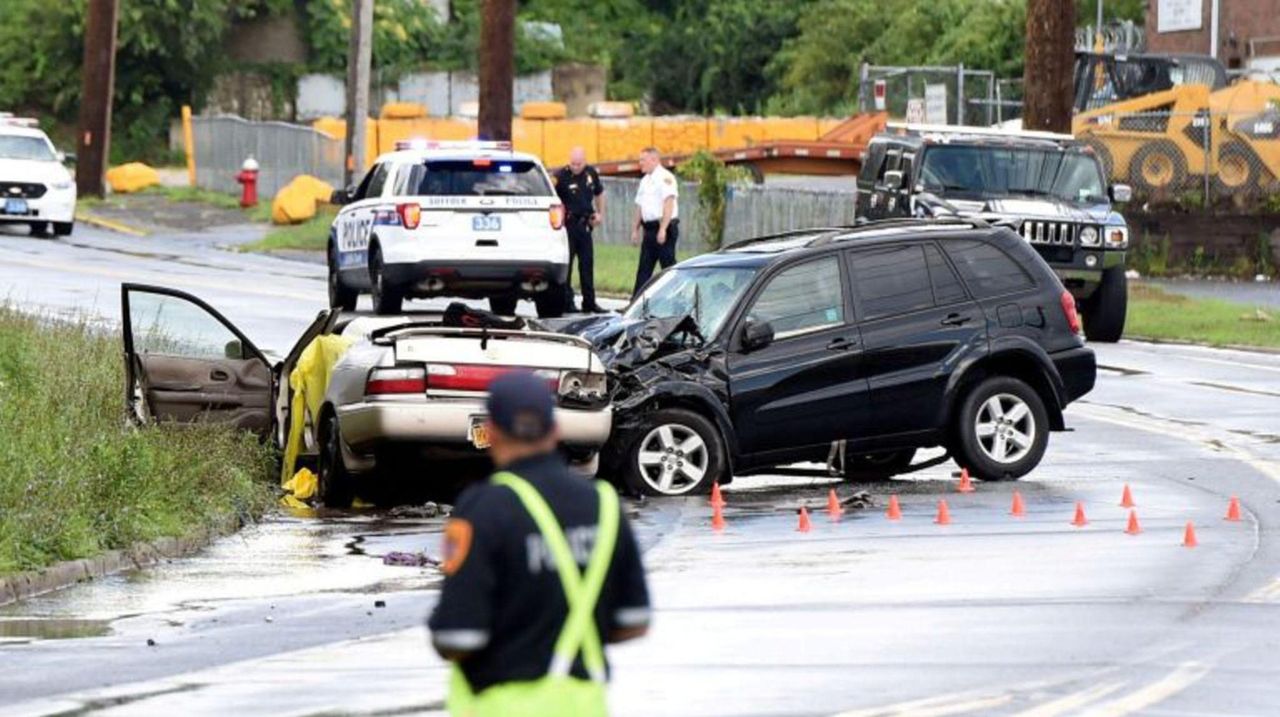 Five other people, including their two children, were injured in the crash.  There was no update on their condition Monday, police said.

Olvin Jimenez was driving a 1997 Toyota Corolla south on Crooked Hill Road, just south of the Long Island Expressway, when he lost control of the vehicle and crossed into oncoming traffic, police said. His vehicle struck a 2005 Toyota RAV4 with three people inside, police said.

Jimenez and his wife Erica Jimenez-Mejia, both 39 and from Brentwood, were pronounced dead at the scene, police said. Their two children, ages 2 and 10, who were in the backseat of their car were taken to Good Samaritan Hospital Medical Center in West Islip for treatment of serious injuries. The 2-year-old child was in an appropriate seat, the police said Monday.

The driver of the RAV4, Allissiana Rose Licata, 21, and passengers Nicholas Licata, 17, and Emmanuel Licata, 73 — all three from Bay Shore — were taken to Southside Hospital in Bay Shore for treatment of nonlife-threatening injuries.

The circumstaces of the crash were still under investigation on Monday afternoon, police officials said.

With William Murphy and Michael O'Keeffe