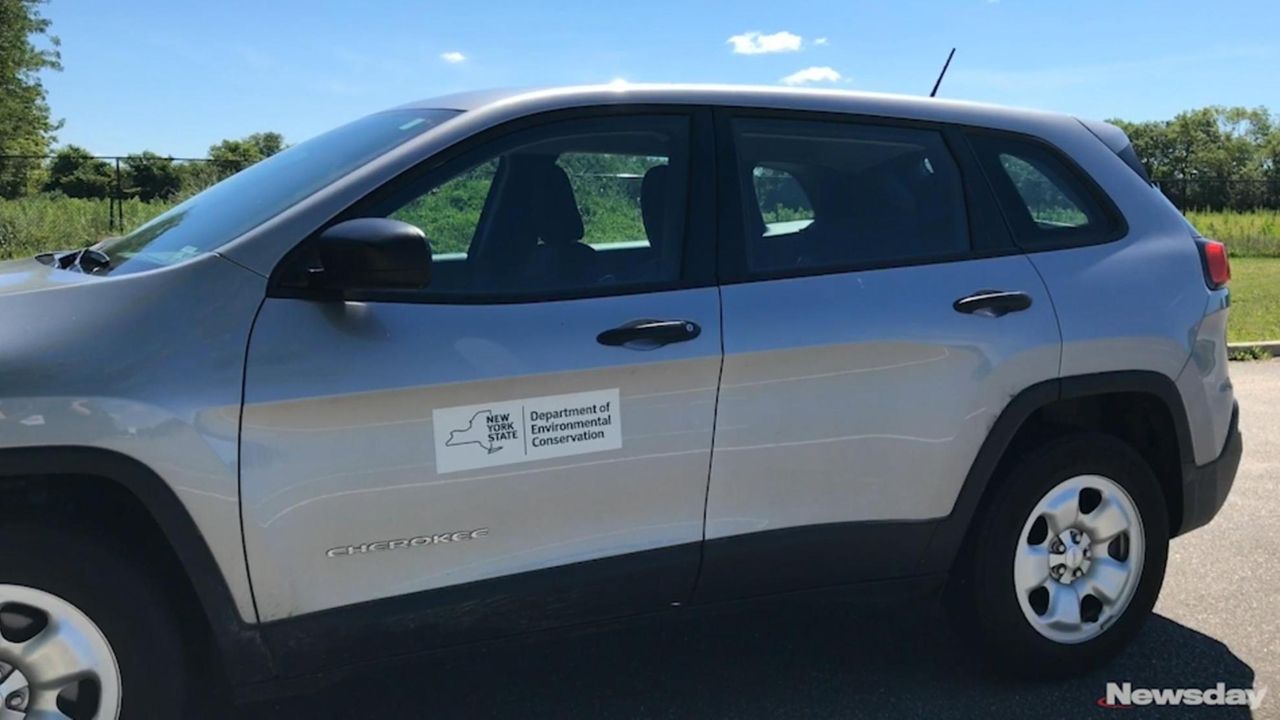 The illegal dumping at a lot next to Brentwood North Middle School, as seen on June 26, remains under investigation, officials said.  Credit: Newsday / Rachelle Blidner

School is out, but state officials say they are continuing the investigation into an illegal dump site that remains outside a Brentwood middle school and state park nearly a year after it was discovered.

Officials said they found the construction debris on a 5-acre lot owned by Brentwood North Middle School and will develop a cleanup plan after the responsible parties are found.

“To be clear, we will pursue those at fault to the fullest extent of the law and force them to clean up their mess,” said Sean Mahar, a spokesman for the state Department of Environmental Conservation. “It is the responsible party’s obligation to clean up the site and no one engaged in this illegal activity should make the mistake of believing that the people of New York State will relieve them of that responsibility."

The debris does not pose a health or environmental hazard to the community, DEC officials said. The agency declined to say what was in the debris, citing the investigation that is part of a crackdown on illegal dumping across Long Island.

Under state law, the DEC does have the authority to clean up sites with hazardous substances and later sue the responsible parties to recover the costs.

Brentwood schools Superintendent Richard Loeschner said the amount of time spent on the situation has been frustrating, but that he is “pretty confident the outcome will be positive” and that state officials will announce more information in the coming weeks.

“In terms of it impacting our school district, it hasn’t impacted it at all,” he said, noting the parcel has always been fenced off from the school. “We haven’t used that property.”

The Brentwood property has been fenced off from the park and road to ensure no one can enter the site, and it will be covered with grass or another material to reduce dust “out of an abundance of caution,” the DEC said.

The grass field underneath the fill was slated to be repaired by the Brentwood Youth Soccer Club and used as soccer fields under an agreement entered in spring 2017, Loeschner said.

Violette Smith, the club’s president, did not respond to a request for comment.

The fill has been there long enough that wildflowers have sprouted. People interviewed at the neighboring Brentwood State Park said they assumed the lot was vacant or slated for construction.