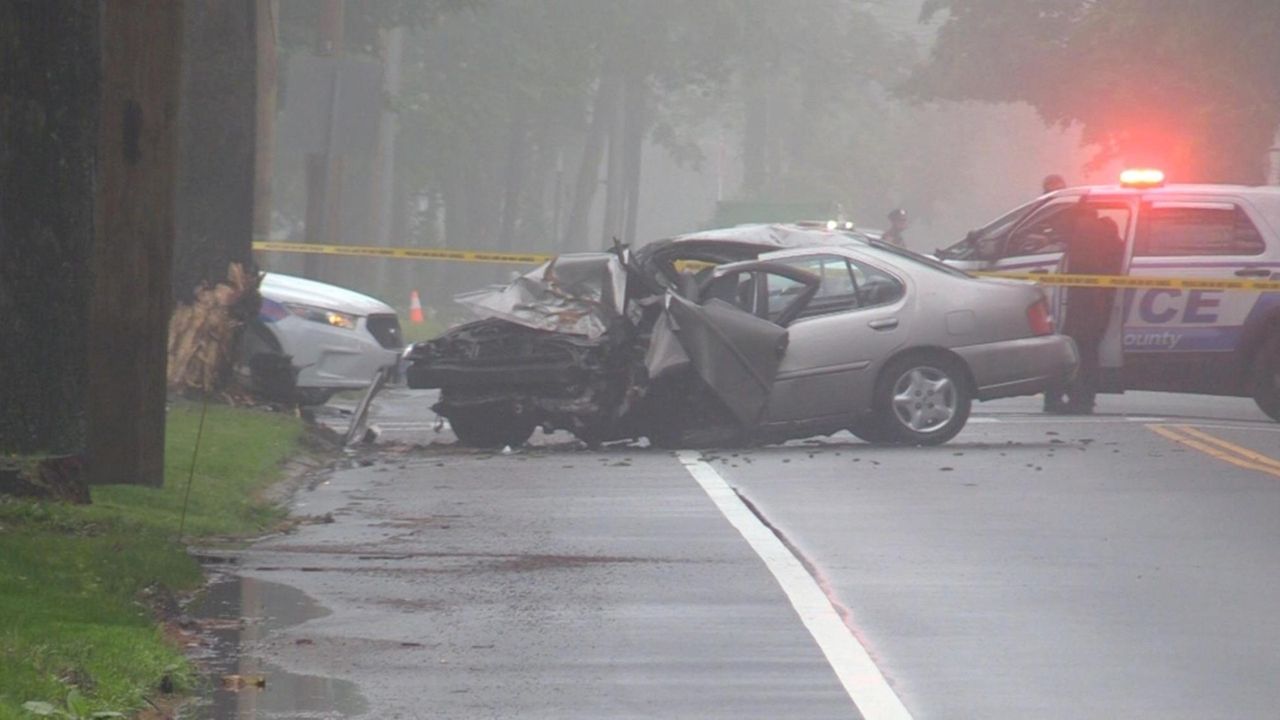 A 21-year-old man was killed when his car left the roadway and struck a tree early Thursday morning in Brentwood, Suffolk County police said.

Police identified the victim as Jonathan Cifuentes, of Brentwood, and said he died at the scene.

Cifuentes was driving his 2001 Nissan Altima south on Washington Avenue when, police said, the car crossed over the northbound lane and struck a tree on the east side of the road near Flick Place at 5:24 a.m. Police said Cifuentes was alone in the vehicle and there were no other injuries.

The cause of the accident is under investigation. Police could not immediately say if the morning's foggy, wet weather was a factor.

The crash caused the closure of Washington Avenue between Jackson and Van Cedar streets for several hours. The road has since been reopened.

The vehicle was impounded for a safety check and police are asking anyone with information to call Third Squad detectives at 631-854-8352.