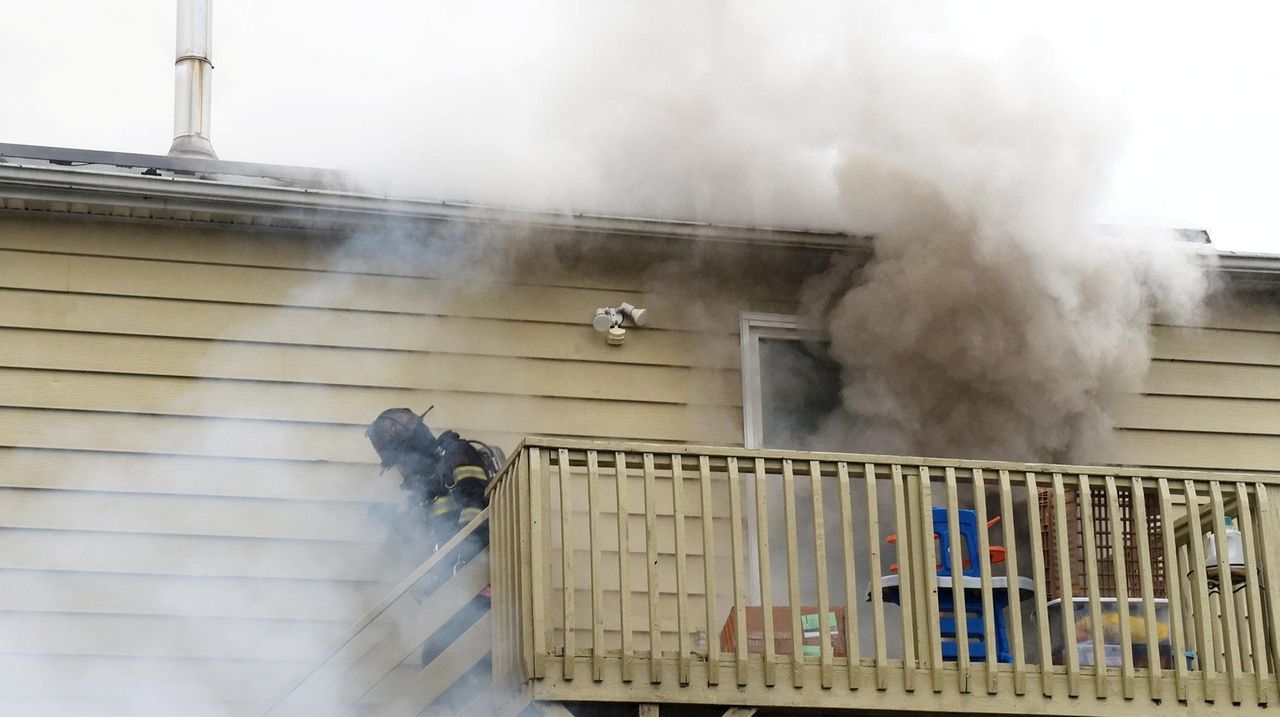 A house fire in Brentwood Sunday morning displaced 15 people. Tenant Miguel Morel said he helped a resident who is blind escape the blaze, as well as a dog. Credit: James Carbone

The fire department responded to a 9:42 a.m. call about the blaze at a single-family home on Hewes Street. Arriving firefighters found the house venting "heavy fire" out of a rear basement window, the news release said. About 80 firefighters from the Brentwood, East Brentwood, Central Islip and Commack fire departments responded to the fire, which took an hour to extinguish.

The cause of the fire is under investigation, a Suffolk County police spokesman said.

The American Red Cross on Long Island said it provided services to 14 individuals from three families that were living in the house, including five children ages 6-15.

The families were provided money to book a hotel and to buy food, clothing, blankets and stuffed animals, said Red Cross spokesman Michael de Vulpillieres. The nonprofit also provided a referral to provide temporary housing for a dog living in the home, de Vulpillieres said.

Miguel Morel, 22, who lived in the house for the past seven months, said he was taking a shower when he heard the landlady yell "Fire!"

"I just as quickly as possible and calmly as possible exited the shower," he said. Morel went to his room and saw flames. "My first thought is get everybody out," he said.

Morel said he went upstairs to knock on the doors of the other residents and heard the voice of James Acosta, who is blind. Morel helped him outside, and then went back to the studio apartment in the garage to save a dog.

Morel said he and the 14 other people, including the landlady and her son all lived in the home, which was broken up into several separate apartments. Not everyone in the building was related, he said.

Morel said it was an electrical fire that started in his room. "Thank God I wasn't sleeping," he said. "I’m still a little shocked."

One resident was taken to Southside Hospital in Bay Shore for a minor injury and fire personnel were treated at the scene for several minor injuries, according to the news release.