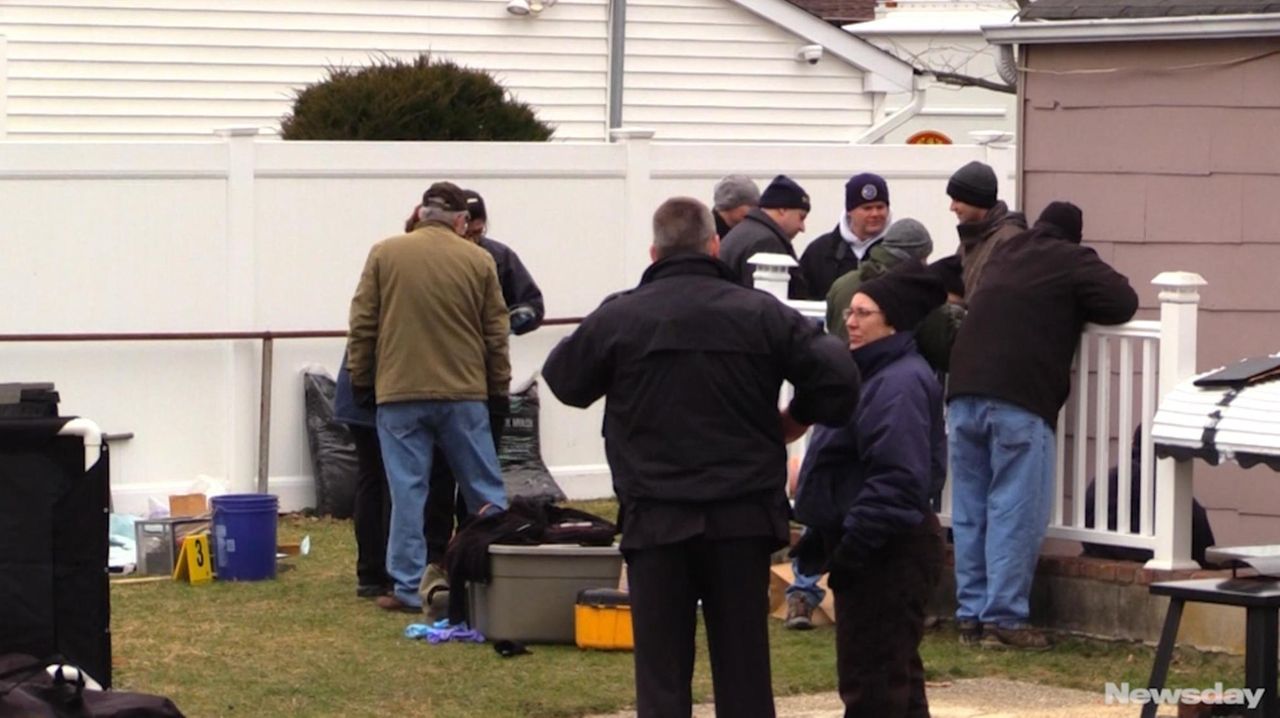 Suffolk police investigators spent Sunday digging for evidence in the backyard of a Brentwood home where authorities said human skeletal remains, possibly buried a decade ago, were found.

Residents of the home called Suffolk police after discovering a plastic bag containing the remains about 2 p.m. Saturday while planting flower bulbs at their home on Frank Street.

“It was like a plastic bag, like a garbage bag, so we called the police,” said Yvonne Martinez, who said she has been staying temporarily with friends who rent the home.

Suffolk homicide detectives were investigating the circumstances surrounding the remains, which were taken to the county medical examiner’s office to determine the identity of the person and cause of death, police said.

No further information was immediately available.

The house is in a quiet neighborhood of mostly single-story homes. On Sunday morning, police had taken over the block to create a command post. Investigators could be seen digging up dirt, putting it in buckets and sifting through it. Later, an officer searched the property with a metal detector.

Noelia Jiminez, who lives on the block with her family, said the people at the house where the body was found have lived there for a few years.