Evelyn Rodriguez, the mother of Kayla Cuevas, 16, who police said was killed by MS-13, will attend President Donald Trump's State of the Union address on Tuesday. Credit: Danielle Finkelstein

Evelyn Rodriguez, whose daughter’s killing, allegedly at the hands of MS-13 gang members, transformed the Brentwood mother into a vocal youth advocate, said she will attend President Donald Trump’s Tuesday State of the Union address as a White House guest.

“I feel very honored that I was invited,” Rodriguez said Sunday night from Washington, D.C. “It’s a great privilege.”

The White House did not immediately respond to inquiries seeking comment.

Rodriguez’s daughter Kayla Cuevas, was 16 when she and a friend, Nisa Mickens, 15 — both students at Brentwood High School — were brutally bludgeoned to death with bats and machetes by MS-13 gang members, authorities have said. 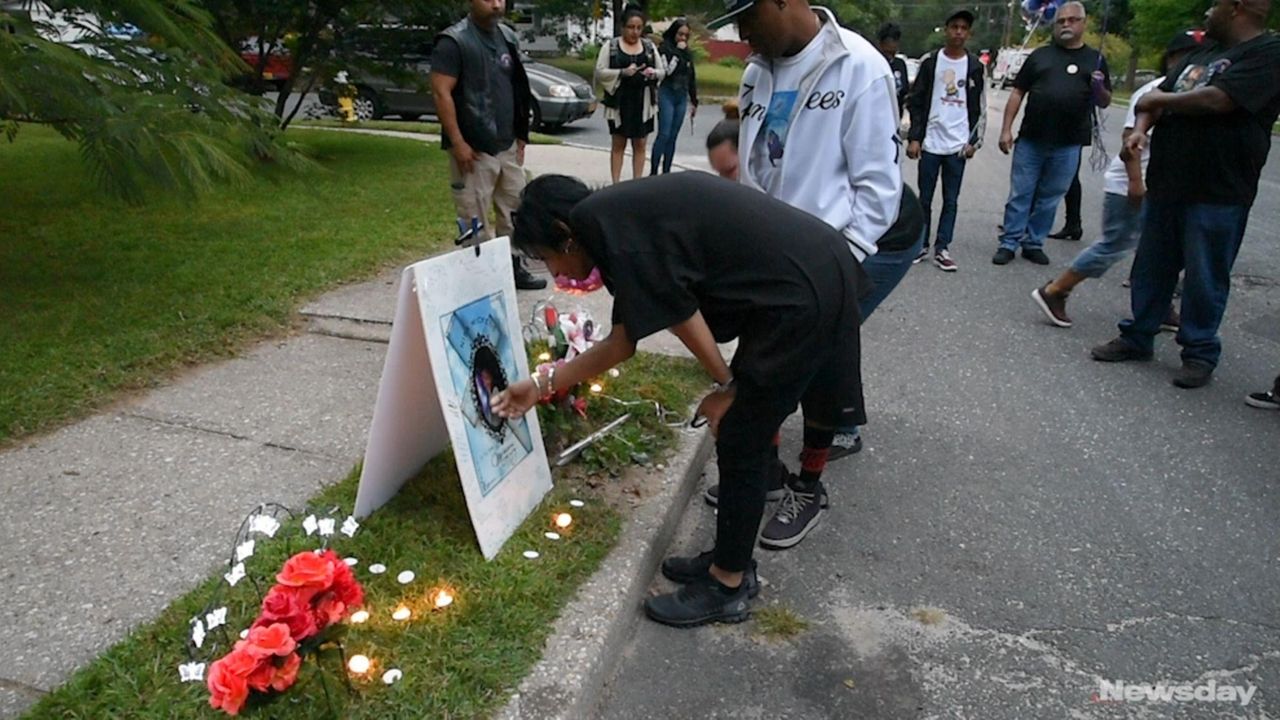 The girls’ killings focused a national spotlight on MS-13 violence in Suffolk and Nassau counties. Twenty-five people have been killed in both counties by members of the gang since 2016, authorities have said. Many of the gang members were in the country illegally from El Salvador and other Central American countries.

Trump, in speeches and tweets, mentioned the violence on Long Island as a means to illustrate his crackdown on illegal immigration and his pledge to build a wall on the southern border with Mexico.

Both Trump and Attorney General Jeff Sessions visited Suffolk last year, promising federal resources in the fight against the gang. The U.S. Department of Justice later awarded the Suffolk County Police Department a $500,000 grant for targeted police patrols, and school and community intervention programs, in an effort to crack down on MS-13.

Rodriguez, who said her husband, Freddy Cuevas, and victims’ rights advocate Barbara Medina will also attend Tuesday’s speech, said she has no position on one of Trump’s signature policy issues.

“I don’t really have a stand on immigration,” said Rodriguez. “All I’ve really said is everyone has a right to that American dream and giving back to the community. I’m also happy that President Trump is not turning a blind eye on this and making sure our kids our safe.”

Rodriguez said she imagines her daughter is “ecstatic” that her parents are attending the speech.

“When one door opens,” she said, “Kayla opens two doors for me.”

Suffolk County District Attorney Timothy Sini, who was police commissioner when Cuevas and Mickens were killed and named Rodriguez a member of his district attorney transition team, said Sunday that she is a “tireless advocate” for the county.

“She has really turned a personal tragedy into an energy to bring positive change in Suffolk County,” Sini said of Rodriguez. “She understands, unfortunately, firsthand what it is like to lose a loved one to crime.”

Rodriguez said she doesn’t know if she’ll get any face time with the president, but if she does, she’d tell him what kids in Brentwood need.

“Funding for resources, for our schools, our police department,” she said. “If they don’t have the funding, they can’t do their job.”

With Laura Figueroa-Hernandez and Michael O’Keeffe

Mother of slain teen sues schools for $110MThe mother of slain Brentwood High School teen Kayla Cuevas has filed a $110 million federal suit against the Brentwood schools saying the district failed to protect her daughter against MS-13 gang members and ignored warnings about repeated threats to the girl. Trump’s visit gives families of MS-13 victims hopeFamilies of MS-13 victims greeted President Donald Trump's Long Island visit Friday afternoon with a ... Brown: Mom tells how gang recruits at school It bears repeating, over and over again, that one teenager's run-ins with a violent gang ... Officials: Gang members charged in teen girls' killingsMore than a half-dozen members of the MS-13 street gang "whose primary mission is murder" were indicted in the brutal killings of two teenage Brentwood girls and a fellow gang member — part of a wave of violence that has terrorized the community, officials said.